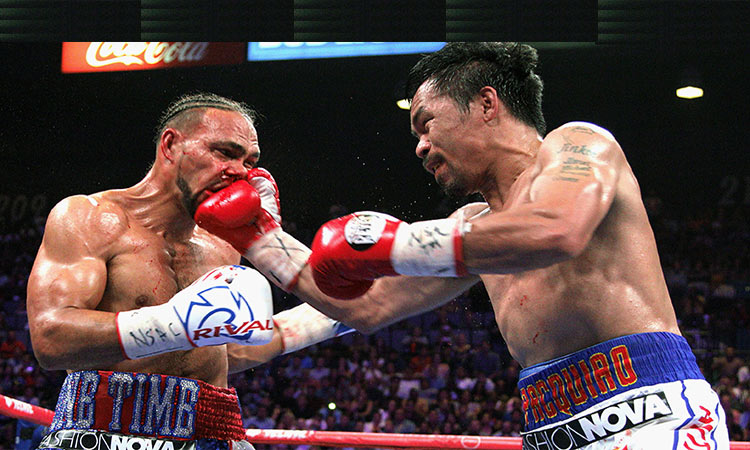 Manny Pacquiao (right) slams a right to the face of Keith Thurman during their match in Las Vegas, Nevada. John Gurzinski/AFP

• Pacquiao floored Thurman with an electrifying combination
• Thurman meanwhile had few complaints in defeat, embracing Pacquiao
• Pacquiao delighted the crowd with an Ali shuffle as the round closed

Although the bloodied Thurman rallied in the later rounds to narrow Pacquiao's lead, the judges scored it in the Filipino's favour. Two judges scored it 115-112 for Pacquiao with the third scoring it 114-113 for Thurman. 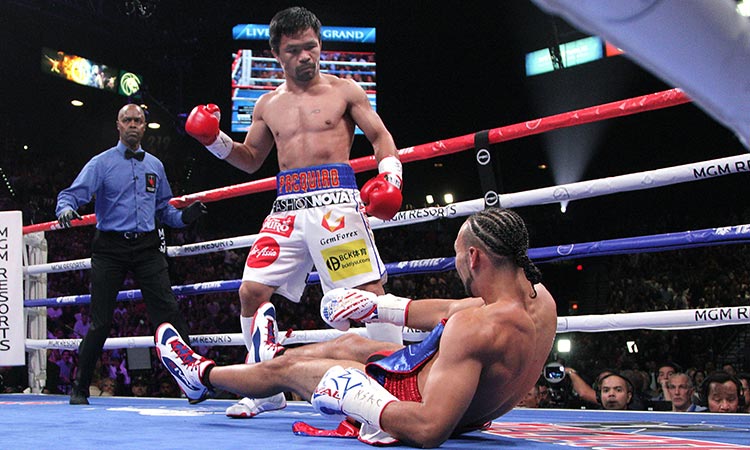 Manny Pacquiao (left) stands over Keith Thurman after sending him to the canvas during the first round. John Gurzinski/AFP

"It was fun," Pacquiao said afterwards. "My opponent is a good fighter and boxer. He was strong."

Thurman had riled Pacquiao in the build-up to the fight by vowing to "crucify" his deeply religious opponent, and later promising to send the Filipino icon into retirement.

"It was fun. My opponent is a good fighter and boxer. He was strong. I'm not that kind of boxer who talks a lot; we were just promoting the fight.

"I'm not that kind of boxer who talks a lot; we were just promoting the fight," he said.

"I want to clap my opponent. He's very tough. He can fight. This guy is a warrior."

Pacquiao, who earned an estimated $20 million from Saturday's fight, is now a major player in the competitive welterweight division once again after capturing Thurman's WBA welterweight 'super' champion belt.

"I think I will fight next year," said Pacquiao, who was due to fly out of Las Vegas for the Philippines shortly after the fight. "I will go back to the Philippines and work and then make a decision."

"I knew it was too close," Thurman said. "He got the knockdown so he had momentum in round one. 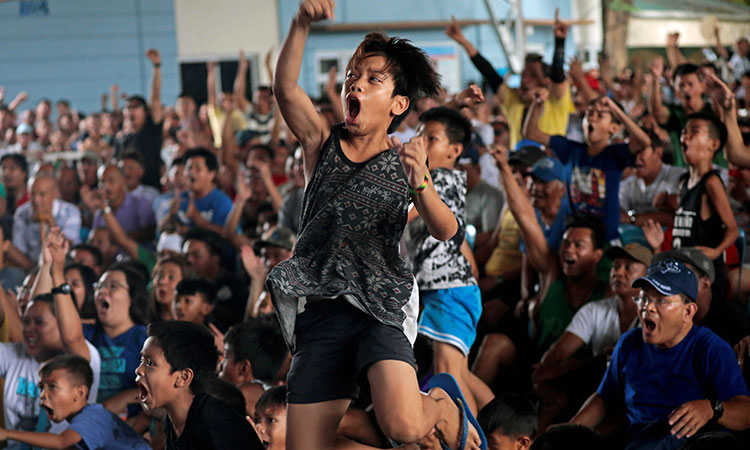 "This was a beautiful night of boxing. I wish I had a little bit more output to go toe to toe. I felt like he was getting a little bit tired, but he did have experience in the ring. I would love the rematch."

"My numbers just weren't up to par to be victorious tonight," Thurman said. "The fight just flew by. I knew I had to do something big in the later rounds but he was just too good."

Earlier, a pumped-up Pacquiao had danced into the ring to the strains of Rocky movie anthem "Eye of the Tiger" to bring the crowd to its feet.

Deafening chants of "Manny, Manny" rolled around the packed arena as Pacquiao immediately set about building an advantage.

Towards the end of the round, the crowd erupted as Pacquiao sent Thurman crashing to the canvas, uncorking a left to the ribs before detonating a right hand on the American's jaw. 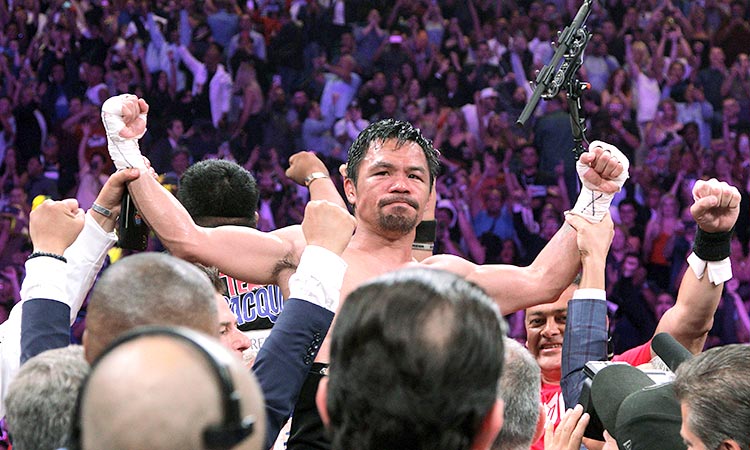 A dazzling combination wobbled Thurman again at the end of the second, and Pacquiao delighted the crowd with an Ali shuffle as the round closed.

Although Thurman improved, Pacquiao was able to control the tempo and had Thurman in trouble again in the fifth round with blood pouring from his nose.

Thurman though was in no mood to surrender and he came back strongly, snapping Pacquiao's head back with a right cross-left jab combination in the seventh round.

The younger Thurman appeared to be gaining momentum as the fight drew on, backing up Pacquiao with a clean combination in the eighth.

But again, Pacquiao responded strongly, swarming forward in the ninth round to have Thurman rattled again.

A ferocious Pacquiao body shot in the 10th had Thurman in trouble, again pushing the contest further out of reach.

Pacquiao drew on all of his experience in the 12th, skipping out of range cleverly to keep Thurman at bay and score a famous win. 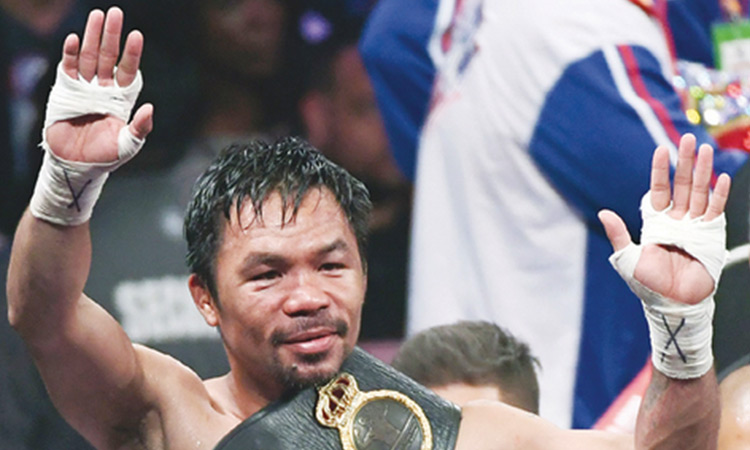 Filipino boxing icon Manny Pacquiao believes a change of opponent has had no impact on his training as he prepares to reclaim his world welterweight title on Saturday after a two-year layoff. At T-Mobile Arena in Las Vegas, Pacquiao takes on WBA champion 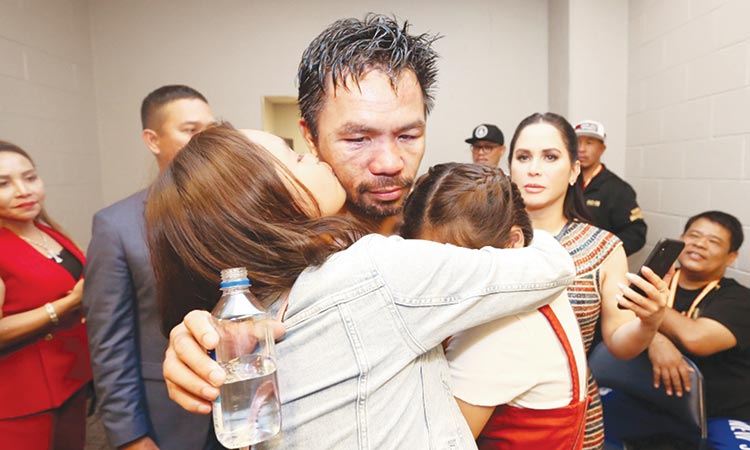 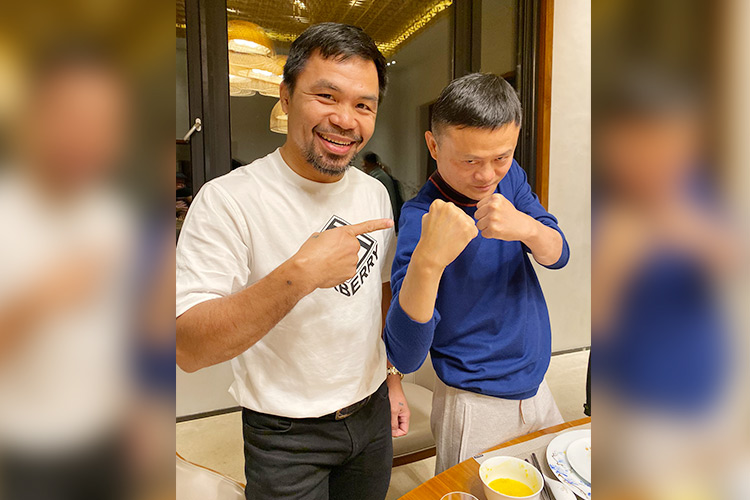