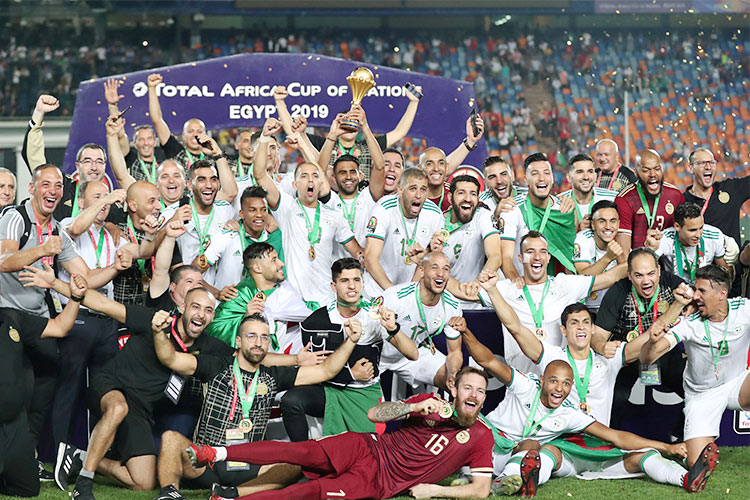 Algeria's Riyad Mahrez lifts the trophy as they celebrate winning the Africa Cup of Nations. Reuters

Baghdad Bounedjah's early goal propelled Algeria to a first Africa Cup of Nations title in 29 years after a fiery 1-0 victory over Sadio Mane's Senegal in Friday's final in Cairo.

For Senegal, who lost to Algeria by the same scoreline in the group stage, the long wait for a first continental crown goes on as coach Aliou Cisse, the captain of the 2002 runners-up, again fell short in the final.

Algerian fans from across the globe plunged into the streets to celebrate. In London’s Finsbury Park, fans were seen with flares and woowoozela’s celebrating their team’s victory. Twitter user Brother K (@BrotherKaufman) tweeted a video with the caption, “Madness in Finsbury Park after Algeria win Afcon 2019.”

It was the first title-decider to feature two African coaches since 1998, with Algeria boss Djamel Belmadi completing a whirlwind 12 months at the helm after inheriting a side that failed to make it out of the group stage two years ago. 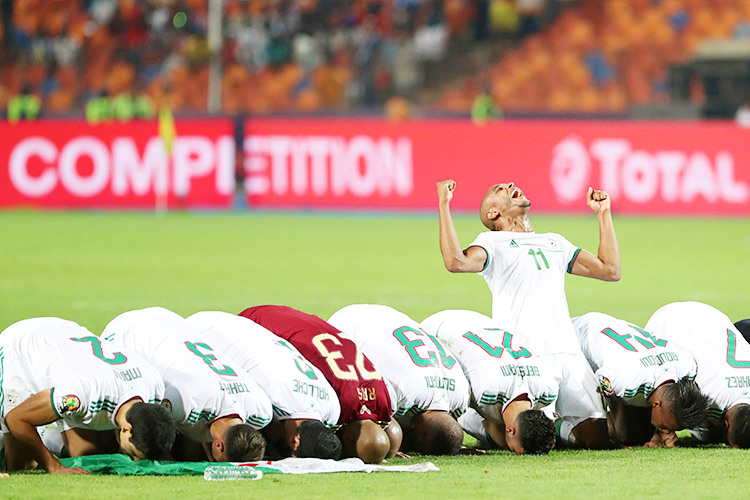 With defensive rock Kalidou Koulibaly suspended for Senegal, Salif Sane deputised at the back and Ismaila Sarr was recalled in attack, while Belmadi kept faith in the same side that overcame Nigeria with an injury-time free-kick from Riyad Mahrez.

Senegal had understandably feared the absence of Napoli star Koulibaly, banned after two bookings in the knockout rounds, although the towering Sane was desperately unlucky as Algeria grabbed the lead with scarcely a minute played.

As Bounedjah took aim from 20 yards his effort smacked off Sane and arced high into the air before dropping underneath the crossbar and beyond a static Gomis, sparking delirious celebrations from both players and fans, some of whom arrived for the final on military planes provided by the Algerian government.

It was the first time Gomis had conceded in almost 400 minutes in Egypt having replaced the injured Edouard Mendy ahead of Senegal's final group game. 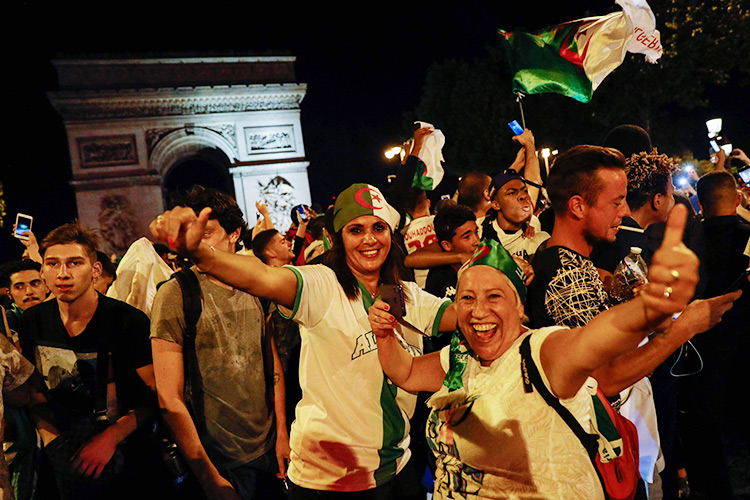 Algerian supporters celebrate in front of the Arc de Triomphe in Paris. AFP

Henri Saivet, who missed a penalty in the 1-0 victory over Tunisia, tried to catch Rais Mbohli out with a free-kick while Mbaye Niang fizzed a powerful drive just over as Senegal gradually showed signs of life before the half ended with both sets of players embroiled in a scuffle as they headed for the tunnel.

Senegal thought they had won a penalty on the hour when Cameroonian referee Alioum Alioum pointed to the spot for a suspected handball by Adlene Guedioura, but the official reversed his decision after a VAR review.

Niang rounded an advancing Mbohli after a searching ball through from Cheikhou Kouyate but the forward sliced wide of the target from a tough angle, with the Algeria 'keeper then acrobatically tipping over a rasping drive from Youssouf Sabaly.