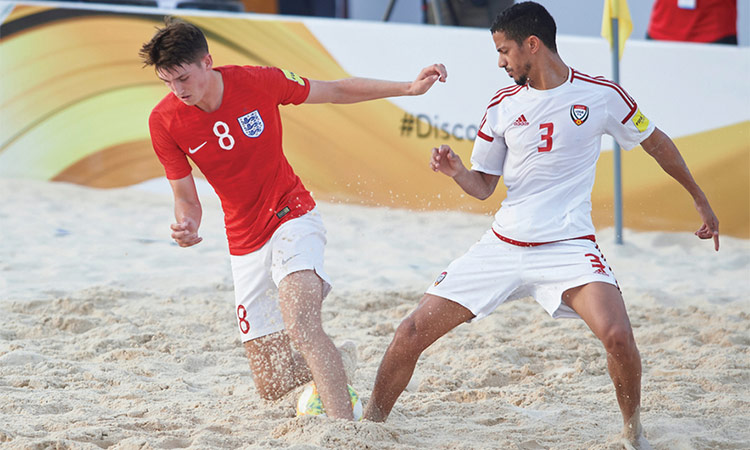 Players of the UAE and England in action during their Neom Beach Soccer Cup match on Wednesday.

The first half was more about studying the opponent rather than trying to running up front trying to do harm as both teams had not faced each other too many times before.

UAE’s goalkeeper Humaid broke the deadlock from the distance to give his team lead before the half time.

The UAE doubled their advantage as soon as the second half began, with Abbas Ali making it 2-0.

James Temple tried to lead the English charge before it was too late and pulled one back for the Three Lions to reduce the gap.

Later in the second half, Ahmed Khalaf and Waleed Beshr each scored a goal to make it 4-1 for the Emiratis and virtually sealing the victory for their team.

Minutes went by, and the score would not move again, confirming that the first points of this Neom Beach Soccer Cup would remain in UAE’s hands. The final 4-1 got Mohamed Al Mazmi’s side the eventual leaders of the competition.

In another match, the hosts team upset Team Dragon for a win in their first game back in beach soccer.

Saudi Arabia made a brilliant first step in the tournament defeating China to secure three very important points in this new awakening to beach soccer.

A much more experienced China dominated the first half.

Despite Saleh opened the score for the Saudi, it was the Chinese team who managed to get to the final of the first leg 2-1 ahead.

That did not let the hosts down as they kept on fighting, acknowledging that they had very significant chances to grasp the win on Wednesday and give their people the best possible beginning of the competition.

Saudi’s Ashraf and Muhannad scored a goal each to turn the game around and put their team ahead once again.

The stroke exchange after that left things 5-4.

The 6-4, by Muhannad again, was the turning point for the hosts.

China kept trying to counteract, and Cunde Wang pulled one back for the Chinese, with one minute still to go, but the Team Dragon’s reaction did not go any further as Saudi Arabia sealed their first win in their first game back to the beach after many years.

The tournament, which will run from July 17 to 20, is splited into two groups of three teams.

Group A consists Saudi Arabia, China and neighbours Egypt, while Group B comprises of England, the tournament’s only European side on FIFA Beach Soccer World Cup attendees, along with  UAE and Oman.

The first-place finishers of each group will meet to contest the first ever title in Neom on Saturday, while the teams finishing second will play for third place.

Team Oman was the last-minute replacements for Argentina, who are unable to attend the event due to administrative reasons. 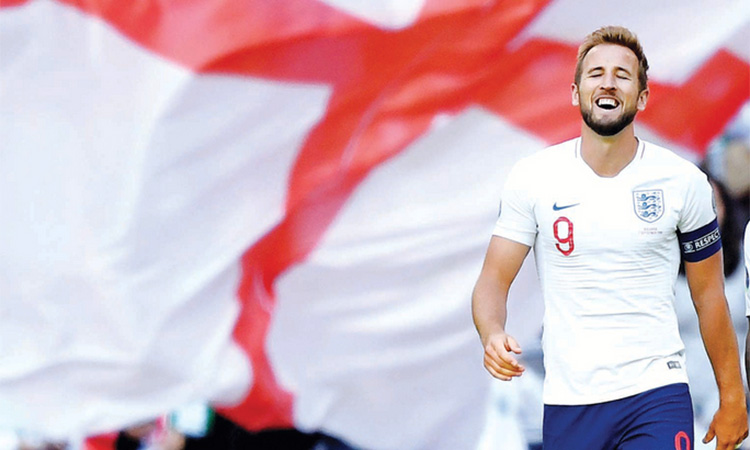 Harry Kane kept England on course to qualify for Euro 2020 as the skipper’s hat-trick inspired a 4-0 demolition of Bulgaria on Saturday. 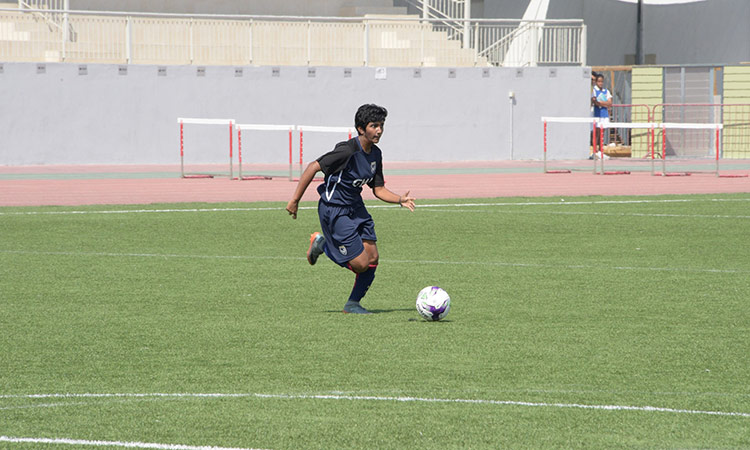 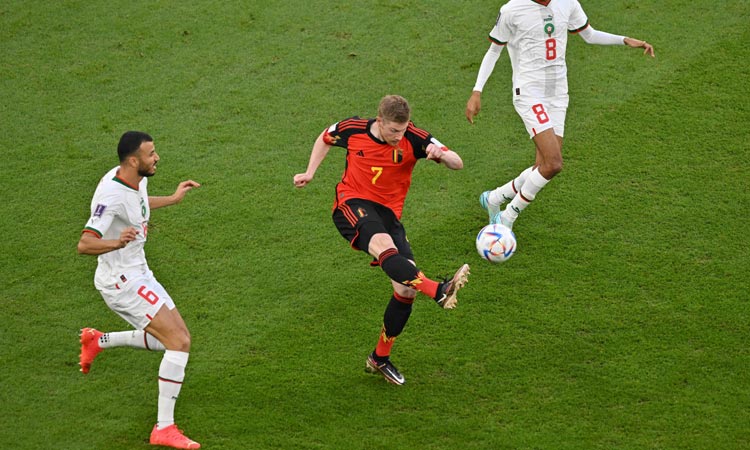