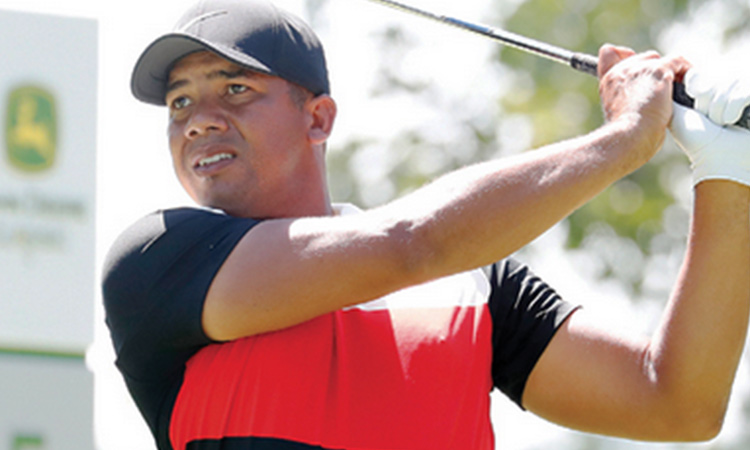 Jonathan Vegas hits his tee shot on the 5th hole during the John Deere Classic at TPC Deere Run on Friday. Reuters

Vegas fired the second-lowest round of his PGA career, his lowest total since a 60 at the 2016 Barbasol Championship, to stand on 13-under 129 after 36 holes at TPC Deere Run in Silvis, Illinois.

American Andrew Landry fired his second 65 to hold second on 130 while Glover was another stroke adrift. Glover holed out at the par-5 10th on his approach from 255 yards with a 3-iron for the albatross, putting him in the hunt for his first PGA victory since 2011.

Glover’s ball bounced four times before rolling on the 10th green and into the cup. Vegas seeks his fourth PGA title after wins at the 2011 Bob Hope Classic and the 2016 and 2017 Canadian Opens. He would also like the British Open berth available to the best top-five finisher not already qualified for next week’s final major of the year at Royal Portrush. He missed the cut in the Open the past two years.

Vegas made a swing breakthrough on the driving range this week that has made a big difference in his game. It marked the sixth consecutive US PGA round with a player firing a 62.

Kim ran off four birdies in a row starting at the third hole, added birdies at 12 and 15 and closed with a birdie at the par-5 18th to finish 36 holes on 11-under 131 at Highland Meadows in Sylvania, Ohio.

Kim seized a one-stroke lead over ninth-ranked Lee6 with Americans Lexi Thompson, Jennifer Kupcho and Stacy Lewis sharing third on 133. Kim is chasing her ninth LPGA victory and second of the year. 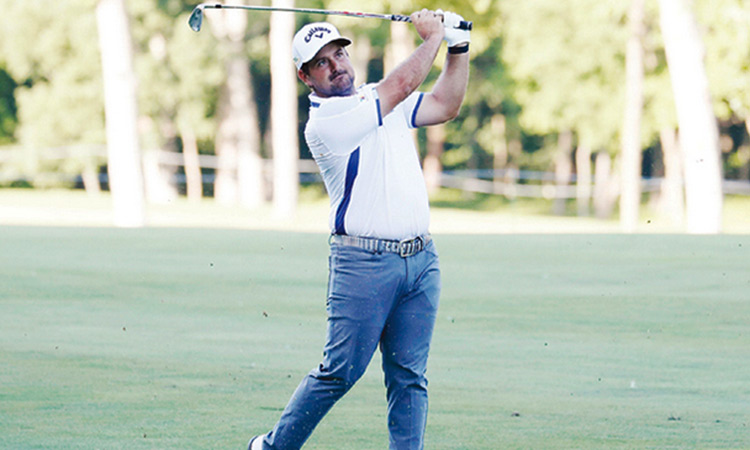 Silvis: Mexico’s Roberto Diaz birdied four of the first five holes on his way to a nine-under par 62 for a two-stroke lead after Thursday’s first round of the US PGA John Deere Classic in Silvis. Diaz, ranked 430th in the world, was among the last players on the course at TPC Deere Run but completed a bogey-free