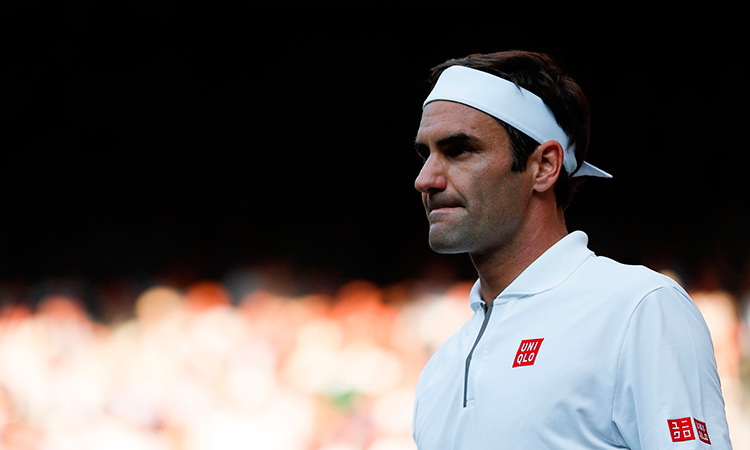 Roger Federer looks on against Rafael Nadal during their semi-final match in Wimbledon, London, on Friday. Adrian Dennis /AFP

Eight-time Wimbledon champion Roger Federer believes the "stars have aligned" as he attempts to become the oldest Grand Slam winner of modern times in Sunday's final against Novak Djokovic. 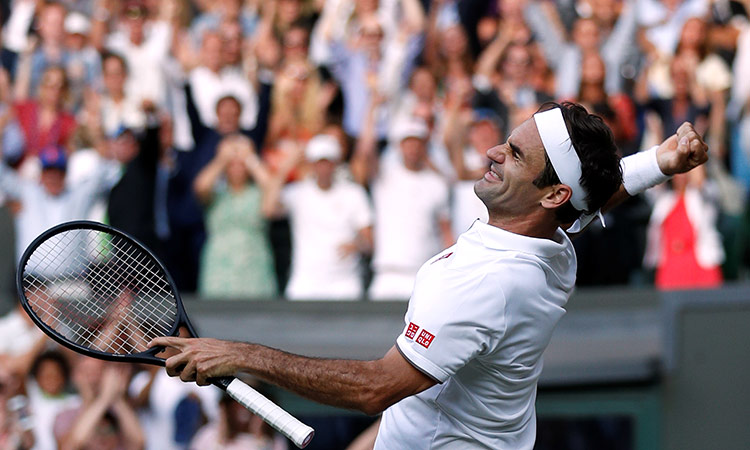 Federer has lost all four of their most recent meetings at the Slams and it's now seven years since he triumphed over the 32-year-old at the majors.

That was 2012 in four sets in a Wimbledon semi-final.

However, Federer, who will be 38 next month, insists such statistics are meaningless as he attempts to succeed Ken Rosewall, at the 1972 Australian Open, as the oldest Slam champion of the Open era.

"It's been a rock solid year for me. I won in Halle (on grass on the eve of Wimbledon). The stars are aligned right now," said Federer.

"From that standpoint I can go into the match very confident."

Federer, who passed the 100-win mark at Wimbledon in his quarter-final victory over Kei Nishikori, is feeling especially confident after seeing off Rafael Nadal in four sets in the semi-final.

That win was crucial coming as it did just a month after his old rival had condemned him to his worst Slam loss in 11 years in the semi-finals at Roland Garros. 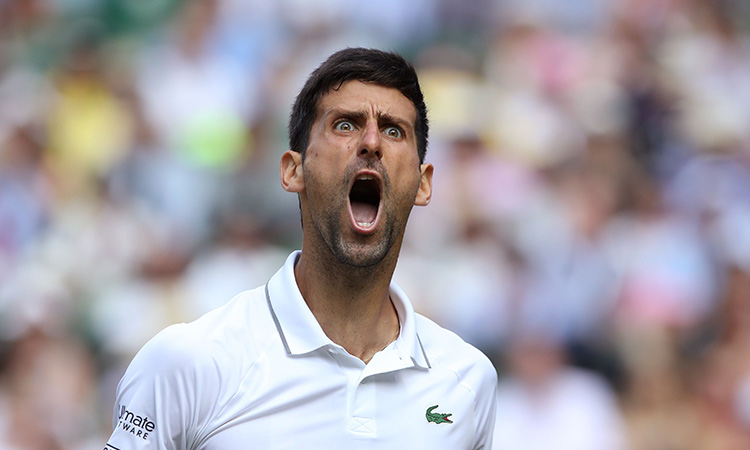 Appearing in his 12th final at the All England Club, and 16 years after his maiden Wimbledon title triumph, Federer believes there is little new that either he or Djokovic can do to prepare for Sunday's showdown.

"This is like at school -- on the day of the test you're not going to read, I don't know, how many books that day.

"It's quite clear the work was done way before."

There is no doubt whatsoever as to who the crowd will support.

Djokovic, a 15-time Grand Slam champion, is respected by British fans but certainly not revered in the same saintly fashion reserved for Federer.

Too intense and too new age for modest British tastes, Djokovic did little to endear himself in his semi-final win over Roberto Bautista Agut.

After a punishing 45-shot rally ended in his favour, the Serb roared out his frustration, cupped his ear and placed an admonishing finger to his lips as most of Centre Court willed the ball to fall in the Spaniard's favour.

"Look, I focus on what I need to do," said Djokovic.

"At times they wanted him to come back into the match, maybe take a lead because he was an underdog.

"I understand that. But I had enough support here over the years, so I don't complain."

Djokovic has yet to be truly tested at this Wimbledon.