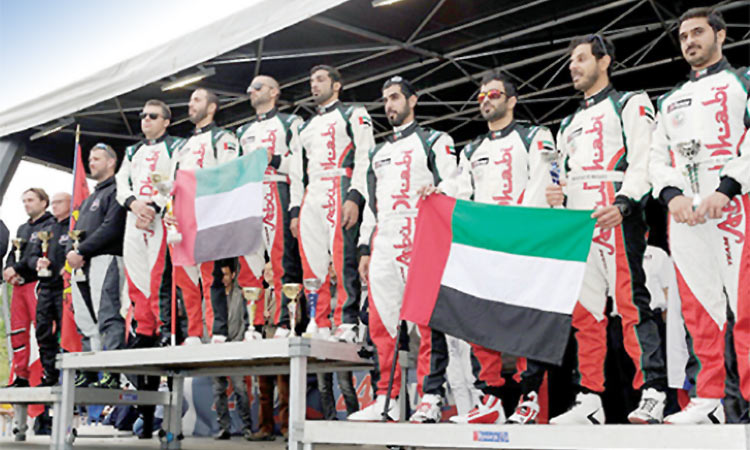 Team Abu Dhabi have the upper hand as they head into the decisive round of the World Endurance Championships in Augustow.

Reigning Formula 1 individual champion Shaun Torrente of Team Abu Dhabi and his team-mates Emiratis Rashed Al Qemzi, Rashed Al Tayer and Italian Tullio Abbate have the upper hand as they head into the decisive round of the World Endurance Championships this weekend.

Team Abu Dhabi’s pursuit of a quadruple world powerboat racing triumph switches to northern Poland as they look to clinch a first major title of the season in Augustow.

Victory in the 24 Hours of Rouen in France two months ago for the crew of Abu Dhabi 35 has put them in pole position for the Necko Endurance, which consists of two six-hour races on Saturday and Sunday.

The all-Emirati line-up of Faleh Al Mansoori, Rashed Al Remeithi, Majed Al Mansoori and Mohamed Al Mehairbi, who took Team Abu Dhabi 36 to third place in Rouen, will also be in the hunt again on the Necko Lake.

The two crews have been spending two days training in San Nazzaro, Italy this week under the guidance of team manager Guido Cappellini and Salem Al Remeithi, General Manager of Abu Dhabi International Marine Sports Club, prior to the start of practice on Necko Lake on Friday.

With four powerboat world titles the outright target for the team this season, Torrente tops the UIM F1H2O World Championship standings while Rashed Al Qemzi leads the F2 title race after his recent victory in Lithuania.

Torrente hopes to have the world endurance crown in his possession before heading straight from Poland to Italy to begin his defence of the UIM XCAT World Championship alongside Faleh Al Mansoori the following weekend.

“It’s one step at a time and we have to stay focused on the next race,” said the American who maintained his lead in this year’s F1 title race with second place in Grand Prix of France where Team Amaravati’s Jonas Andersson held of a sustained challenge from him to take a sixth career-victory in Evian to move into second place in the world championship standings.

Third place went to Torrente’s Abu Dhabi team-mate Qemzi, but once again there was more agony and heartbreak for CTIC F1 Shenzhen driver Philippe Chiappe whose race came to a premature end for the fourth time in five outings on Lac Leman, retiring from a comfortable lead on lap 15 of 40.

From the restart Andersson was able to control the pace out front but was unable to shake off Torrente, his lead fluctuating between two and four seconds, but held on to run out the winner by 1.97s.

Behind the leaders an epic fight for the final podium slot unfolded between Qemzi and Emirates Racing’s Marit Stromoy who, after losing out at the start and dropping two places to fourth, fought back and closed in and passed Qemzi at the end of lap 25 but he struck back immediately regaining the place on the next lap. 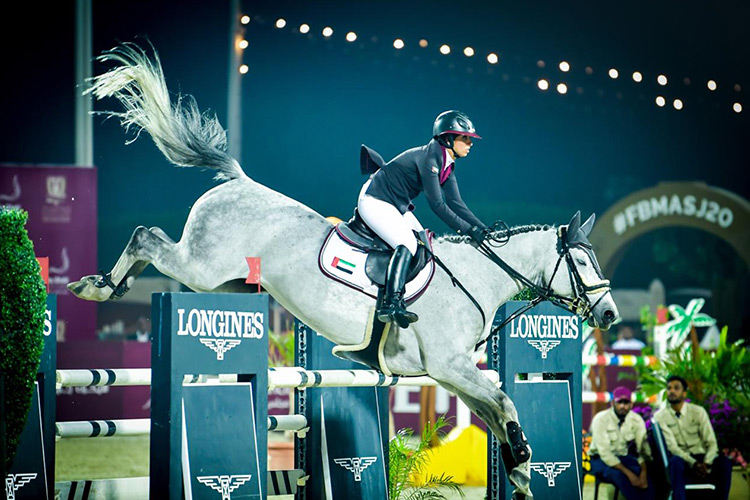 The academy’s initiatives are in line with the UAE’s vision to strengthen Abu Dhabi’s position as a premier sporting destination hosting important events, including the annual FBMA International Show Jumping Cup under the name of the Academy. 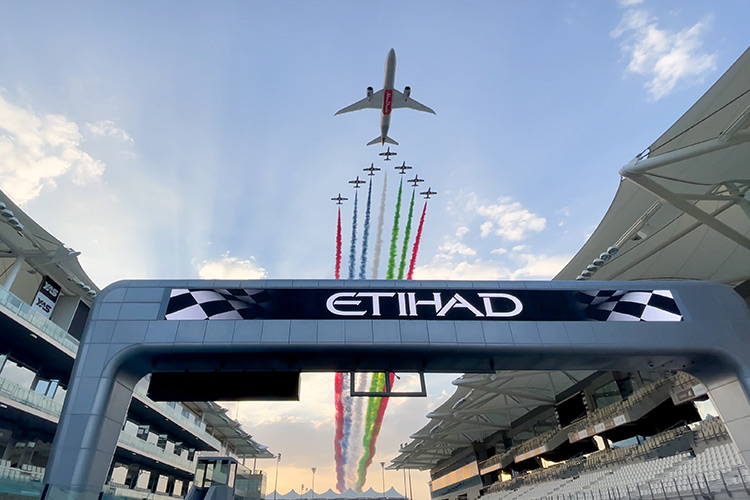 Moments before the start of the 17th and final race of the 2020 Formula 1 calendar, Etihad’s Boeing 787 Dreamliner was accompanied by the Al Forsan Aerobatic team in the skies above Yas Island.