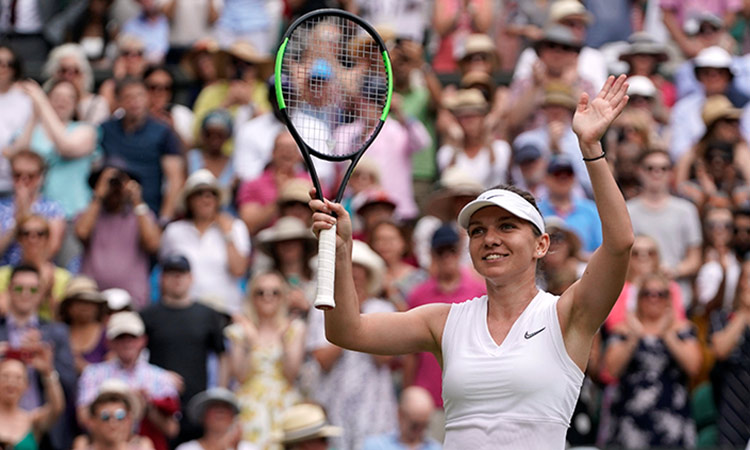 Simona Halep celebrates after winning her semi-final match against Elina Svitolina on Thursday. Will Oliver / Reuters

It seemed as if Simona Halep might be in for a long afternoon when her Wimbledon semifinal against Elina Svitolina on Thursday began with a pair games encompassing 32 points across 20 minutes.

Halep excels at this type of play, more frequently seen on clay courts than grass, and soon enough was on her way.

Reaching her fifth Grand Slam final, but first at the All England Club, Halep outplayed Svitolina 6-1, 6-3 under a cloud-filled sky at Centre Court in a match that lasted only 73 minutes.

On Saturday, she will seek to add to her 2018 French Open championship by beating either Serena Williams or Barbora Strycova in the title match.

Williams, who owns seven Wimbledon titles and 23 Grand Slam trophies in all, and Strycova, playing in her first major semifinal at age 33, played each other later Thursday.

Svitolina, seeded No. 8, had never been to the final four at any Slam, either. With her boyfriend, former top-10 player Gael Monfils, in the stands, Svitolina made things competitive enough at the outset.

Svitolina even earned three break chances in that opening game, but Halep eventually held there on the 16th point. Another game of the same length followed, and there again were three break points, except the difference was that Halep converted her last when Svitolina pushed a backhand wide.

While Svitolina would break back at love, that was pretty much the end of her challenge to Halep, who scrambled to cover the court so well, took balls early and created angles that earned her points.

That style of play serves the Romanian so well at Roland Garros, where she was the runner-up twice in addition to last year's title. Halep also reached an Australian Open final.

The former No. 1 never had that kind of success at Wimbledon until now. Halep did get to the semifinals at the All England Club in 2014, but hadn't been back to that round since.

She wasn't about to let this opportunity slip away. Her play was intense. So was her body language, including when Halep looked up at her coach, yelled and extended an arm in the first set's final game.

By then, she was in control.

"It's an amazing feeling and I'm really excited - and also nervous because of this," Halep said. "It's one of the best moments of my life." 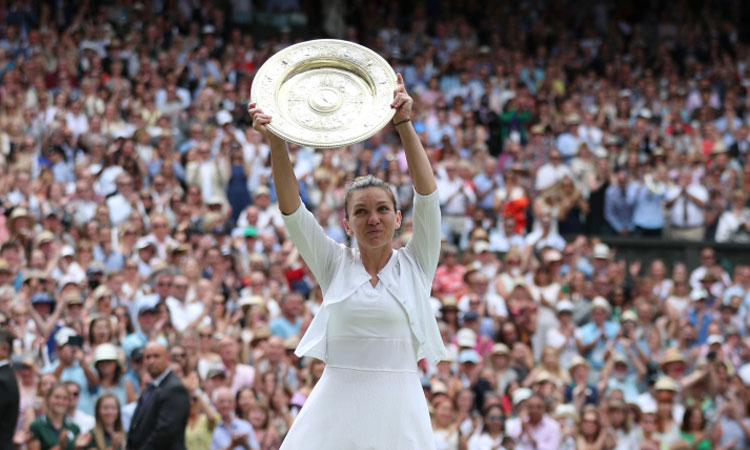 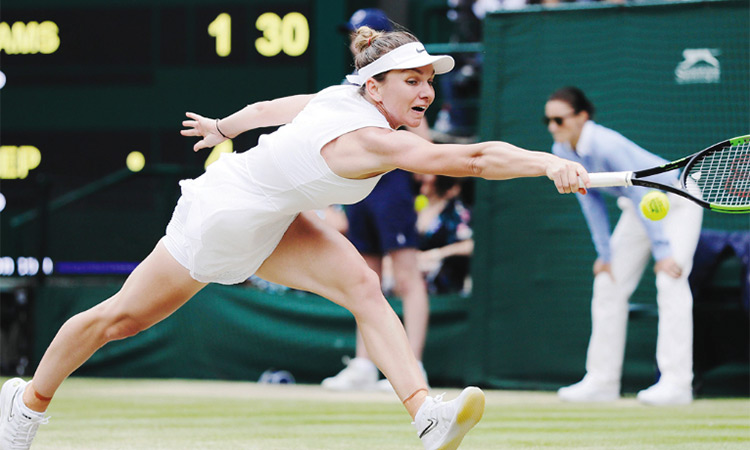