Group defeats no bother to Williamson ahead of final - GulfToday 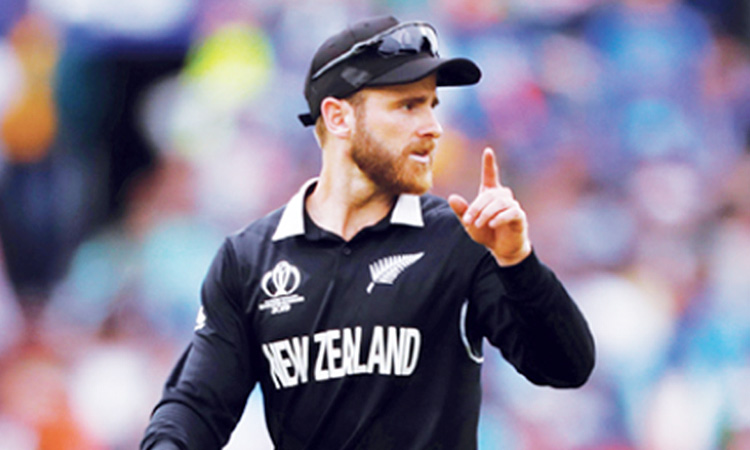 New Zealand’s Kane Williamson ruled out that loss against England in the group stages will have any bearing in final. Reuters

The Black Caps, who only reached the last four on net run-rate, upset the odds to beat group table-toppers India by 18 runs in a dramatic semi-final at Old Trafford on Wednesday.

And after what New Zealand media quickly dubbed ‘The Manchester Miracle’, the understated Williamson insisted the 2015 runners-up had every chance of going one better and winning their first World Cup title.

Williamson is confident despite a 119-run loss to England in the initial 10-team group stage.

“Every game throughout the round-robin was worth a couple of points so they were all important,” Williamson said.

“Obviously a semi-final is worth a few more than two points. But, you know, we’ll go into another match and try to implement similar things that are important to our side, that gives us the best chance of success.

“But we turn up on the day and anybody can beat anybody. It’s important that feet are on the ground and we look forward to that challenge.”

Asked what this win would mean for cricket in New Zealand, where rugby union’s world champion All Blacks dominate the sporting scene, Williamson said: “I don’t think it will change the number one sport.

“I’m sure people back home are pretty excited and, you know, another great opportunity to play in a World Cup final.

“Only every four years do you get the opportunity to play in a World Cup, let alone make a final,” added Williamson, as wives and girlfriends of the New Zealand squad, many clad in replica shirts, together with some of the players’ children, mingled on the outfield at Old Trafford.

“But at the same time, we just want to reflect on the good things we did in this match and the things we want to improve on.”

New Zealand made 239 for eight on a tricky pitch, Ross Taylor top-scoring with 74 and Williamson contributing 67 as the two senior batsmen showed their class again.

But the crucial phase of the match came when Matt Henry and Trent Boult ripped through a much vaunted top order to reduce India to 24 for four in 10 overs.

Not even a defiant rearguard seventh-wicket stand of 116 between veteran former captain MS Dhoni (50) and all-rounder Ravindra Jadeja (77) could deny New Zealand victory.

The game was still just about in the balance when Dhoni was run out by a brilliant direct hit from Martin Guptill.

This has been a woeful tournament with the bat for the opener, with Guptill -- the leading run-scorer at the 2015 World Cup -- out for just one, his fifth single score in this edition, when the rain-interrupted game began on Tuesday.

But Williamson said: “He’s probably the only man on the pitch that could perhaps create that run-out.

“Contributions can come in so many different ways. For him to pull off what was a significant turning point in the match was special.”

“A brilliant fighting effort from our guys on another tough surface,” Black Caps skipper Williamson said.