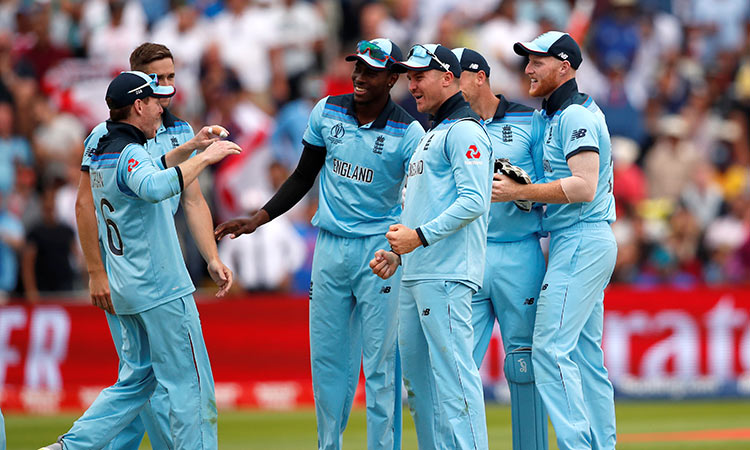 England players celebrate the run out of Australia's Steve Smith during their match at Edgbaston on Thursday. Andrew Boyers / Reuters

Only Steve Smith, with 85 off 119 balls, offered any real resistance for the Australians as they were dismissed for 223 in 49 overs in the second semifinal at Edgbaston on Thursday.

New Zealand awaits the winner at Lord's on Sunday. The Blacks Caps successfully defended 239-8 in the first semifinal against India.

At one stage, Australia, the defending five-time champion, was rocking on 14-3 against the tournament host after a brilliant opening spell by strike-bowlers Jofra Archer and Chris Woakes. Aaron Finch was out off his first ball, trapped lbw by Archer, and David Warner - Australlia's top scorer in this World Cup - edged Woakes behind for 9 off 11 balls.

That dreadful start brought Smith and Alex Carey (46) together and they put on 103 runs for the fourth wicket, with Carey soldiering on despite being struck on the head by a rising delivery from Archer.

Carey's helmet was actually removed by the force of the 139-kph (86-mph) delivery, with the batsman catching it before it dropped to the ground. Carey received treatment on his jaw, with blood seeping through the bandage wrapped around his head.

Carey and Marcis Stoinis (second-ball duck) fell in the same over to legspinner Adil Rashid, who delivered his tournament-best figures of 3-54.

Wickets kept falling around Smith, who was jeered when the lineups were announced, when he came out to bat after seven balls, and even when he reached his fifty. Yet the former captain carried on unperturbed, underpinning the innings with his best score of this World Cup until he was run out by wicketkeeper Jos Buttler at the non-striker's end as he tried to pinch a single with 18 balls left.

Smith scored 105 against India in the 2015 Cricket World Cup semifinals.

Australia hasn't lost any of its seven World Cup semifinals, but hasn't won at Edgbaston in any format since 2001. 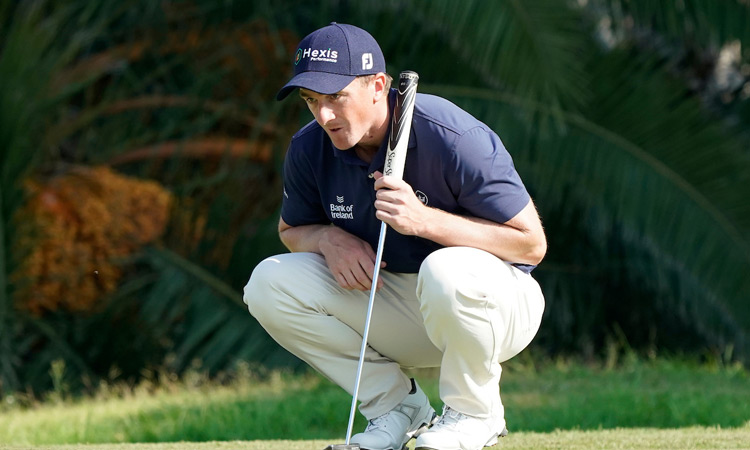 The draw for the UAE qualifier for PIF Saudi International powered by SoftBank Investment Advisers has been published.