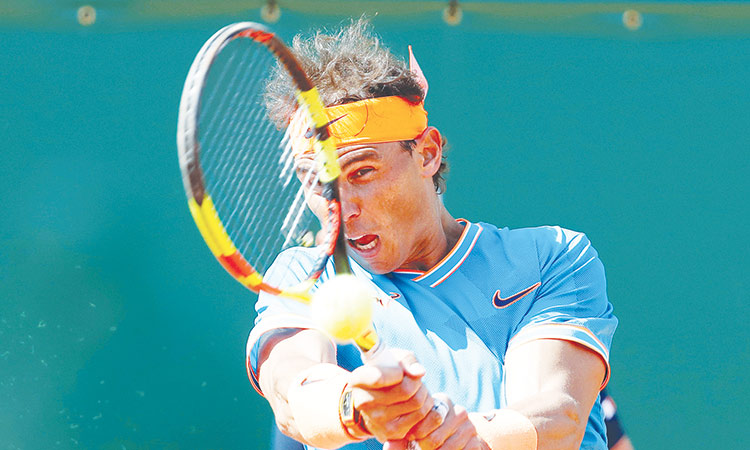 Rafael Nadal plays a shot at the Wimbledon quarter-final match against Sam Querrey on Wednesday. Reuters

The 37-year-old will be playing in the semi-finals of a major for the 45th time.

Friday’s semi-final will be the pair’s 40th meeting and third at Wimbledon after Federer won the 2006 and 2007 finals before Nadal swept to his famous 2008 triumph.

The other semi-final will see four-time champion and top seed Novak Djokovic tackle Roberto Baustista Agut, the 23rd Spaniard who has made the last-four at a major for the first time.

Federer is also the oldest man to make the semis of a major since Jimmy Connors at the 1991 US Open.

“We have a lot of information on Rafa and so does he about us. I know people always hype it up in a big way,” said 20-time major winner Federer.

“They did that again in Paris this year (when Nadal won their semi-final in straight sets). I’d love to play against him here at Wimbledon.

“But I go about it like every other match.”

Nadal, who was also champion in 2010, broke Querrey six times, sent down 10 aces and 44 winners in a convincing display which will give him great hope of beating Federer for the 25th time.

Djokovic reached the Wimbledon semi-finals for the ninth time, racking up his 70th career win at the All England Club in the process.

The defending champion hit back from a break down in the first set to carve out a commanding 6-4, 6-0, 6-2 win over 21st seed David Goffin of Belgium.

In a ruthless display, Djokovic reeled off 15 of the last 17 games to secure a place in the semi-finals of the majors for the 36th time.

“He started well and was dictating play from the baseline,” 32-year-old Djokovic said of Goffin.

“Things could have gone a different way if I had lost the first set but I was very pleased with the second and third.

He added: “I had a tough match in the third round (against Hubert Hurkacz). Other than that, I’ve won in straight sets and played really well throughout the tournament.

“It’s exactly what I wanted and hopefully I can go in the right direction in the semis as well.”

Goffin was on top in the early stages as he sensed the opportunity to become the first Belgian man to make the semi-finals at a Slam since Xavier Malisse at Wimbledon in 2002.

He broke for a 4-3 lead but 15-time Slam winner Djokovic then reeled off the next nine games, taking the first set, and the second in which he allowed the Belgian just four points on his serve.

The contest was over by the time Djokovic broke for a 3-1 lead in the third set.

Bautista Agut, 31, booked his first appearance in a Slam last-four at the 27th attempt by seeing off Pella, who had never previously reached a quarter-final at the majors.

However, two of those wins came this year in Doha and Miami. 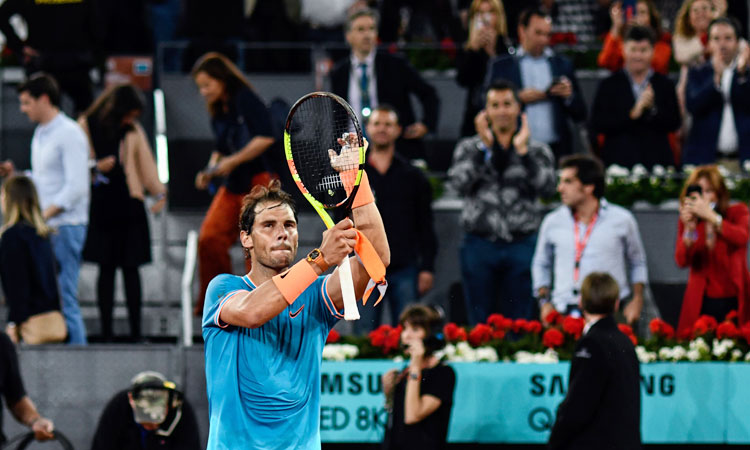