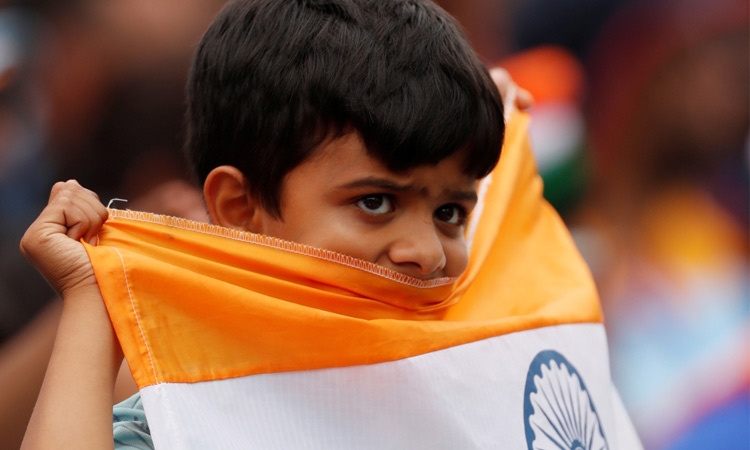 An India cricket fan reacts after losing the match against New Zealand on Wednesday. Reuters

Indian cricket fans reacted with shock and dismay on Wednesday after their stunning World Cup exit, with Prime Minister Narendra Modi hailing the team's "fighting spirit" and his main rival saying a billion hearts were broken.

"A disappointing result, but good to see #TeamIndia's fighting spirit till the very end," the prime minister said on Twitter.

"India batted, bowled, fielded well throughout the tournament, of which we are very proud. "Wins and losses are a part of life." 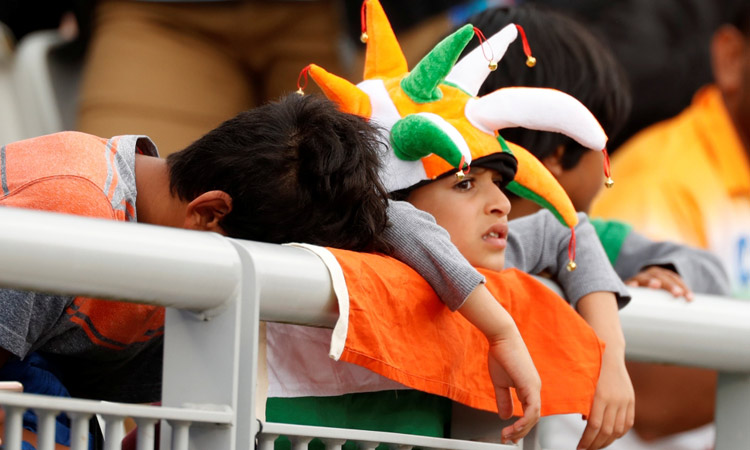 India fans react during the semi-final match on Wednesday. Reuters

Rahul Gandhi, until recently the head of the main opposition Congress party, said: "Though they're a billion broken hearts tonight, Team India, you put up a great fight and are deserving of our love & respect."

The Times of India said on its website that New Zealand had "stunned" the national side, calling the victory target "modest."

The Hindustan Times said that Jadeja's "heroics" were "in vain" while the Indian Express ran with "Heartbreak" and a photo of Kohli trudging up the stairs at Old Trafford, bat under his arm, after his early dismissal. 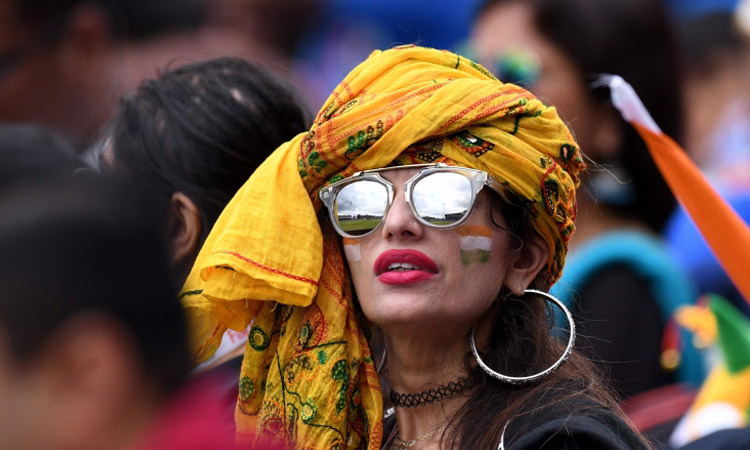 An Indian supporter looks on during the first semi-final at Old Trafford on Wednesday. AFP

Near the end of the semi-final against New Zealand, with India still in with a chance, a crowd of some 400-500 fans cheered and danced at every big hit on a big screen at an amphitheatre surrounded by offices in Gurgaon outside Delhi.

But when MS Dhoni, India's warhorse, was spectacularly run out by Martin Guptill's direct hit to follow Ravindra Jadeja back to the pavilion, the fans knew the game was as good as over and most walked out, devastated.

"We are feeling sad, and you can see me, I feel like crying," said office worker Neeraj Singh, sobbing, after New Zealand's dramatic 18-run win.

"We love Team India, we love Kohli, we love Mahi (MS Dhoni) and forever we will love cricket. And like our boss Kohli has said, Dhoni will forever be our captain in our hearts," he said. 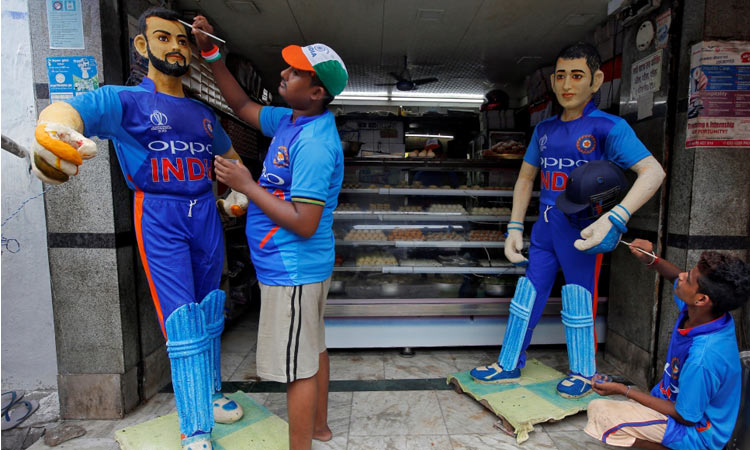 Confectioners decorate models, made out of sweets, depicting Virat Kohli and Dhoni at a sweets shop in Kolkata. Reuters

Fellow fan Prabhdeep Singh said that after India lost early wickets, including that of captain Virat Kohli to reduce the two-time champions to 24 for four, Dhoni and Jadeja had given them hope of victory.

"We were thinking we will get the World Cup, but how can I say, we are feeling very bad and sad now," he said.

"At the start (of the match) I didn't think India would win but then our hopes were increasing. But at the last we lost the match, so I feel very low and sad." Modi said he was still proud.

"Ravindra Jadeja along with Dhoni fought brilliantly and got India so close but NZ were brilliant with the new ball and that was decisive," he said.