PSG get tough with Neymar after pre-season no-show - GulfToday 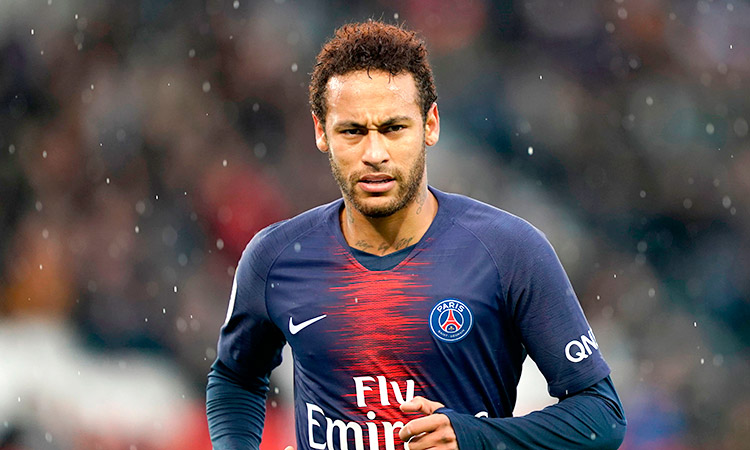 Neymar failed to show up for pre-season training with Paris Saint-Germain on Monday. File photo/AFP

French club Paris Saint-Germain said they would take "appropriate action" after Neymar failed to show up for pre-season training with the French champions.

But when PSG players including France World Cup-winning striker Kylian Mbappe reported back for training and pre-season medical checks in the French capital on Monday, Neymar was nowhere to be seen.

PSG said in a statement: "On Monday 8 July Neymar da Silva Santos Junior was due to return to pre-season activities with the Paris Saint-Germain senior squad.

"Paris Saint-Germain notes that Neymar Jr was not in attendance at the agreed time and place. This was without the club's prior authorisation.

"The club regrets this situation and will therefore take appropriate action."

Brazilian media quoted Neymar's father as saying that PSG "were aware" the striker would be unable to return to the club for another week.

"The reason was known and planned for a year as part of his activities for the Neymar Institute (charity foundation)," said Neymar Senior.

He added: "We couldn't postpone them and he will return (to PSG) on July 15.

"It's as simple as that, no drama. PSG are aware and take part in the Institute's activities."

Neymar is undergoing treatment on the torn ankle ligaments that ruled him out of the Copa America.