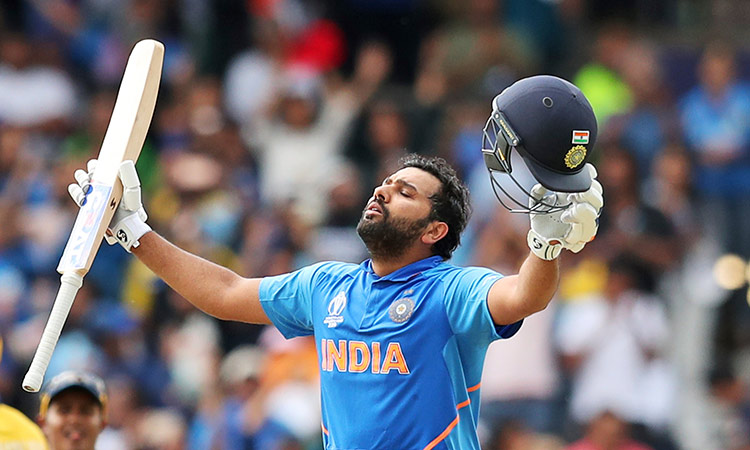 India's Rohit Sharma celebrates after scoring a century against Sri Lanka at Headingley in Leeds, England, on Saturday.

Five hundreds in a single Cricket World Cup. The first batsman to the feat.

This, Rohit Sharma, must be the biggest highlight of an incredible career.

"No, not yet," he said with sincerity. "If we win the World Cup it would be."

That's two more wins away, starting with the semifinals next week, after India completed the group stage by thrashing Sri Lanka by seven wickets on Saturday, and ended up first in the 10-team standings.

Sharma said the trophy trumped his milestones, for now.

"You have to wait four years for this," he said. "The job for us is to go and win the finals, the semifinals before that. As long as that is not accomplished, no matter how many runs you score in the tournament or how many hundreds you get, you won't feel satisfied."

Sharma isn't overly emotional in his century celebrations. He raises his arms, basks in the applause, acknowledges his teammates and the thousands of euphoric India fans, hugs his batting partner, then gets set for the next ball.

But it's become ritual at this World Cup. Five times in eight matches, the last three in a row.

Sharma's 103 from 94 balls in India's successful chase of 265 separated him from Kumar Sangakkara's record four hundreds in 2015.

Sharma and fellow opener KL Rahul, who made 111, his first hundred of this tournament, combined in a tournament-best stand of 189 in 31 overs to propel India's charge.

Sri Lanka recovered from 55-4 to post 264-7, thanks largely to Angelo Mathews' 113, his third career hundred, all of them against India.