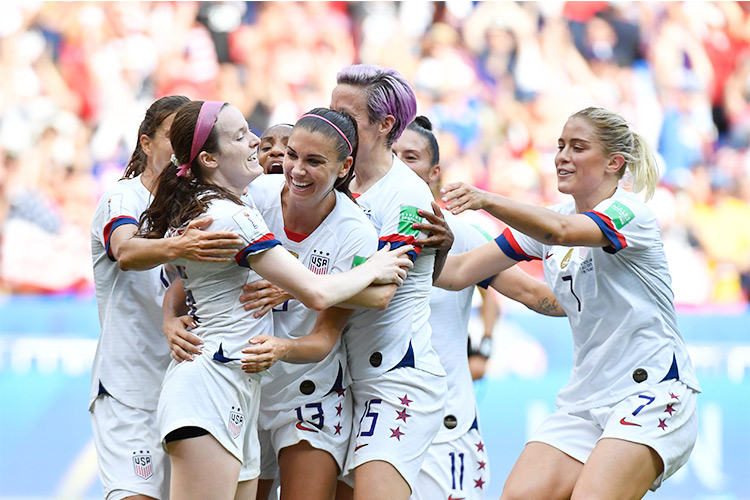 United States' players celebrate after scoring a goal at the Lyon Stadium in Lyon. AFP

The United States retained the women's World Cup on Sunday as a Megan Rapinoe penalty and a superb Rose Lavelle strike gave the holders a 2-0 victory over a battling Netherlands side in Lyon.


Having been kept at bay by the brilliant Dutch goalkeeper Sari van Veenendaal throughout the first half, the USA finally went ahead just after the hour as Rapinoe stroked home from 12 yards to end the tournament as joint top scorer on six goals.

There was an air of inevitability about the pink-haired 34-year-old, the star of this World Cup on and off the field, putting the USA ahead.

The excellent Lavelle made it 2-0 in the 69th minute as the USA won the World Cup for the fourth time in eight editions and denied European champions the Netherlands a famous trophy double. 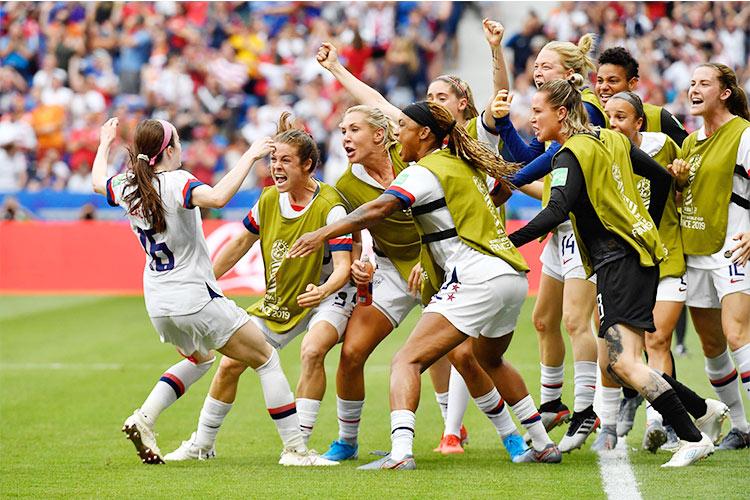 The victory underlines the USA's status as the dominant force in international women's football as they claim the World Cup for the fourth time in eight editions.

"It's unbelievable. All the people in our group that put in so much effort. I don't know how to feel right now, it's ridiculous," Rapinoe told the BBC.

She ended the tournament with the Golden Ball for the best player ahead of England's Lucy Bronze and teammate Lavelle, while also winning the Golden Boot as her six goals came from fewer minutes on the field than teammate Alex Morgan or England's Ellen White.

Starting line-ups for the women's World Cup final between the United States and the Netherlands in Lyon on Sunday.