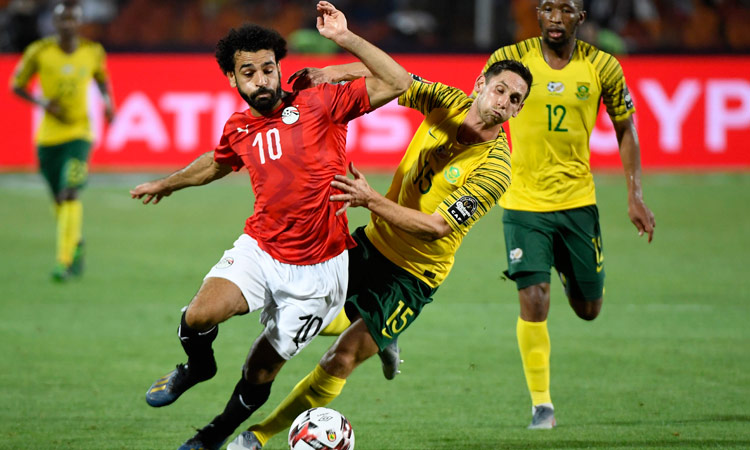 Dean Furman (right) vies for the ball with Mohamed Salah during the 2019 Africa Cup of Nations on Saturday. AFP

After his tale of redemption with Liverpool this season, Mohamed Salah was instead left in disbelief once more as Egypt crashed out of their own Africa Cup of Nations, an exit that triggered an immediate clearout within the country's football association.

The forward arrived here full of promise — his mood and fitness in sharp contrast to this time last June when his shoulder was injured as he was wrestled to the ground by Real Madrid's Sergio Ramos in the 3-1 loss in the 2018 Champions League final in Kiev.

He scored twice in four matches in Cairo, both goals struck with unerring precision, but rarely looked at his peak surrounded by an Egyptian supporting cast far more limited than he is accustomed to at club level.

Shouldering the weight of expectation of nearly 100 million Egyptians, hoping for a fourth title in five editions as hosts, Salah found himself a capable ally in Mahmoud 'Trezeguet' Hassan, the team's standout performer in the group stage.

But he too wilted as the pressure intensified once the tournament moved into the knockout phase, spurning Egypt's best chance in a bitter defeat that provoked widespread dismay throughout the football-mad nation. 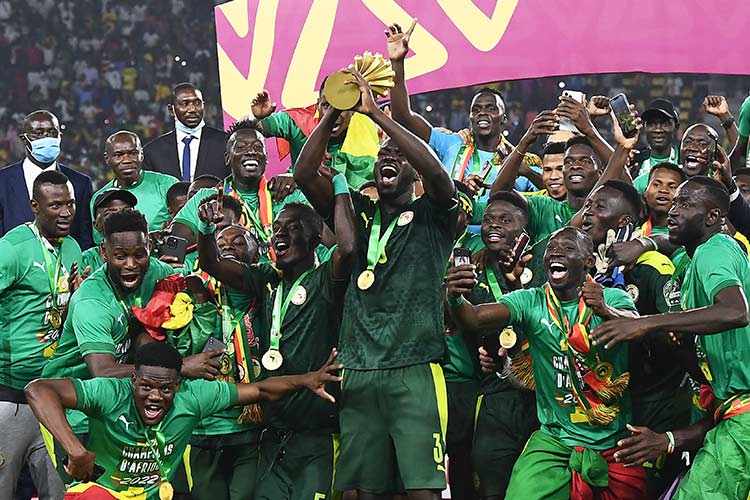