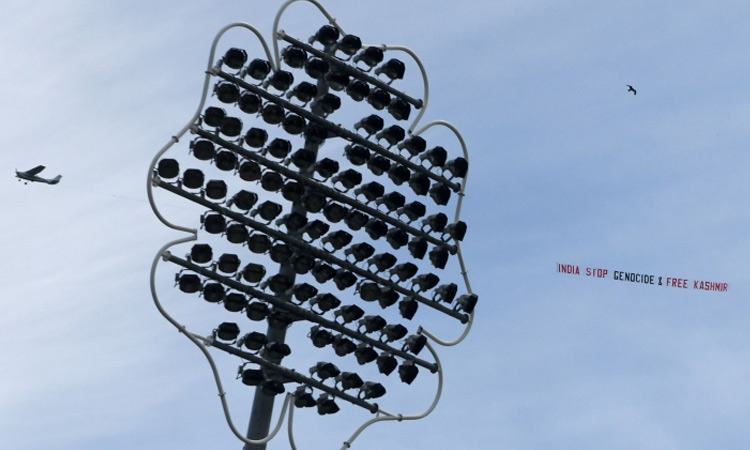 A light aircraft tows a banner with the words 'India Stop Genocide & Free Kashmir' in the sky above the Headingley stadium on Saturday. AFP 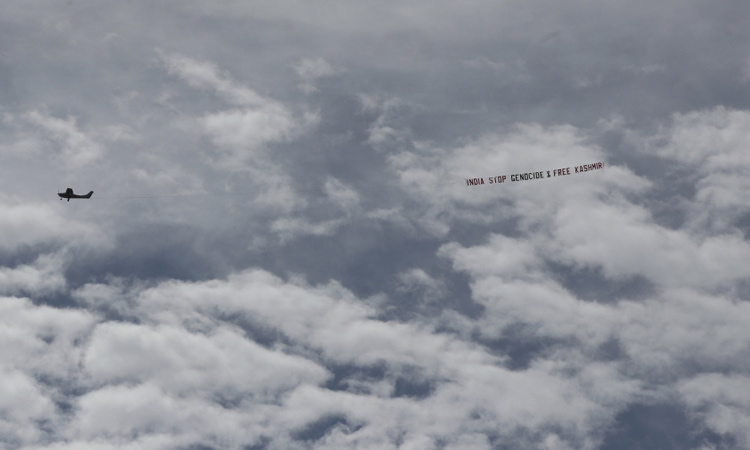 An aircraft tows a banner which reads 'Justice for Kashmir' as it flies over the venue of the cricket match at Headingley. AP

"We are incredibly disappointed this has happened again," the International Cricket Council (ICC) said in a statement. "We do not condone any sort of political messages at the ICC Men's Cricket World Cup.

"Throughout the tournament we have worked with local police forces around the country to prevent this type of protest occurring. After the previous incident we were assured by West Yorkshire Police there would not be a repeat of this issue, so we are very dissatisfied it has happened again." 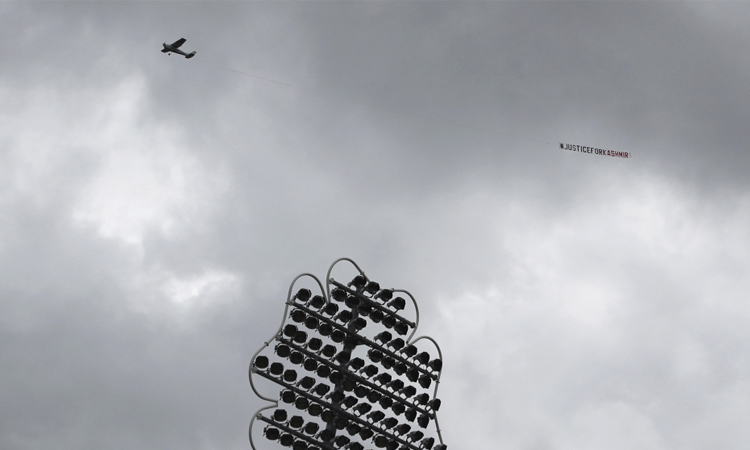 An aircraft tows a banner which reads 'Justice for Kashmir' as it flies over the venue of the cricket match at Headingley. AP

Last week's group game between Pakistan and Afghanistan was marred by clashes between fans, prompting a police probe.

The ugly scenes were sparked by the flying of a banner over the ground reading: "Justice for Balochistan." 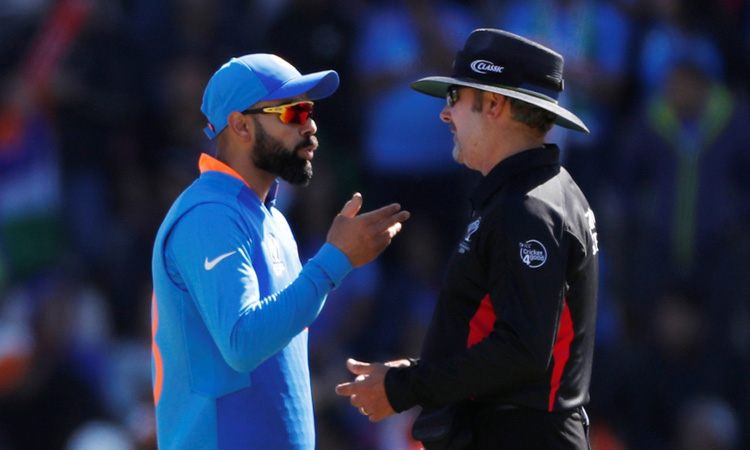