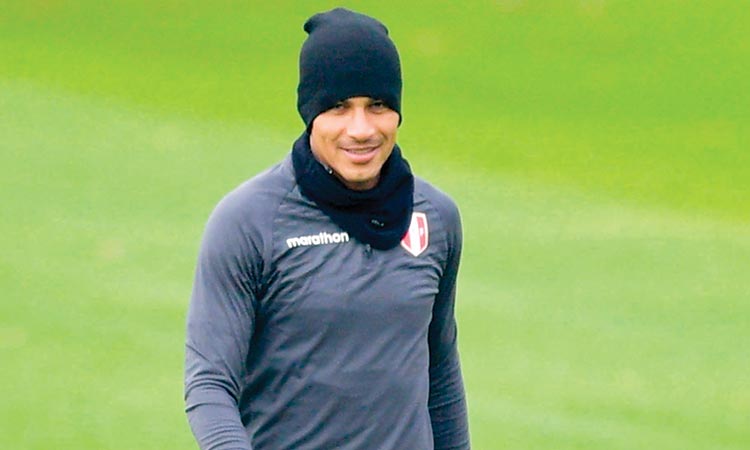 Peru’s Paolo Guerrero takes part in a training session ahead of their Copa America final match against Brazil. Agence France-Presse

Peru are going for one last upset in the Copa America.

After a stunning run to their first final in more than four decades, Peru will try to pull off the biggest shock of the tournament in the title match against host Brazil on Sunday.

It would cap a remarkable comeback for a team that barely survived the group stage but eventually eliminated favorite Uruguay in the quarter-finals and two-time defending champion Chile in the semi-finals.

Less than two weeks ago, Peru were being counted out by most. Now they have a chance to earn what would be one of their greatest victories.

“When you make it to the final, you have to try to win it.

“There’s no other option,” said Peru coach Ricardo Gareca, who is an Argentine.

“We reached the final thanks to our own merits. This group is very strong. I think that’s the key. It has the strength to overcome adversities.”

The team’s comeback followed a resounding 5-0 loss to Brazil in the group stage, a result that left Peru on the verge of elimination.

They advanced as one of the two best third-place finishers from the three groups after a combination of favorable results in other matches.

Gareca said things are different now, and Peru are in better position to try to defeat the host.

“We have the players to do it,” he said.

“We are peaking right now. If I had to choose a time to make it to the final, it would be now. But we know that it will be difficult against Brazil no matter how we are playing.”

Brazil are considered the overwhelming favorite, but Peru doesn’t think of it that way.

“You can call them favorites if you want to,” veteran striker Paolo Guerrero said after the team’s 3-0 win over Chile on Wednesday. “But for us, there are no favorites on the field. We have to stay humble and do our job. There are a lot of people not showing respect for Peru right now. I have a lot of respect for Brazil, but I also respect my country.”

Peru have been enjoying one of their best decades in Soccer, having made it to three Copa America semi-finals in the last four tournaments.

They lost to eventual champion Uruguay in 2011 and Chile in 2015, finishing third both times.

In 2018, Peru made their first World Cup appearance in 36 years, being eliminated in a group that included eventual champion France.

Most players from that squad are back, including Guerrero, who attracted headlines for being allowed to play in Russia after appealing a doping suspension. The 35-year-old striker scored the third goal against Chile on Wednesday to become the Copa America’s all-time leading scorer among active players with 13 goals.

On defense, the team have been carried by goalkeeper Pedro Gallese, who made an embarrassing mistake against Brazil but rebounded with strong performances. He stopped penalties by Brazil’s Gabriel Jesus in the group stage, by Uruguay’s Luis Suarez in a shootout in the quarter-finals and by Eduardo Vargas in the semi-finals.

Brazil forward Everton has played down his team’s favourite tag, despite the hosts’ 5-0 win over the same opponents during the competition’s group stage.

“It’s important to have confidence and that’s normal when you face an opponent that you have already beaten,” Everton said of Peru during a news conference, reports Xinhua news agency.