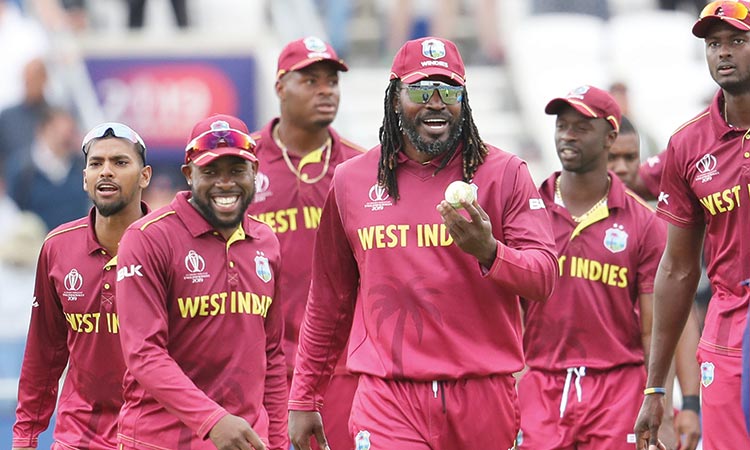 West Indies’ Chris Gayle leads the team as they leave the ground after their win over Afghanistan in Leeds on Thursday. Associated Press

Manchester: In an era in which most international cricketers at least begin their innings wearing a helmet, few batsmen have been as readily identifiable from their walk to the crease as Chris Gayle.

The slow saunter to the middle and arguably even slower walk back when he has been dismissed are in marked contrast to the dynamic ball-striking of the powerful left-handed West Indies opener.

Crowds still get a buzz from Gayle’s good days and so too does a man who nicknamed himself the “Universe Boss”, a brash tag in keeping with his big-hitting exploits in the crash-bang-wallop world of Twenty20 franchise cricket.

But having hoped for more fireworks in what will surely be his last World Cup appearance, fans at Headingley on Thursday saw the 39-year-old fall after making just seven against Afghanistan.

A final World Cup appearance ought to offer the chance of a clean break and a farewell to West Indies duty. Gayle said previously that he would quit one-day internationals after the World Cup, although he later prevaricated.

Gayle, who has not played a Test since 2014, has missed matches because of disputes with previous Cricket West Indies regimes but no one in the current set-up wants to hurry him out of the door.

An awkward question the selectors may have to ask however, if he does not take the decision out of their hands, is how much does the advantage of having Gayle in the side outweigh any decline in the sheer number of runs? Unlike four years ago, when he hit a double century against Zimbabwe, this was not a productive World Cup for Gayle and the West Indies won just two games.

“It’s a brilliant privilege and honour to represent West Indies in five World Cups (2003 to 2019),” Gayle said after Thursday’s match.

“We have a great bunch, some great youngsters as well and it’s up to them to lift West Indies cricket from here on,” he added in a reference to players such as Shai Hope, Nicholas Pooran and Shimron Hetmyer.

“I still have a few more games left as well, so we’ll see what happens.”

Carlos Brathwaite, who hit Gayle-like century against New Zealand earlier in the tournament, underlined the impact of his teammate.

“I don’t think I really understood the magnitude of what Chris Gayle had done for West Indies cricket when I came into the team,” he said. 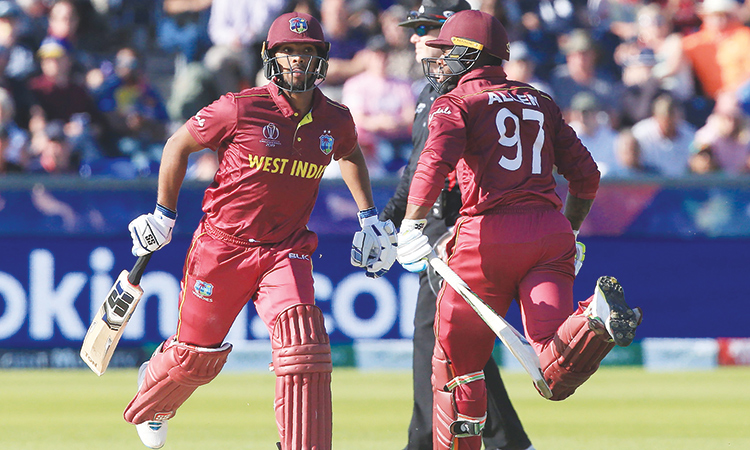 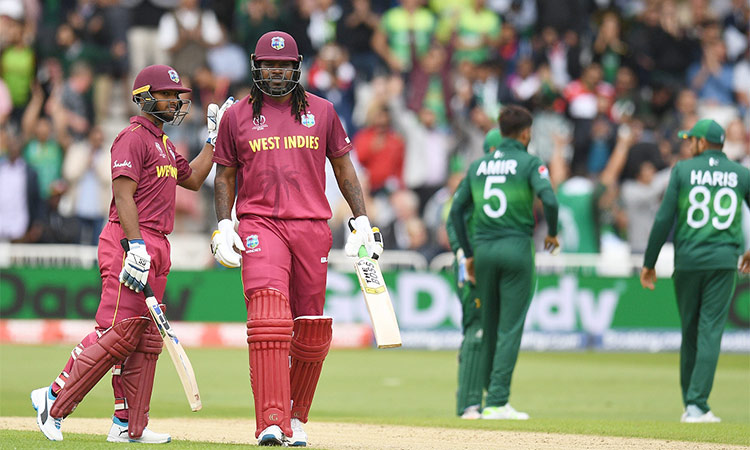