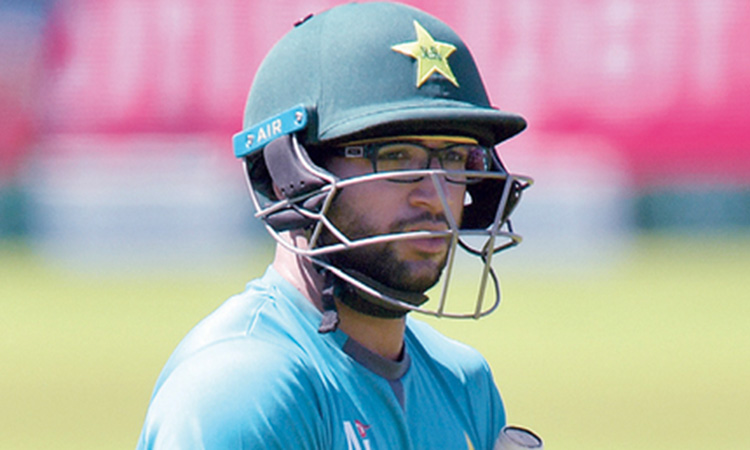 Pakistan’s Imam-ul-Haq comes out to bat at nets ahead of the match. (Right) Bangladesh’s players attend a training session on Thursday. Reuters

Pakistan will have an improbable task of making it to the semifinals of the ongoing World Cup when they take on Bangladesh in the final group stage game at the Lord’s on Friday.

After England thrashed New Zealand by 119 runs on Wednesday, the equation for Pakistan is pretty simple:

They need to bat first, score 400 runs, dismiss Bangladesh for 84, and win by a margin of 316 runs. Simple, but definitely not easy. It’s a victory margin that has never been achieved in the history of one-day cricket.

However, if Bangladesh bat first, then Pakistan are out even before the game begins. Pakistan’s journey so far in this World Cup has been similar to that of 1992, except for the knockout stage where they don’t seem to enter.

After registering back-to-back defeats against Australia and India, Pakistan came back strongly and registered three consecutive victories, all in must-win games, against South Africa, New Zealand and Afghanistan.

However, in order to make it to the last four, they needed England to lose one of their last two matches, which didn’t happen.

Even if Pakistan get knocked out of the tournament, they can be proud of the way they came back strongly after receiving some really harsh criticism, both from the fans and former cricketers after their defeat to India.

Bangladesh, on the other hand, came out with a spirited performance in this World Cup. They played like one of the contenders to win the trophy and gave their opponents a run for their money in almost all their matches, except against England when the hosts posted a total in excess of 380.

The performance of the entire unit, especially that of Shakib Al Hasan, is something which the Bangla Tigers can be surely be proud of.

So, they would want to end their World Cup campaign on a high and defeat Pakistan in their last game at the Home of Cricket.

Meanwhile, Pakistan skipper Sarfaraz Ahmed admitted his team need a miracle to qualify for the World Cup semi-finals as they prepare for their final league game against Bangladesh at Lord’s on Friday.

Pakistan require an outlandishly big victory but if Bangladesh bat first, their chances of catching New Zealand will be gone.

“Obviously, we are here to win all the matches,” said Sarfaraz, whose team have lost their past four one-day internationals against a fast-improving Bangladesh.

“But the first real thing will be to win the match.” Pakistan’s highest total at the tournament is the 348-8 they made in their shock win over England. The host nation’s 397-6 against Afghanistan is the best of the World Cup so far.

Sarfaraz said it had been tough to post big totals on the pitches being used in the tournament.

“If you look at the pitches, they were not for free-scoring. They were tough for batting with spin and the ball was not coming onto the bat.”

They won just one of their first five matches, coming back strongly to beat South Africa, New Zealand and Afghanistan to sit fifth in the 10-team table.

But England’s victory against New Zealand on Wednesday left them with a virtually impossible task. Those two teams plus Australia and India will almost certainly be the four semi-finalists.

Meanwhile, former Pakistan speedster Shoaib Akhtar has been left utterly disappointed with the “quality of cricket” being played at the ongoing World Cup in England and Wales.

England, Australia and India have sealed their spot in the semifinals, while New Zealand is almost there in the knockout stage of the tournament, despite their loss to England in their last group stage encounter.

“I am not happy with the quality of cricket being played in this World Cup,” said Akhtar on his Youtube channel.

“The quality of cricket has gone down immensely. It has become very easy to score runs. The bowlers don’t have the quality, the pace and the spin, which bowlers in 1990s and early 2000s used to have.

“There are three powerplays and two new balls which has made it very easy to score runs,” he added.

Speaking about Wednesday’s game where England thrashed New Zealand by 119 runs to seal their spot in the semis, Akhtar said that the Black Caps played like “amateurs”.