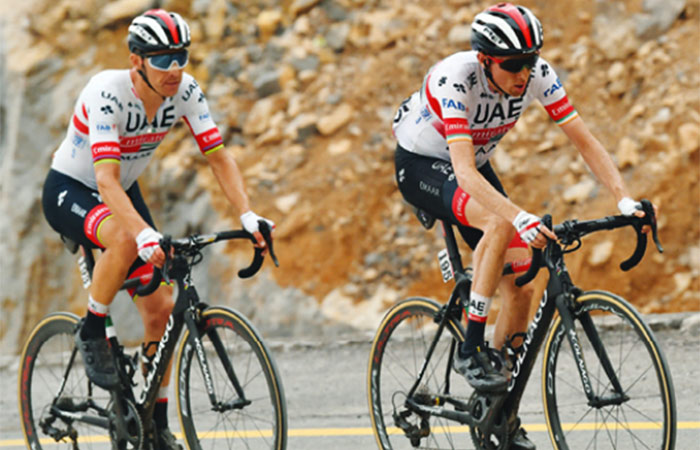 Commenting on his selection, last year’s Stage 21 winner Kristoff said: “I’ll be going to this Tour with the objective of trying to win a stage, as well as reliving the emotions of last year.

“This season my form has been better than the past few years, but the level of all the top riders is so high that simply being in good condition is not enough, you also need enormous determination and a little luck.”

“I feel good in training and the Dauphiné went really well, even if we didn’t see the same aggressive racing in the mountains that we normally do.

“I’ve come out of the Dauphine well and I like the look of the course this year, plus we have a super strong team with a lot of different options and cards to play. I’m just looking forward to getting started now.”

Commenting on his return to fitness, Aru said: “After months of absence from racing, I recently rediscovered that spark and feel read to test my condition. “

The feedback on my recovery is encouraging, I feel good and it has led to my selection for the Tour de France.

“I will not be in France to worry about the General Classification, but the Grande Boucle will be an exciting new chapter as I look to reignite my season.

“I expect that my performance will improve step by step, and I will fight to be competitive and help the overall objectives of the team, aiming for a stage win if the conditions are right.”

The opening stage – nicknamed the Grand Depart – will for a second time in history take place in Belgium.

The stage will commemorate the 50th anniversary of Eddy Merckx’s first victory at the Tour and marks the 100th year anniversary since the iconic Yellow Jersey was first introduced.

The riders will then take on another 19 stages across three weeks of racing, before the traditional procession in Paris on the Champs-Elysees.