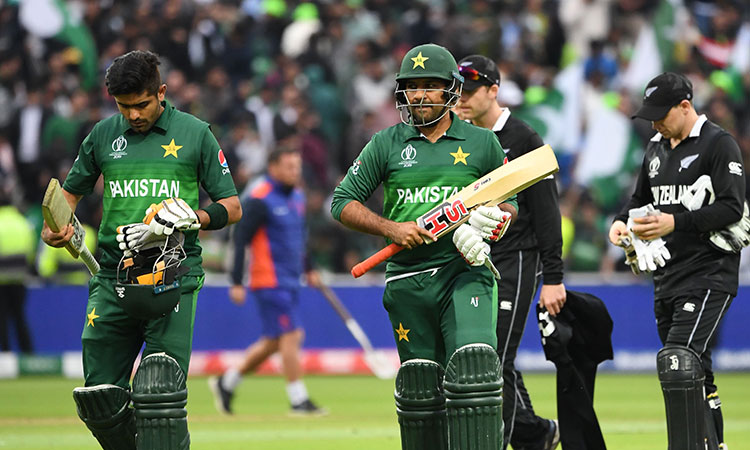 Babar Azam and Sarfaraz Ahmed walk off the field after their victory against New Zealand in Birmingham on Wednesday. Paul Ellis / AFP

New Zealand scored 237 for six in their 50 overs but that total proved inadequate as Babar Azam scored an impressive unbeaten 101 and Haris Sohail (68) offered valuable support. 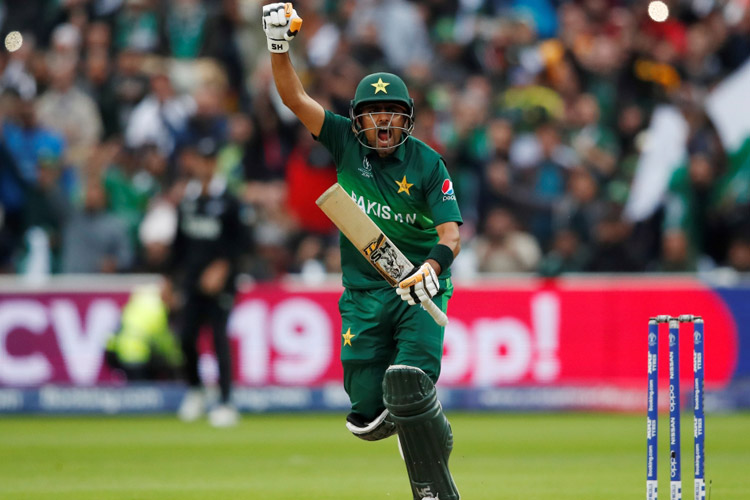 Pakistan reached their target off the first ball of their final over, finishing on 241-4.

"The wicket was difficult but my aim was to bat for 50 overs and if I did I knew Pakistan would win the match," said man-of-the-match Babar.

"We know we'd need to score runs off the pace bowlers. Once (Mitchell) Santner came on it was doing stuff off the pitch so (Mohammad) Hafeez told me to stick at it and score three or four runs an over." 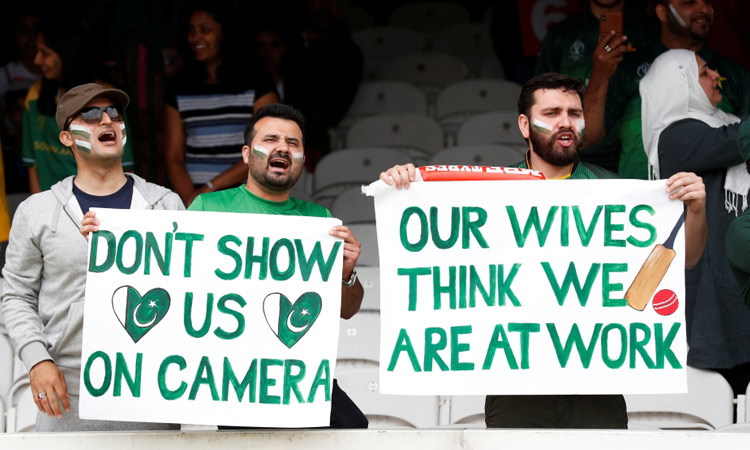 Sarfaraz Ahmed's side, who beat South Africa on Sunday to revive their flagging World Cup campaign, now have seven points, level with fifth-placed Bangladesh and just one point behind hosts England.

During the course of his innings, Babar became the second-fastest to reach 3,000 one-day international runs in front of thousands of fanatical Pakistan fans.

He reached his hundred off 124 balls with 11 fours. 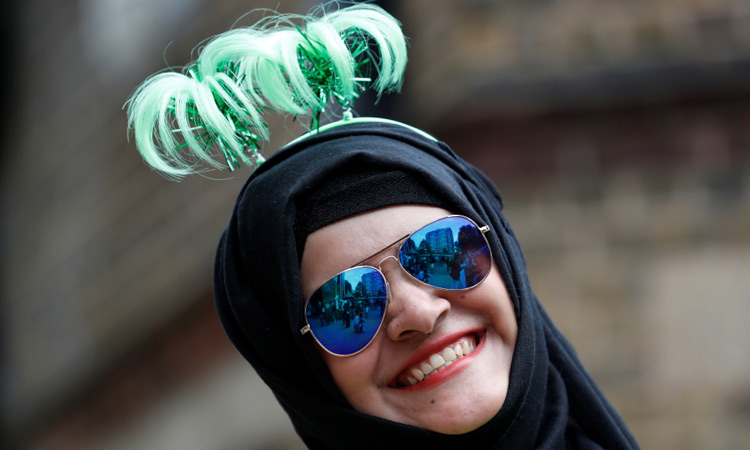 A Pakistani fan smiles before the match. Reuters

Earlier, Jimmy Neesham hit a career-best 97 not out while Colin de Grandhomme made 64 after New Zealand won the toss and chose to bat.

New Zealand are second in the table on 11 points behind Australia, the only team who have qualified so far.

The top four teams qualify for the semi-finals.