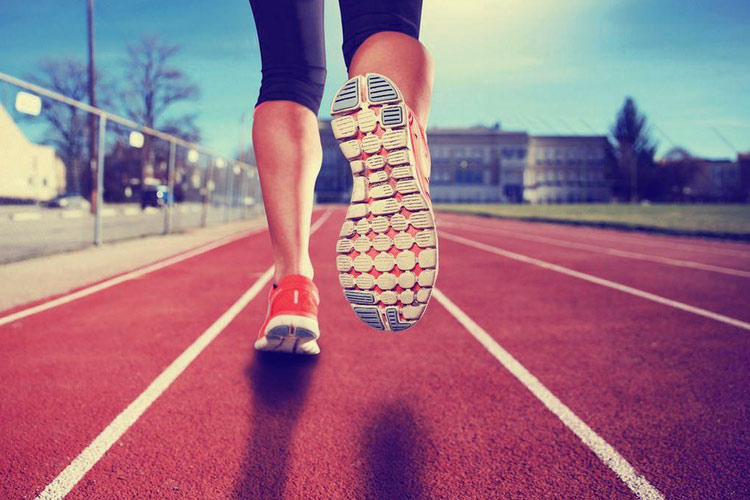 Even at the recreational level, long-distance running has a history of fraud that has fostered widespread distrust. TNS.

Hundreds of strangers from across the USA were posting on message boards, branding him a liar and a cheat.

But it wasn't until Frank Meza checked the internet that he realised this many people were talking about him. "All kinds of allegations were being thrown at me," he says. "It was pretty traumatic."

To that point, the retired physician had forged a different sort of reputation. Soft-spoken and grey-haired, he had mentored Latino students while working to provide healthcare for low-income patients throughout Southern California, USA.

Meza was also a devout runner who, late in life, began entering marathons. The problems began there. Although he ran mainly around California, eschewing bigger races across the country, his unusually fast times for a 70-year-old caught the attention of the long-distance community.

Derek Murphy, an amateur sleuth who operates from Ohio, looked back at numerous races, compiling an array of data, photographs and video that he considers incriminating. "At this point," Murphy says, "I have no doubt."

Marathoners can cheat in various ways: Taking shortcuts, grabbing a ride along the way or having someone else carry their numbered bib for a portion of the 26.2 miles (42.2 kilometres). But none of this is easy to catch amid the hordes jostling down city streets, and none of the allegations against Meza point to a specific method, which leaves him in a tough spot.

In the meantime, his story offers a glimpse into the curious world of long-distance running, where, even at the recreational level, a history of fraud has fostered widespread distrust. Running was always a central part of Meza's life, dating to his teenage years in East Los Angeles, growing up as the son of Mexican immigrants.

A member of the Cathedral High track team, he took a break during college, then reconnected with the sport by serving as an assistant coach at Loyola High and helping with the Aztlan Track Club, which sought to nurture young athletes in the neighbourhood where he was raised. 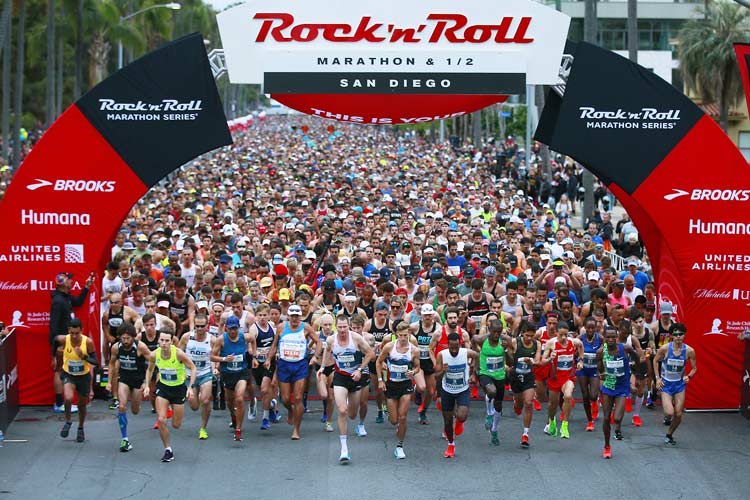 Runners at a marathon near Balboa Park in San Diego on June 2, 2019. Photographer: K.C. Alfred/TNS.

Lalo Diaz, a long-time friend and fellow coach, notes that Loyola has produced a string of state champions, including Robert Brandt, Elias Gedyon and David Torrence, who later competed at the college and elite level.

For many years, Meza focused on 10Ks and trail runs. Around age 60, as his medical career grew less demanding, he shifted to longer distances, never expecting to be fast. "I got better because I started running almost twice what I was used to," he says. "I just increased my mileage."

Marathons had become high-tech by then, with chip-implanted bibs that can be detected by "timing mats" at a half-dozen or more spots along the course. Data is preserved online, creating an archive that can be analysed after the fact.

Records show Mesa took about 3.5 hours to finish marathons at first. His results began to improve in 2014 as he dipped below three hours, a mark of distinction among runners of all ages. A 2:52 result at the 2014 California International Marathon in Sacramento earned him recognition by Runner's World magazine but, unbeknownst to much of the community, officials at that race had noticed something odd about his pace over the final miles.

It was the first of two disqualifications in that race, which eventually banned him. There were additional suspicions. When Meza recorded another fast time in warm temperatures at the 2015 LA Marathon, officials lacked evidence to take action but requested he run with an observer the following year. Meza agreed but ended up skipping LA in 2016, entering the Oakland Marathon instead.

Many years before this, a controversy with another runner at the Boston Marathon inspired Murphy to become the sport's unofficial policeman and, eventually, build a case against Meza. "I started thinking about how many more people might be doing this," recalls Murphy, a business analyst and admittedly slow runner. "I deal with numbers. It was kind of a puzzle for me."

The process he developed started with perusing split times from races throughout the nation. Where anomalies popped up, he checked the route map for potential shortcuts. His marathoninvestigation.com began documenting allegations against scores of runners.

It's weird stuff. There seems to be this tendency for middle-age males who are very successful in their careers to start cheating at marathons.

Though none of the data he collects can answer an essential question. It might make sense to cheat for a Boston Marathon victory, but why cut corners in smaller, less-important races with no prize money or fame at stake? "I wish I knew," Murphy says.

"It's weird stuff," says Amby Burfoot, a Boston Marathon winner and former editor of Runner's World. "There seems to be this tendency for middle-age males who are very successful in their careers to start cheating at marathons."

Murphy began tracking Meza about two years ago, studying results from marathons dating to 2014. Two weeks ago, he published his series of articles. The stories cited questionable splits, the California International Marathon ban and suspicions regarding a 2019 marathon in Phoenix.

Murphy calculated when Meza should have crossed in front of an official video camera stationed around the 22-mile (35km) mark for that Arizona race. He wrote that Meza "did not appear in the video. The only reasonable explanation is that he did not run this section of the course."

For this year's LA Marathon, the investigator studied photographs that showed Meza emerging from the sidewalk to rejoin the pack along Hollywood Boulevard. In a public statement, officials said, "The Los Angeles Marathon takes any allegation of misconduct very seriously."

Meza reiterates he did not cheat, saying he needed to use a restroom and wandered for some time, just off the course, before finding one. As for other allegations, he says critics are asking him to prove a negative.