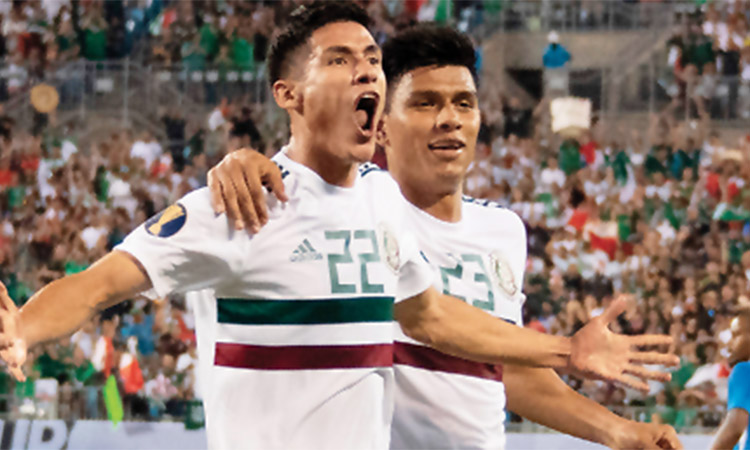 Mexico’s Uriel Antuna (right) celebrates after scoring a goal against Martinique during their Gold Cup match on Sunday. Agence France-Presse

Mexico beat Martinique 3-2 on Sunday to reach the quarter-finals of the CONCACAF Gold Cup as winners of Group A ahead of Canada. The Canadians advanced to quarter-final with a 7-0 romp over win-less Cuba, fueled by hat-tricks from Lucas Cavallini and 19-year-old forward Jonathan David in the first match of the day’s double-header at Bank of America Stadium.