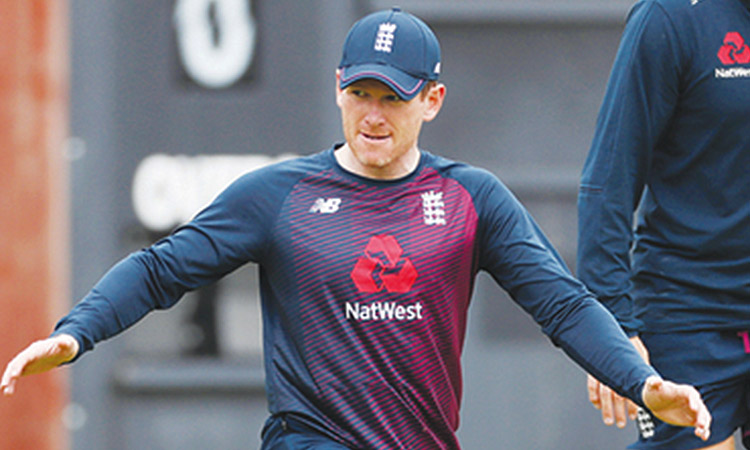 After suffering a shock defeat against Sri Lanka, England will look to return to winning ways and take one step closer towards the semi-finals when they face arch-rivals Australia in their crucial World Cup game at the iconic Lord’s on Tuesday.

With four wins from six games, England are currently at the fourth spot in the points table. The hosts, who came into the tournament as overwhelming favourites, are in a bit of a tight situation as they need to win at least two of their remaining three games to enter the last four.

Thus, the pressure will surely be on Eoin Morgan and team to come out with a fearless brand of cricket which they have playing in the last two years. To add to their woes is the unavailability of Jason Roy, who has been sidelined due to hamstring injury.

Australia, on the other hand, have been quite formidable in their performances so far. They have won five out of their six games and are currently placed at the second position in the points table. The batsmen, especially their openers, have been in top form and have scored runs in bulk. Their bowlers, led by Mitchell Starc, have been able to pick wickets at crucial junctures of the games.

The availability of Marcus Stoinis has also provided them with the much-needed balance. All in all, Australia have played the reigning champions and will surely look to correct their recent form against England.

The mighty Aussies have lost nine out of the last 10 games played against England. With the stakes high for England, and Australia looking to continue their dominance, fans can be rest assured of an exciting contest at the Home of Cricket.

Meanwhile, Australia coach Justin Langer says England are still the team to beat at the World Cup despite their surprise loss to Lanka.

Langer said England fully deserved their place at the top of the one-day international rankings, having climbed to the summit from the ruins of a woeful first-round exit at the 2015 World Cup.

“They are the best team in the world. Just look at their team... nothing has changed in a week,” Langer said on Sunday.

“I can’t wait for Tuesday — England at Lord’s, World Cup. That is what we are thinking about,” added the former Australia opening batsman.

Langer had a stint in the English domestic game with southwest side Somerset, where he first encountered a young Jos Buttler.

The England vice-captain is now regarded as one of the quickest-scoring and most innovative batsmen in the game today, with Langer nominating the wicketkeeper-batsman as the natural successor to veteran India great MS Dhoni.

“Jos is an unbelievable player. I love watching him bat. He is the new Dhoni of world cricket,” said Langer.

“I hope he gets a duck in this (Tuesday’s) game obviously, but I saw him at Somerset and he is an unbelievable athlete and an incredible finisher.

“They (England) have a very strong batting unit and we will have to be right on it.”

But Australia have several in-form batsmen of their own, notably opener Warner, who is the tournament’s current leading run-scorer with 447 from six innings. Both Warner and former captain Steve Smith are making their comebacks from year-long ball-tampering bans, with the pair roundly booed when they faced England in a World Cup warm-up match in Southampton.

Langer, asked if he expected more of the same even from the traditionally polite spectators at Lord’s, replied: “Yes, probably but that is OK.