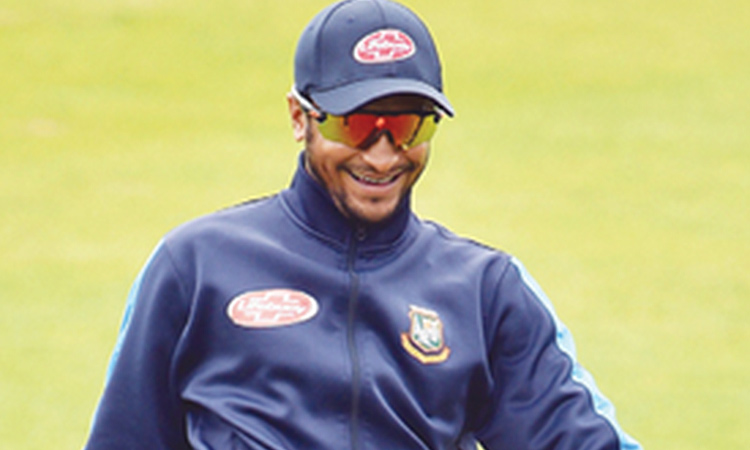 Afghanistan, who gave India a run for their money, will be aiming to replicate that performance and earn their first win in the ongoing World Cup when they take on Bangladesh at the Rose Bowl Cricket Stadium on Monday.

After being comprehensively beaten in the first four games, Afghanistan came out with a much improved performance against tournament favourites England and India. Afghanistan were on course for one of the biggest shocks in World Cup history on Saturday as they set about chasing India’s modest total.

Virat Kohli’s India struggled to impose themselves on the Afghan bowlers after winning the toss and choosing to bat.

Their bowling unit -- which was taken for plenty by England as they posted 397/8 - delivered a commanding performance in their next fixture and restricted the famed Indian batting line-up for a below par total of 224. They had a great chance of causing the biggest upset of the ongoing tournament. However, their batters failed to match their bowling performance and barring Mohammad Nabi, none could show the grit and calm as Afghanistan lost a nail-biting encounter by 11 runs against the Men in Blue.

Thus, Gulbadin Naib would hope that both his batters and bowlers perform well as a unit against Bangladesh which have looked quite convincing in the ongoing tournament.

Bangladesh’s batting has been a revelation in this World Cup and has relied mainly on Shakib al Hasan who is among the top five run-getters of the tournament. After hunting down a target of 322 against West Indies with ease, Bangladesh fought admirably in a 382-run chase against Australia, finishing with an impressive 333/8.

However, it’s their bowling which has undone the batsmen’s work. They have conceded scores in excess of 320 in each of their last three completed games. And against a formidable Afghanistan bowling attack, Bangladesh’s own bowlers will have to step up to make life easier for their batsmen. Bangladesh are almost out of the contention of making it to the semi-finals with five points from six games. However, if they manage to win all their three remaining games and results of matches of other teams go in their favour, the Bangla Tigers might sneak in the top four at the end of the tournament.

Meanwhile, Naib said he was disappointed but not too downhearted after his team, the minnows of the World Cup, lost narrowly to cricket giants India in the final over of their group stage match on Saturday.

“We are sad because we have a chance to beat this kind of team. In the World Cup, it’s a big achievement for any team. But the big teams, they don’t give you a single chance. Today we missed an opportunity to win, to beat India, one of the best sides,” Naib told reporters.

“Today Nabi showed the skills, how he’s one of the best players of Afghanistan and also in the world,” Naib said.

“Actually, we planned that we’re going to take the match at the end to the (last) five overs. So Nabi played really well according to the plan,” he said.

“When we played (our) first four games, we lost really badly, and then we played against England and now India - strong sides and also they are the favourites of the tournament. So I think we’re now getting better and better day by day,” Naib said.

Naib said his only regret was that despite restricting India to a low total, his batsmen weren’t able to rack up quite enough runs to claim what would have been the biggest upset of the tournament by far.