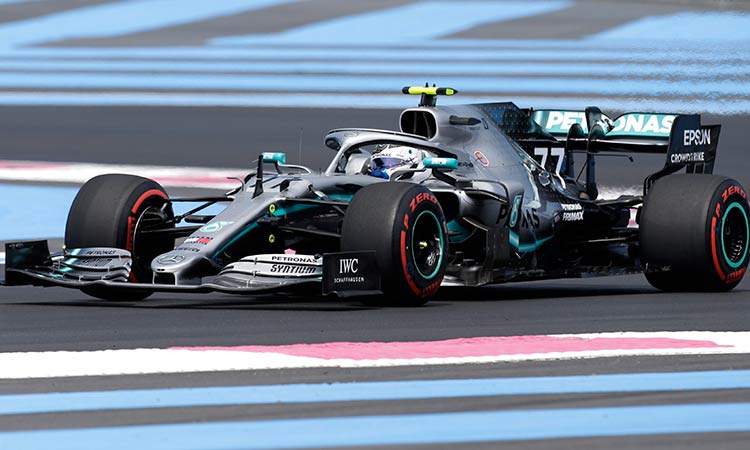 Le Castellet: Valtteri Bottas outpaced his team-mate Lewis Hamilton to top the times in second free practice at the French Grand Prix on Friday, as Ferrari’s bid to be granted a review of Sebastian Vettel’s penalty in Montreal was rejected.

Finn Bottas, who is 29 points behind defending world champion Hamilton in the title race, clocked a fastest lap in one minute and 30.937 seconds to outpace the Englishman by four-tenths of a second.

Charles Leclerc was third fastest ahead of his Ferrari team-mate Vettel, the pair running six and seven-tenths off the pace set by Bottas on an afternoon of searing heat.

Hamilton, who won last year’s race from pole, was fastest in the morning, but had a less comfortable time in the second session, including an off-track excursion for which he was called for a stewards’ investigation.

British rookie Lando Norris was a surprise fifth for McLaren ahead of Max Verstappen’s Red Bull, Carlos Sainz in the second McLaren and local hope Pierre Gasly in the second Red Bull. Kimi Raikkonen, who finished the session bumping over the kerbs at Turn Five, was ninth for Alfa Romeo and Kevin Magnussen 10th in his Haas.

On a sweltering afternoon, with air temperatures of 32 degrees Celsius and the track at 55, the teams all struggled with tyres and grip as the surface of the Le Castellet track absorbed the heat.

As in the morning, when Hamilton led Bottas in opening practice, there was little to entertain the sparse crowd until the world champion went off through Turns Three and Four, taking out a bollard with his left rear wheel as he returned to the track ahead of Verstappen. It was a reminder of Vettel’s racing incident at the Canadian Grand Prix, where he was penalised for rejoining in an unsafe manner, and may have passed through the Englishman’s mind as he offered an apologetic wave to the Dutchman on the back straight.

An investigation into Hamilton’s driving was scheduled to begin after the session.

Ferrari’s bid for a review of Vettel’s penalty and lost victory in Canada was rejected.

A hearing called by the Montreal race stewards, held between practice sessions at the French Grand Prix, rejected the Italian team’s claims that they had convincing new evidence. For Ferrari fans, it was more grist to the mill after the team’s sporting director Laurent Mekies said, before the hearing, that they had put forward “pretty overwhelming” new evidence that Vettel had not contravened any regulations in Canada.

The five-second penalty meant that even though Vettel crossed the line first, Hamilton won. 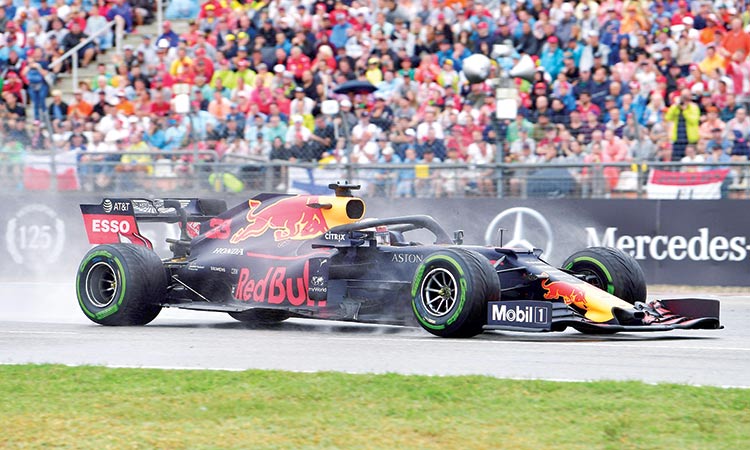