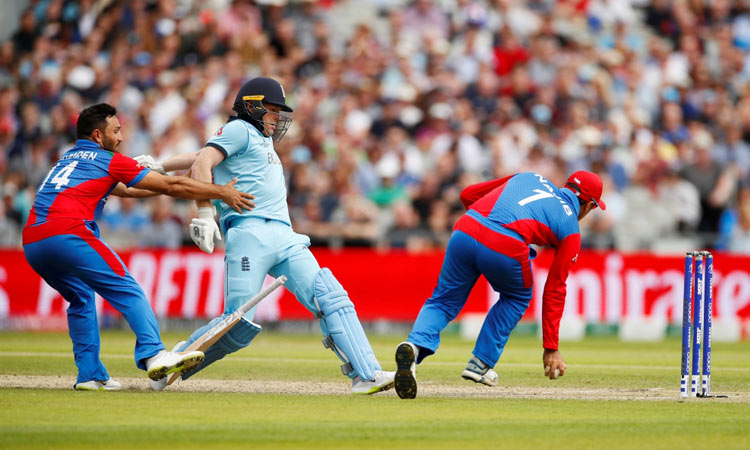 Ahmadzai has laid the blame for Afghanistan's five defeats in as many World Cup matches at the door of former West Indies all-rounder Simmons and his coaching staff.

The former bowler has accused Simmons of failing to prepare the team properly for their second appearance at the global showpiece event.

But now Simmons has promised to shine a light on troubles within the camp, including revealing details of the controversial decision to replace Asghar Afghan as captain less than two months before the start of the World Cup.

"I am in the middle of a World Cup and trying to get our team to perform to the level we expect," Simmons, who is standing down as Afghanistan coach at the end of the tournament, wrote on Twitter.

"But at the end of the World Cup I will tell the Afghanistan people about the part that Mr Dawlat Ahmadzai had to play in our preparation and his part in the dismissal of #AsgharAfghan."

Asghar was replaced as captain of the team in all three formats in April, with Gulbadin Naib picked to skipper the side at the World Cup.

Afghanistan were hit by more off-field problems on Monday when some members of their squad were involved in a late-night altercation that saw police summoned to a restaurant in Manchester.

World Cup hosts England defeated them by 150 runs on Tuesday — inflicting a fifth straight defeat at the tournament.

Rooted to the bottom of the 10-team table, Afghanistan next play India, one of the title favourites, at Southampton on Saturday.

Police were called after members of the Afghanistan squad were involved in an altercation at a Manchester restaurant on Monday.

The incident took place the night before Afghanistan's World Cup match against England at Manchester's Old Trafford, with the minnows going down to a colossal 150-run defeat — their fifth loss in as many matches at the tournament.

According to the BBC, the unnamed squad members took exception to being filmed by a member of the public, and confronted him.

But Afghanistan captain Gulbadin Naib, speaking to reporters after the match, played down the incident by saying he had no fresh information to offer on the alleged altercation.

"No, I haven't, so you can ask my security officer. I didn't know anything about him, about them," he said.

"Shortly after 11.15 pm on Monday 17 June 2019, police were called to reports of an altercation at a premises on Liverpool Road in Manchester," the statement said.

"Officers attended the scene. No one was injured and no arrests have been made. Enquiries are ongoing."

On the field, hosts England, aided by some sloppy Afghanistan fielding, piled up their highest World Cup score of 397-6, with captain Eoin Morgan hitting a one-day international record 17 sixes in his 148.