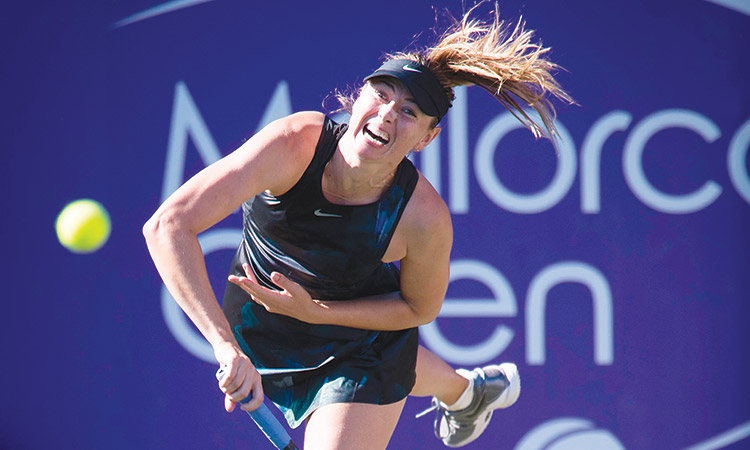 Maria Sharapova hits a return shot against Viktoria Kuzmova during their match at the Mallorca Open. Agence France-Presse

French Open champion Ashleigh Barty got her grass court season off to a winning start, but Johanna Konta’s Wimbledon preparations suffered a blow with defeat at the Birmingham Classic on Wednesday.

Barty saw off a bright start from Croatia’s Donna Vekic in her first match since lifting a first Grand Slam title to win 6-3, 6-4 and set up a second round meeting with American Jennifer Brady.

However, Barty insists she is not yet feeling any strain of being a Grand Slam champion.

Konta also made the last four at the French Open, but her return to the grass was cut short in the second round by Jelena Ostapenko 6-3, 6-4.

A former French Open winner herself, Ostapenko has struggled with injuries this season but has now posted back-to-back wins for just the second time this year.

Venus Williams progressed to round two as the 39-year-old eased past Aliaksandra Sasnovich 6-3, 6-4.

Meanwhile, Maria Sharapova made a winning return from injury on Tuesday by beating Viktoria Kuzmova 7-6 (10/8), 6-0 to reach the second round of the Mallorca Open.

The five-time Grand Slam champion has not played since the end of January after taking time out to recover from a shoulder injury, but edged a tight opening set against Kuzmova before strolling through the second.

Victory on the grass will come as a timely boost to morale for Sharapova, with the start of Wimbledon now less than two weeks away.

Kerber has struggled for form herself this year but is likely to offer a sterner test than Kuzmova, the Slovak ranked 46th in the world and who is still only 21.

Sharapova’s own ranking has dipped to 86 during her absence, meaning the Russian needed a wildcard to enter the draw in Mallorca, her fourth tournament this year. A tense first-set tie-break required Sharapova to save two set points before clinching the frame and Kuzmova never recovered, a limp second set ending with a half-volley dropped into the net.

Earlier, another former major champion crashed out as France’s Caroline Garcia came from behind to beat Victoria Azarenka 1-6, 6-4, 7-5.

Garcia maintained momentum with an impressive victory over the Belarusian, fresh from winning her first title of the year and seventh of her career at the Nottingham Open on Sunday.

The world number 28 will now face Spain’s Paula Badosa Gibert for a place in the third round.

Roger Federer began his run-up to Wimbledon with a win as he beat Australian John Millman in straight sets to reach the second round of the ATP tournament in Halle on Tuesday.

Federer won his first grass-court game of the season 7-6 (7/1), 6-3 on a muggy evening in Halle to set up a second-round meeting with French veteran Jo-Wilfried Tsonga.

Tsonga, 34, said it would be “something special” to face Federer after he beat compatriot Benoit Paire 6-4, 7-5 on Tuesday.

The 30-year-old Paire, infamous for his on-court tantrums, was given a warning in the first set after throwing his racket, but had the crowd laughing in the second when he and Tsonga engaged in a spontaneous keepy-uppy rally.

The Frenchman faces Federer on Thursday, and can boast of a perfect record against the Swiss on grass, having won their only meeting on the surface in 2011.

There was to be less joy for the Halle crowd as Germans Mats Moraing, Peter Gojowczyk and Rudolf Molleker were all knocked out on Tuesday On top of that world number five and rising star Alexander Zverev pulled out of the doubles tournament with a knee problem.

Zverev remains in the singles draw and is due to face American Steve Johnson on Thursday. 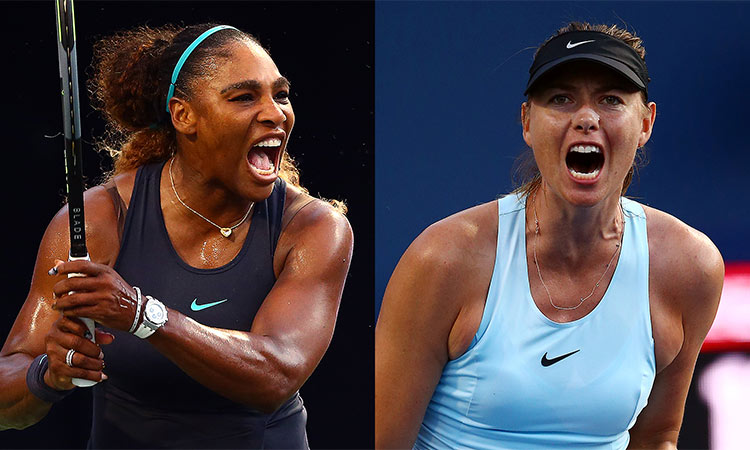