India have a demoralising effect on opponents: Ex-WC champion Srikkanth 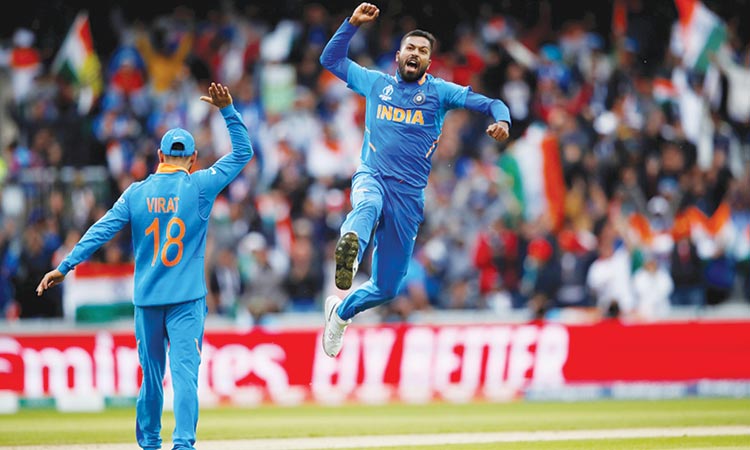 India beat Pakistan by 89 runs via DLS method in Manchester on Sunday to extend their blistering start to the World Cup. Two-time champions India, among the favourites to lift the World Cup along with England and Australia, have three wins and a no result from their four matches and look set for a semi-final place.

Srikkanth has been impressed by India’s form and claims their powerful displays are torturing opponents in the same way the great West Indies’ team of the 1970s used to have teams beaten mentally before the match even started.

“This is starting to feel a little like the West Indian teams of the 1970s, where the opposition would start the game with a psychological disadvantage.

“Teams are worried about facing India and how they will cope with them, which immediately puts them on the back foot.”

The West Indies, led by Clive Lloyd, was a dominant force when they won the first two editions of the World Cup in 1975 and 1979.

Kapil Dev’s India shocked the West Indies in the 1983 World Cup final to be crowned champions at Lord’s -- a moment that revolutionised Indian cricket.

India underlined their current class against Pakistan on Sunday, with opener Rohit Sharma leading the charge with 140 in their total of 336-5.

Pakistan could only manage 212-6 while chasing a revised target of 302 in 40 overs to go down without a fight.

“It felt like there was more pressure on Pakistan, who had built this up to be a huge game, whereas India and Rohit, in particular, were able to treat it like any other match,” Srikkanth said.

“That is vital in an ICC Men’s Cricket World Cup. You cannot put too much pressure on yourself because of who the opposition is.”

Sharma’s 136-run opening stand with KL Rahul, who scored a measured 57 after being slotted in as opener in place of the injured Shikhar Dhawan, stood out in the big win. Srikkanth said the half-century from Rahul, who helped see off a threatening opening spell from paceman Mohammad Amir, should not be underestimated.

“Everyone knows how good a batsman Rohit Sharma is but for me the more important innings against Pakistan was from KL Rahul,” Srikkanth said.

“Going into the game, the biggest question mark about this India team was how they would cope without Shikhar Dhawan (who remains with the squad under medical observation).

“The fact the top three all got runs, that Sharma and Rahul put on more than a hundred for the first wicket and that Virat Kohli got more runs, is huge for India going forward in the tournament.”

“I thought he (Sarfaraz) was confused because when Wahab was bowling he had a short mid-wicket. And when Shadab came on to bowl he had a slip for him. In these conditions it becomes difficult for a leg-spinner to grip the ball, especially when he’s not getting the right line and length. That is not the right way to approach a big game,” Tendulkar told India Today.

“They lacked imagination, lacked out of the box thinking. If the ball is not moving around much, you don’t continue bowling over the wicket, Wahab went around the wicket but it was too late by then. Hassan was the only guy to get the ball to move off the surface. I would have told them to change the angle and do something different. I never thought we were going to lose a wicket,” he added.

With seven points in four games, India are sitting pretty in the top pool of the points table. On the other hand, Pakistan just have three points from five games and are languishing at the bottom of the table, just above Afghanistan.