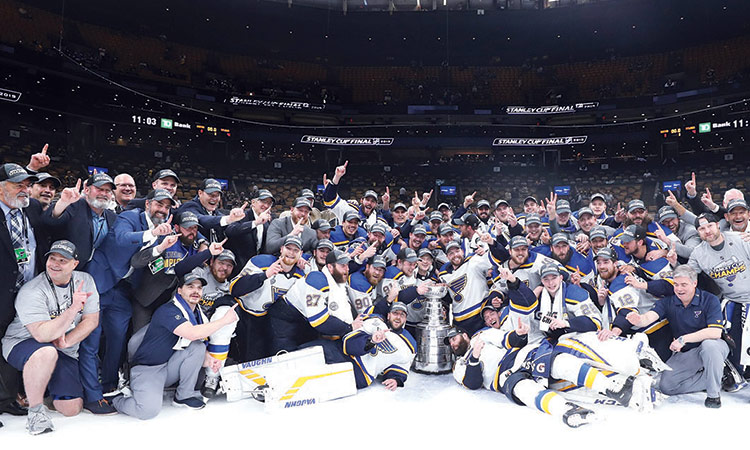 Los Angeles: Goaltender Jordan Binnington made 32 stops as the St Louis Blues captured their first Stanley Cup in franchise history with a 4-1 game seven win over Boston Bruins that capped a storybook season.

Captain Alex Pietrangelo and Conn Smythe Trophy winner Ryan O’Reilly each had a goal and an assist as an improbable Blues turnaround saw them go from the worst team in the NHL in early January to claim their first championship in their 52-year history on Wednesday.

“I can’t believe where I am right now,” said Binnington. “It is an incredible feeling.

“We did it. I can’t wait to get back to St. Louis and celebrate with the whole city.”

Binnington said the Cup, which weighs 15.5 kilos (34 pounds), was heavier to lift over his head than he expected.

“I haven’t done an upper body workout in three months. I got it up there and am going to lift it up a lot more times,” he said.

Binnington barred the door as the Bruins outshot the Blues but couldn’t beat the Canadian rookie, who didn’t become the team’s starting goaltender until halfway through the season.

Pietrangelo and O’Reilly, who won the award as the playoff MVP, scored goals in the final four minutes of the opening period to give the Blues a 2-0 lead despite being outplayed by a fired up Bruins offence in front of a crowd of 17,500 at the Boston Garden.

Boston goalie Tuukka Rask was tremendous in a game six win but allowed four goals on just 20 shots, including two goals on four shots in the first.

The 25-year-old Binnington looked like a seasoned veteran, making several clutch stops in the first off David Krejci and Marcus Johansson who got behind the St. Louis defence but couldn’t beat him in close. With the Blues ahead 2-0 in the third, he made another sensational stop on Bruins forward Joakim Nordstrom. 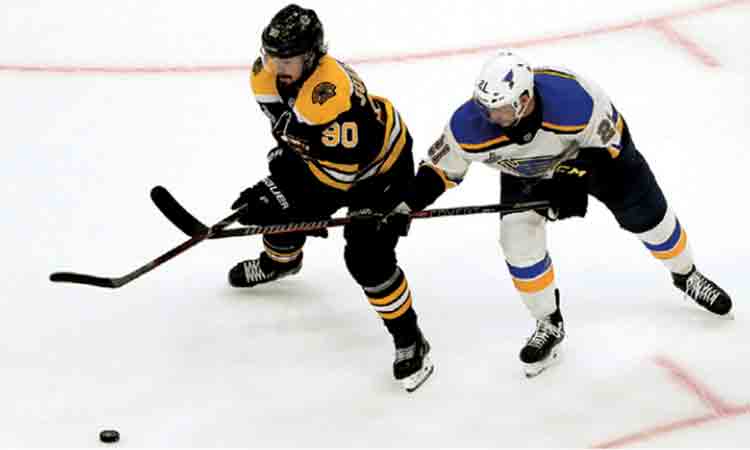 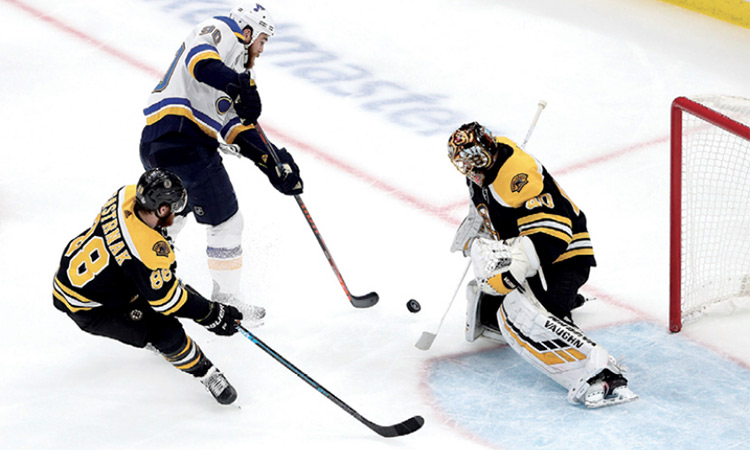