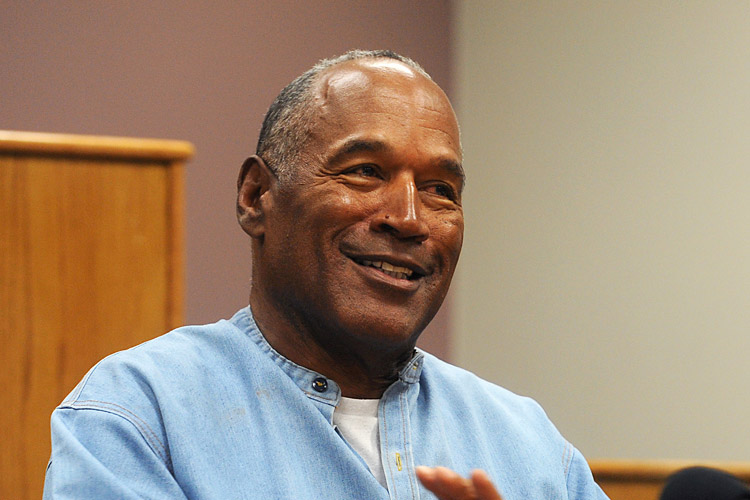 "Life is fine," OJ Simpson recently told The Associated Press in a telephone interview from his home in Las Vegas.

Twenty-five years after the grisly killings that transformed him from Hall of Fame football hero to murder suspect, 71-year-old Simpson says he is happy and healthy, plays golf nearly every day and stays in touch with his children.

He added that neither he nor his children want to talk about June 12, 1994, the night his ex-wife Nicole Brown Simpson and her friend Ronald Goldman were stabbed to death. Simpson was ultimately acquitted of the crime in what came to be known as "The Trial of the Century."

"We don't need to go back and relive the worst day of our lives," he said as Wednesday's anniversary of the killings approached. "The subject of the moment is the subject I will never revisit again. My family and I have moved on to what we call the 'no negative zone.' We focus on the positives." 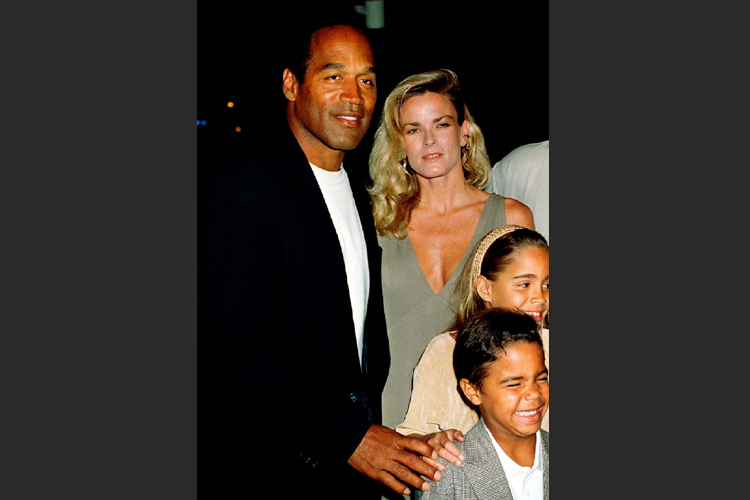 Nicole Brown and former football sensation OJ Simpson married in 1985 and had two children together, but divorced in 1992 due to a pattern of abuse and infidelity by Simpson. Photographer: Fred Prouser/Reuters.

Relatives of the two victims are disgusted Simpson is able to live the way he does while their loved ones had their lives cut short so tragically.

She wonders if Simpson is following conditions of his parole. "Yeah, I hear he's living the life of Riley out there in Las Vegas, being treated like a king," Goldman said sarcastically. But she added she rarely thinks of him unless someone brings up his name. Nicole Brown Simpson's sisters Tanya and Denise did not respond to email or phone messages.

Ron Goldman, then 25, was returning a pair of sunglasses that Nicole Brown Simpson's mother had left at a restaurant where he worked when he and Simpson's ex-wife were stabbed and slashed dozens of times. Simpson's televised trial lasted nearly a year and became a national obsession, fraught with issues of racism, police misconduct, celebrity and domestic violence.

Represented by a legal "Dream Team" that included Johnnie Cochran Jr and F Lee Bailey, he was acquitted by a jury in 1995 in a verdict that split the country along racial lines, with many white Americans believing he got away with murder and many black people considering him innocent.

He has continued to declare his innocence. The murder case is officially listed as unsolved.

The victims' families subsequently filed a civil suit against him, and in 1997 he was ordered to pay $33.5 million (Dhs123m) for the wrongful deaths of the two victims. Some of his property was seized and auctioned, but most of the judgement has not been paid.

This official booking photograph released by the Los Angeles Police department shows OJ Simpson is booked for murder June 17, 1994. Simpson was charged in the slayings of his ex-wife Nicole Simpson and her friend Ronald Goldman. AFP.

March 23, 1991 file photo of Ronald Goldman who was killed along with OJ Simpson's ex-wife Nicole Simpson outside her Brentwood apartment in Los Angeles. AFP.

OJ Simpson holds up his hands to the jury, June 15, 1995. Photographer: Sam Mircovich/Reuters.

He later served nine years in prison for robbery and kidnapping over an attempt to steal back some of his sports memorabilia from a Las Vegas hotel room. He insisted his conviction and sentence were unfair but said: "I believe in the legal system and I honoured it. I served my time."

For a man who once lived for the spotlight, Simpson has generally kept a low profile since his release from prison in October 2017. The knees that helped him run to football glory at the University of Southern California and with the National Football League's (NFL) Buffalo Bills have been replaced, and he recently had Lasik surgery on his eyes.

His parole officer has given him permission to take short trips, including to Florida, where his two younger children, Justin and Sydney, have built careers in real estate. His older daughter, Arnelle, lives with him much of the time. He also visited relatives in Louisiana, he said, and spoke to a group of black judges and prosecutors in New Orleans.

After he got out of prison in Nevada, many expected him to return to Florida, where he had lived for several years. But friends in Las Vegas persuaded him to stay there. "The town has been good to me," Simpson said. "Everybody I meet seems to be apologising for what happened to me here."

"I believe in the legal system and I honoured it. I served my time."

A month after his release, an outing to a steakhouse and lounge off the Las Vegas Strip ended in a dispute. Simpson was ordered off the property and barred from returning. No such problems have occurred since, and Simpson is among the most sought-after figures in town for selfies with those who encounter him at restaurants or athletic events he attends occasionally.

But the glamour of his early life is just a memory. After his football career, Simpson became a commercial pitchman, actor and football commentator. Once a multimillionaire, most of his fortune was spent defending himself from the murder charges. Simpson declined to discuss his finances other than to say he lives on pensions.

To coincide with Wednesday's anniversary, Kim Goldman will launch a 10-week podcast, "Confronting: O.J. Simpson," in which she will interview her brother's friends, the detective who investigated the killings, attorneys for the defence and prosecution and two of the 12 jurors who acquitted Simpson.

She will continue to make the case that Simpson was guilty.