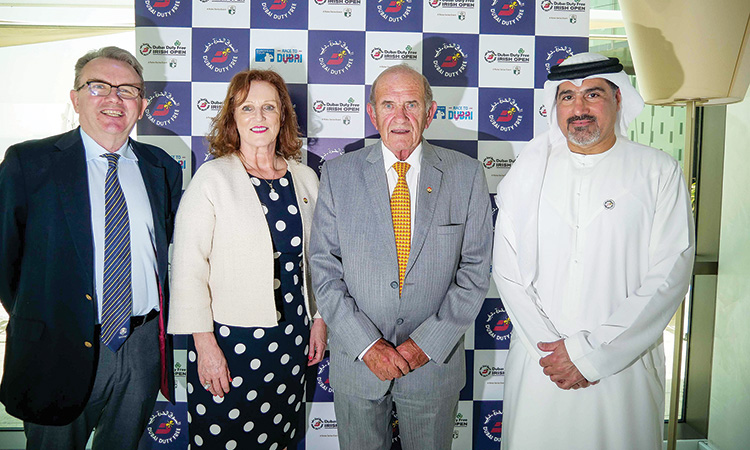 Rafa Cabrera Bello has become the latest former Ryder Cup star to join the field for next month’s Dubai Duty Free Irish Open, when the Spaniard will be targeting a second career Rolex Series victory at Lahinch Golf Club.

The World No.36 will join a star-studded field which includes his compatriot, the recently-announced Jon Rahm, on the west coast of Ireland for the second Rolex Series of the 2019 Race to Dubai, from July 4-7.

Cabrera Bello has enjoyed some strong results on Irish soil and this year’s event, the second Rolex Series tournament of the 2019 Race to Dubai, will be his 11th consecutive appearance at the historic national open.

His best performance at the Dubai Duty Free Irish Open came seven years ago at Royal Portrush – venue for this year’s Open Championship – when the 35 year old birdied three of the final four holes to make a late charge for victory but finished in a share of second behind winner Jamie Donaldson.

The Dubai-based player has since enjoyed some of the best form of his career, making his Ryder Cup debut at Hazeltine in 2016 before claiming his biggest European Tour victory at the 2017 Aberdeen Standard Investments Scottish Open.

“I have always enjoyed the Dubai Duty Free Irish Open and playing in front of the Irish crowds so I am really looking forward to going back,” said Cabrera Bello.

“I love playing links golf courses and I have heard Lahinch is a true test of golf and with Paul McGinley as host, I am sure it is going to be great week. I have also heard it is a big surfing town so I’m hoping to get out and catch a few waves during the week!”

The 2019 Dubai Duty Free Irish Open will be laced with nostalgia for the leading airport retailer’s Executive Vice Chairman and CEO Colm McLoughlin.

The tournament is set to be held at Lahinch Golf Club in County Clare for the first time and it’s a venue, and a county, of great significance to McLoughlin, Dubai Duty Free and the whole duty free industry.

Since Dubai Duty Free took over the title sponsorship in 2015, the growth of the Dubai Duty Free Irish Open has been astonishing. Already one of golf’s oldest and most historic events, having been played since 1927, it became part of the European Tour’s prestigious eight-event Rolex Series in 2017 which saw the prize fund increase to a whopping $7 million, making it one of the biggest events on the Race to Dubai schedule.

For the past four years four-time Major champion Rory McIlroy has been the figurehead of the tournament but this year marks the start of a new era where the modern greats of the Irish game will form a ‘pool’ of hosts who will rotate each year. First up is 2014 victorious European Ryder Cup captain McGinley while Major champions Darren Clarke, Padraig Harrington and Graeme McDowell as well as McIlroy will all join the roster.

“The vision and commitment of McLoughlin and his team over these past five years has helped the Dubai Duty Free Irish Open become one of the most prestigious and eagerly anticipated weeks on our calendar and this year is no exception. I know our visit to Lahinch and County Clare has special resonance for Colm and his wife Breeda and, like them, we are all eagerly anticipating another superb week.”