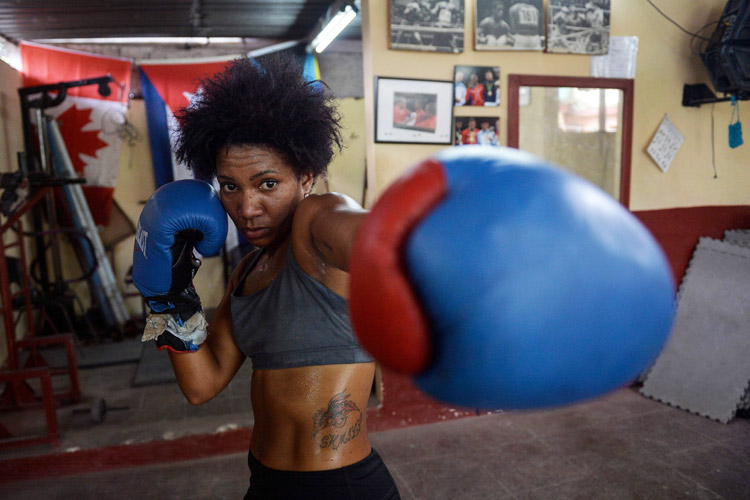 In Cuba, the island of boxing, big-hitting women are punching not so much a glass ceiling as a glass wall: Only men are allowed to compete in tournaments.

Idamelys Moreno smacks a series of whomping right hooks into a heavy punching bag in the musty funk of a Havana boxing gym. For the past four years, she has ripped it up in training to try to emulate dozens of Cuban men in winning Olympic boxing gold.

"They haven't given us our chance," fumes Moreno, a muscular 27-year-old with burning ambition and a simmering frustration. Ducking and feinting, her stance constantly shifts as she works her way around the swinging bag, the room resounding as her heavy blows dent its synthetic leather. The island's boxing greats beam down from posters on the walls, among them three-time Olympic champion Teofilo Stevenson.

"She's a boxer with a lot of enthusiasm and enormous physical capacities, but she is nowhere near her full potential yet," said her coach Emilio Correa, who won Olympic silver in 2008 and World Championship gold in 2005.

Cubans are rightly proud of their unique boxing tradition which has brought a haul of 37 Olympic golds and 76 World Championship winner's medals — all by men. But featherweight Moreno — whose haymaking right fist has been honed by sparring with men — pleads: "If they'd give us the opportunity, we can also build on the medal collection that the men have won."

Moreno is not the only woman working the bags. Taking turns to spar with her are Yuria Pascual, a 26-year-old biologist, and Ana Gasquez, a French woman who says she was drawn to Cuba by the mystique of its boxing tradition.

Ever ambitious, Moreno has set her sights on "a world and Olympic medal." Pascual says, "If men can do it, why can't we?"

It's an ugly paradox for these women that since 2006, Cuba has been represented in the female programs in all Olympic sports, including weightlifting and wrestling — but not in that last bastion of Cuban machismo: inside the ropes of a boxing ring.

It is generally accepted here that boxing is a man's sport, far too dangerous to accommodate women. Elsewhere, gender equality in sports has evolved and boxing joined the ranks of women's Olympic events at the London Games in 2012.

Moreno dismisses the views of Cuban men that boxing is too dangerous for her, insisting body protection is more than adequate. "All combat sports are dangerous. But we have protection for the chest, the head and mouth."

The official reluctance to recognise female boxing "will end up discouraging" young women who want to climb into the ring, says Moreno. They have role models aplenty across the globe, including Ireland's undisputed lightweight world champion Katie Taylor, whose path to professional success began with Olympic gold at London 2012.

Help from the Boys

Ironically, women are welcome to train in countless boxing gyms across Cuba, and Gasquez acknowledges the gesture from male counterparts at boxing's grassroots level. "Boys help us, they don't discriminate against us," she says. It's the officials in suits that draw their ire.

Women seemed primed for a breakthrough in 2016, when Cuban Boxing Federation President Alberto Puig announced the possibility of opening competition to females. But three years on, nothing has changed.

If they'd give us the opportunity, we can also build on the medal collection that the men have won.

They continue to train, fuelled by optimism that the Cuban sports Institute may eventually give a green light to women's boxing ahead of the 2020 Olympics in Tokyo. For these young boxers, it's impossible not to think of Namibia Flores, held up as an example to women boxers but who reached the age of 40 — the age ceiling for competition — without ever realising her dream of bringing a women's gold medal to Cuba.

"I don't want the same thing happening us," vows Moreno. Correa, the coach, says that if women's boxing is eventually sanctioned by Cuban authorities, the potential for the sport is "massive — because this is the island of boxing."

Alcides Sagarra, considered by many as the father of Cuban boxing, believes it is only a matter of time before women take their place among the sport's icons. "Cuban women cannot be denied their rights to participate in boxing competitions," said Sagarra, 82. He has a keen eye for developing talent, having trained more than 80 Cuban Olympic and world champions, including the legendary Stevenson who died in 2012.

Their talent is still raw, he says, but is willing to make a prediction: "They will eventually have a good level." 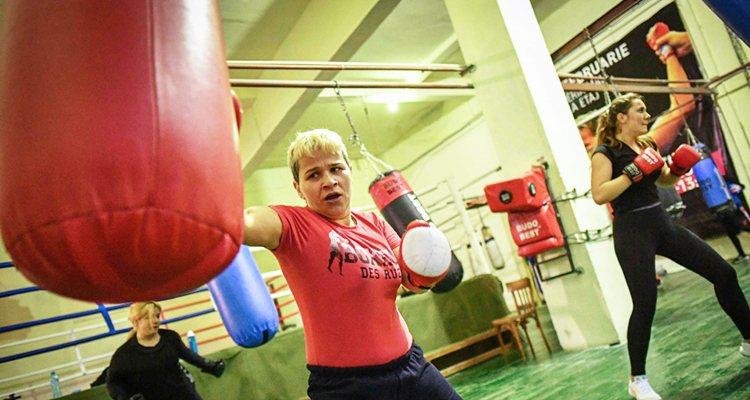 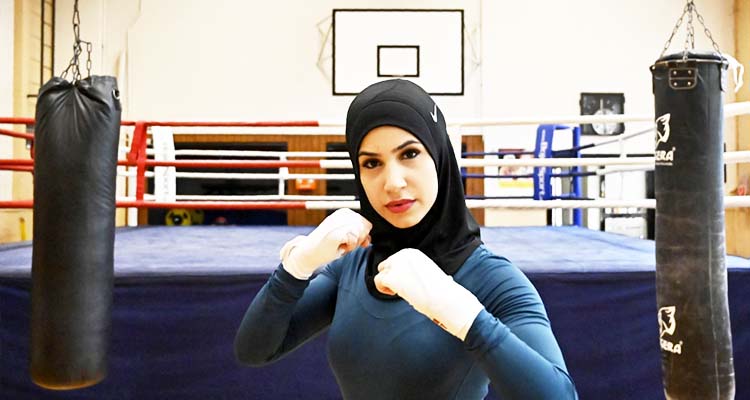