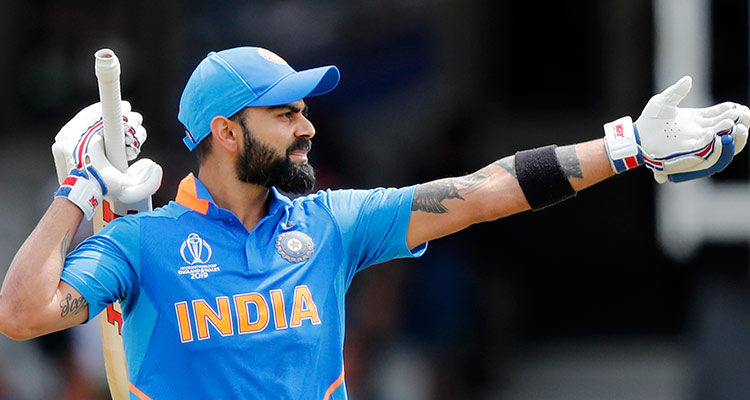 Kohli told reporters he had apologised to Smith for the chants of "cheater" directed from the stands.

India captain Virat Kohli insisted it was "not acceptable" for his side's fans to boo Steve Smith during the team's World Cup victory over Australia in London on Sunday.

Both Smith and fellow Australia batsman David Warner have been on the receiving end of jeers from opposition fans at the World Cup following their return to the international arena after serving year-long bans for their respective roles during a ball-tampering scandal in South Africa.

After India completed a 36-run win over the reigning champions, Kohli told reporters he had apologised to Smith for the chants of "cheater" directed from the stands towards the former Australia captain.

Kohli in fact had tried to stop the taunts on the field by urging India supporters -- who dominated a capacity crowd at the Oval -- to clap, rather than boo Smith when the Australian was fielding on the boundary.

- 'Not good to see' - "Look I think what's happened has happened, long back. The guy is trying to play well for his side. It's not good to see someone down like that to be honest," Kohli said.

"We've had a few issues in the past, a few arguments on the field, but you don't want to see a guy feeling that every time he goes out to play."

Kohli had once stopped short of calling Smith a cheat after a Test match in Bangalore in 2017 when the then skipper looked up towards the dressing room for help during an umpire review -- something not permitted under the rules -- and called it a "brain fade". 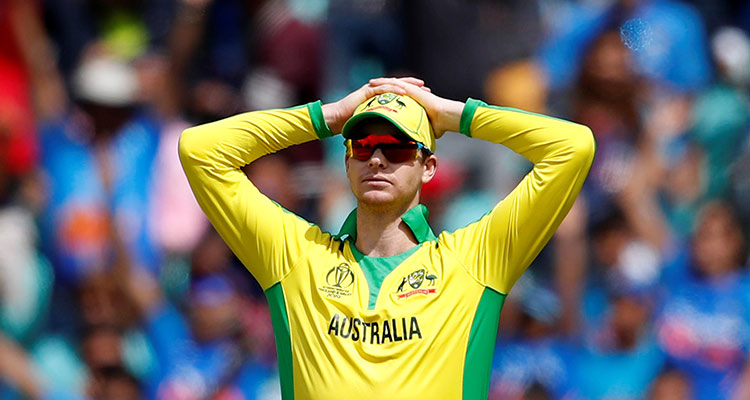 Kohli in fact had tried to stop the taunts on the field by urging India supporters to clap, rather than boo Smith.

The star batsman then insisted he would never be friends with the Australians again after winning a Test series marked by bad blood between the two teams but a different side to the Indian run machine, who made 82 in his side's total of 352 for five, was on show at the Oval.

"He (Smith) is coming back, he's playing hard and just getting on with it. There were a lot of Indian fans here and I just didn't want them to set a bad example," said Kohli.

"He didn't do anything to be booed, he was just playing cricket. If I was in a position where something had happened to me, where I had apologised, accepted it and then came back I wouldn't like it either.

"I just told him 'sorry on behalf of the crowd'. In my opinion I didn't think that was acceptable," he added.

Smith and Warner have both been in the runs since their returning and they each hit a fifty, albeit not as quickly as they would have liked, as Australia were dismissed for 316 to lose their first game of the tournament following two wins.

India's success was built on Shikhar Dhawan's 117 and his 127-run opening partnership with Rohit Sharma.

It was the duo's 16th century partnership in one-day internationals as they saw off the new-ball threat of Australian's Pat Cummins and Mitchell Starc.

Kohli rated the left-hand/right-hand combination of Dhawan and Sharma as "world-class" and sad the two batsmen were difficult to contain when in full flow.

"They both have a big-match temperament and we are lucky to have two such solid openers in our team who when they play well provide a lot of confidence to the dressing room," the captain said.