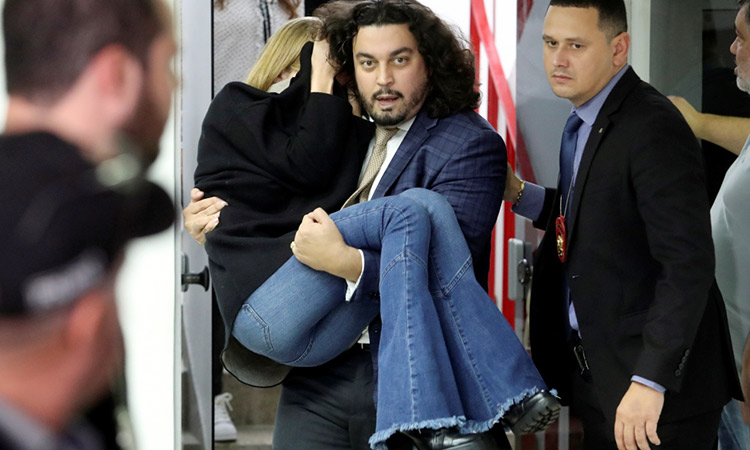 Najila Trindade de Souza is carried by her lawyer after giving testimony in a police station on Friday. Reuters

A 26-year-old model who has accused Brazilian soccer star Neymar of raping her in a Paris hotel testified to Sao Paulo police for about six hours on Friday, days after giving two television interviews detailing her allegations.

After the testimony, Najila Trindade was carried out of the police station in the arms of her lawyer with a black jacket covering her head. It was unclear why she was physically carried. 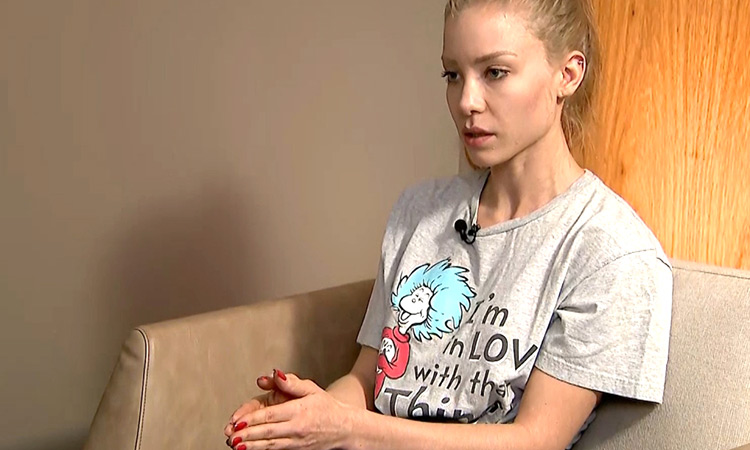 Neither she nor her lawyers disclosed what was said during the testimony but in an earlier interview with SBT television she said Neymar became aggressive after she refused to have unprotected sex with him in the May 15 incident. She said the player had sexual intercourse with her despite her refusal and hit her repeatedly.

The Associated Press doesn't name alleged sexual assault victims unless they make their identities public, which Trindade did in the television interviews earlier this week.

Neymar denies the accusation. He has yet to testify in the case. But he spoke to Rio de Janeiro police in a related cybercrimes investigation on Thursday after publishing a video with images and messages of the accuser in his Instagram feed without her authorisation.

Neymar's image rights holder NR Sports said in a statement Friday that it is working with the player's legal team to "shorten the completion of police process and prove his innocence."

"All the evidence disclosed up to now converges to the incontrovertible conclusion that the athlete Neymar Jr. was actually a victim of a 'malicious and false criminal complaint,'" the statement said. 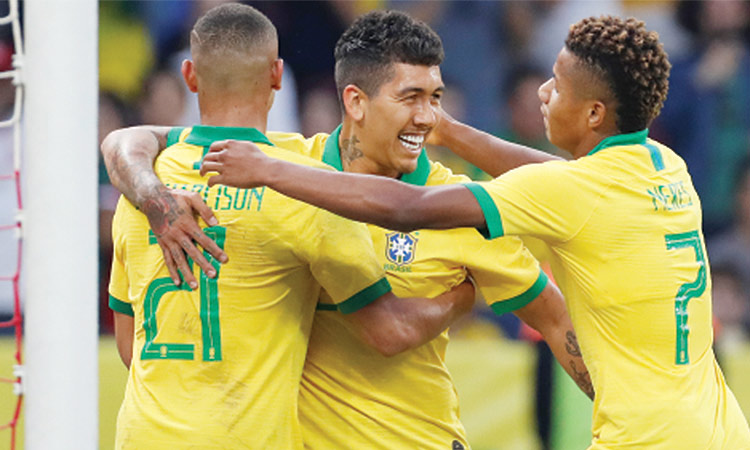