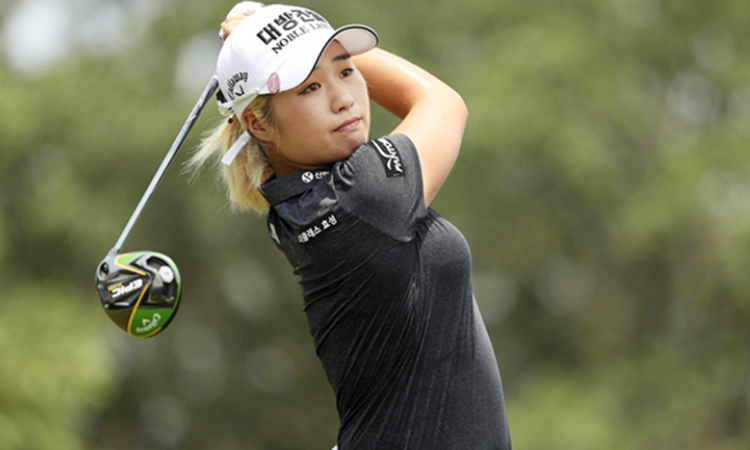 Lee6 Jeong-eun has spent this week fielding congratulations from well-wishers following her US Women’s Open win.

An exhausted but ecstatic Lee6 Jeong-eun will embark on the next chapter of her career at the Shoprite LPGA Classic on Friday, just days after her maiden major victory at the US Women’s Open.

The South Korean rookie has barely had time to absorb her triumph in Charleston on Sunday, when she outduelled Celine Boutier to win the Open crown by two shots.

It was the first LPGA Tour win of Lee6’s career and landed her a $1 million (890,000 euros) winner’s cheque, the largest prize ever offered to the winner of a womens’ golf tournament.

The win marked an emotional milestone for Lee6, who pursued a professional career in order to help support her family after her father was left paralysed from a serious accident when she was a child.

Lee6’s wheelchair-bound father, Lee Jung-ho, regularly supported his daughter throughout her career and would often appear at tournaments.

Speaking to reporters on Wednesday at the Seaview Golf Club in Galloway, New Jersey, Lee6 said she hoped attention would now shift to her golf rather than her family life.

“A lot of people talked about it, talked and asked about my father, but my mom got jealous, actually, so if people could ask about my mom, too,” she said.

“I know my background is a little bit tragic, and I know it’s kind of hard to say, but I totally understand why people are curious because obviously people don’t really know about me because I just became an LPGA player.

“And so I wish everyone, you know, could ask about me, more than my family.”

A numeral was added to Lee’s family name to differentiate her from five other women on the Korean Tour with the same name, Lee Jeong-eun.

“It goes by one, two, three, four, five, six. I’m the sixth Jeongeun Lee player, and that’s why they put it down as Jeongeun Lee6. But this is my lucky number too, so I would love to put down Lee6 as my last name.”

Lee6 has spent this week fielding congratulations from well-wishers following her triumph on Sunday.

“My fingers are tired, it hurt a lot, because I’ve been sending so many messages and e-mails and phone calls to everyone,” she said.

Although she admits to being drained by her Open victory, she is determined to ensure her first LPGA title is only the beginning.