New Zealand dismiss Bangladesh for 244 at the Oval - GulfToday

New Zealand dismiss Bangladesh for 244 at the Oval 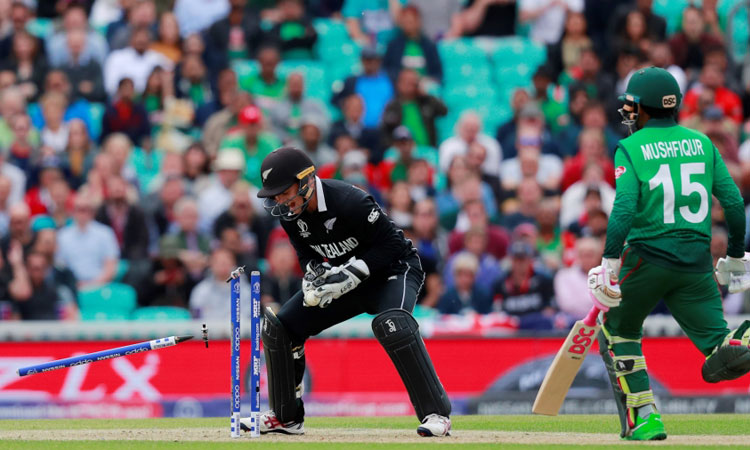 Bangladesh's Mushfiqur Rahim is run out by New Zealand's Tom Latham during the match on Wednesday. Reuters

Bangladesh was all out for 244 after New Zealand won the toss and put the squeeze on at the Oval in their day-night match.

The top five batsmen all made starts but invariably got themselves out under pressure to escape New Zealand's grip.

Shakib Al Hasan, the third Bangladeshi to play 200 ODIs, top scored with 64. He was the only batsman to score more than 30.

The New Zealand battery, backed up by smart fielding, took advantage of a fresh pitch, overcast skies, and disciplined bowling to set a gettable target.

Matt Henry returned 4-47 and Trent Boult snared a pair of wickets, while Lockie Ferguson, Colin de Grandhomme, and Mitchell Santner took one each.

Santner, the slow left-armer, was unhittable through the middle overs, not conceding a boundary until his ninth over, and the only six of the match in his 10th. But his performance will also have heartened the Bangladesh spinners.

New Zealand has a 4-0 win record against Bangladesh at the World Cup, batting second each time.