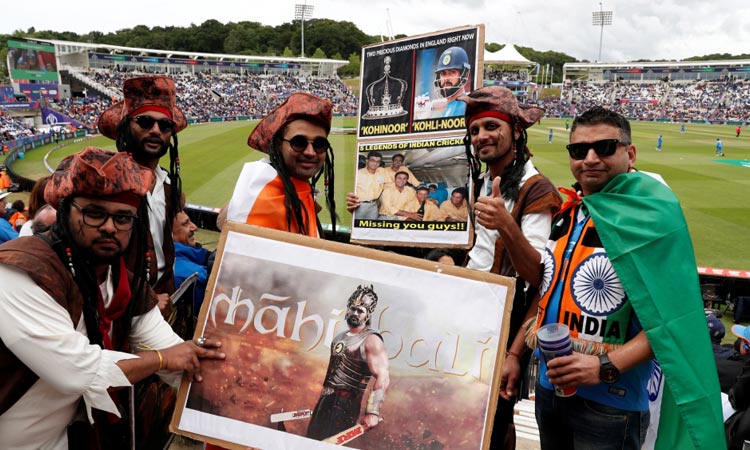 India fans display a poster in reference to Virat Kohli during the match on Wednesday. Reuters

India fans said they would settle for nothing less than World Cup glory as Virat Kohli's team began their campaign against South Africa at Southampton on Wednesday.

Kapil Dev led India to their first World Cup title in 1983 at Lord's, whipping up a national frenzy that boosted the profile of cricket in the country. 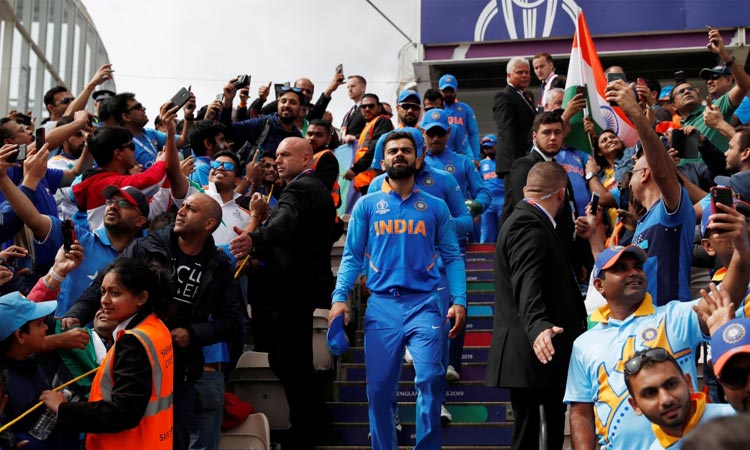 Virat Kohli and team mates walk on to the pitch before the match against South Africa on Wednesday. Reuters

"We have heard stories of Kapil lifting the Prudential Cup at Lord's by our father, now we want to witness the feeling," said Anup Kumar, an Indian fan who travelled down from London to see the match.

"Kohli can do it for sure," the 32-year-old banker added.

India last won the 50-over competition under Mahendra Singh Dhoni in 2011 at Mumbai's Wankhede Stadium and are among the fancied sides alongside hosts England and Australia. 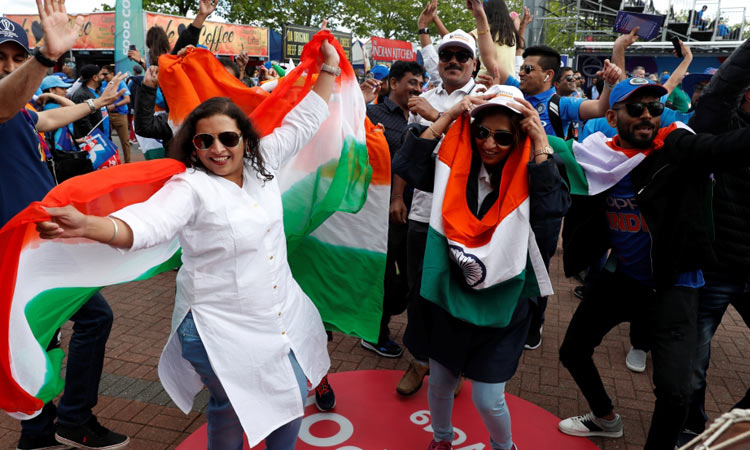 India fans outside the stadium before the match on Wednesday. Reuters

India are beginning their campaign after nearly a week of World Cup action and fans flocked to Southampton in blue shirts, painted faces and colourful outfits.

"We will follow the team. There is Dhoni, there is Kohli, there is Rohit Sharma. We will certainly make the semi-finals," said British-based Rina Singh.

"India are always a force to reckon with in World Cups. If we can get the better of England in one of the knockouts then we are there."

Cheered by a sea of blue in Southampton, Kohli said the fans could play a key role.

"The crowd support will be massive for us -- lots of people who live here and lots who are travelling here," Kohli said after losing the toss.

All 10 teams will play each other in the round-robin tournament to decide the four semi-finalists.