Bronze dreams of WC gold for England in her adopted France 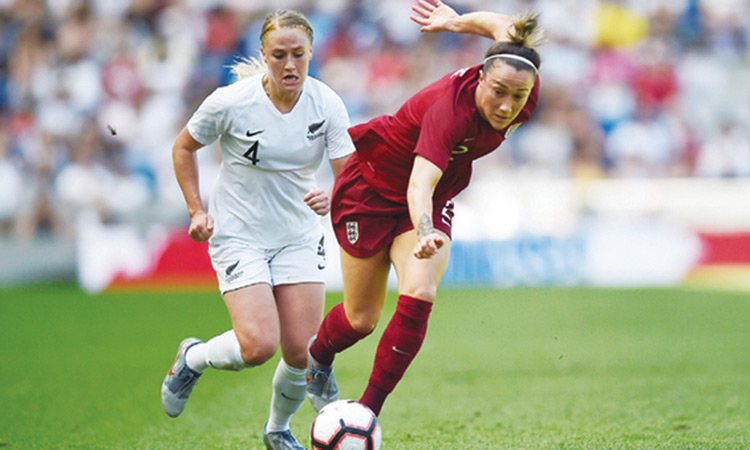 England will begin their World Cup campaign on June 9 in the Group D opener against Scotland in Nice. Agence France-Presse

From the moment she signed for Lyon in 2017, Lucy Bronze admits there is one thing she has not been able to get out of her mind. “From that second it was always in the back of my mind every time I go on the pitch, every time I play a game for Lyon, that England could be playing the final of the World Cup and lifting the trophy on the field,” the England star said.

Bronze is speaking at Lyon’s training ground, which the club’s men’s and women’s teams share, next door to the 58,000-seat Groupama Stadium.

It will be a fitting venue for this year’s World Cup semi-finals and final. After all, Lyon can already lay claim to being the global capital of women’s football.

They have just won a fourth consecutive Champions League, destroying Barcelona 4-1 in the final. They monopolise the French league.

Bronze, 27, is confident her dream can come true, with Phil Neville’s England arriving in France as genuine contenders. Defeats in the semi-finals at the last World Cup and Euros have left the Lionesses determined to take the extra step.

“I know people argue that we haven’t won anything yet, but I think sometimes it is harder when you have won it, to keep getting that hunger, whereas we have that hunger,” says Bronze, formerly of Everton, Liverpool and Manchester City.

For England, the road that Bronze hopes will lead back to her adopted home in Lyon starts on the Cote d’Azur on Sunday when they play Scotland in Nice.

Their 6-0 win over the same opponents in their first game at the Euros suggests they will take some beating again. Scotland will want revenge, but it is not an occasion to faze Bronze, who comes from Berwick-upon-Tweed, a north-east English town so close to the border that the local men’s club play in the Scottish leagues. “It’s the old rivalry. Maybe it means a lot more to Scotland because it was their first tournament, their first World Cup.”