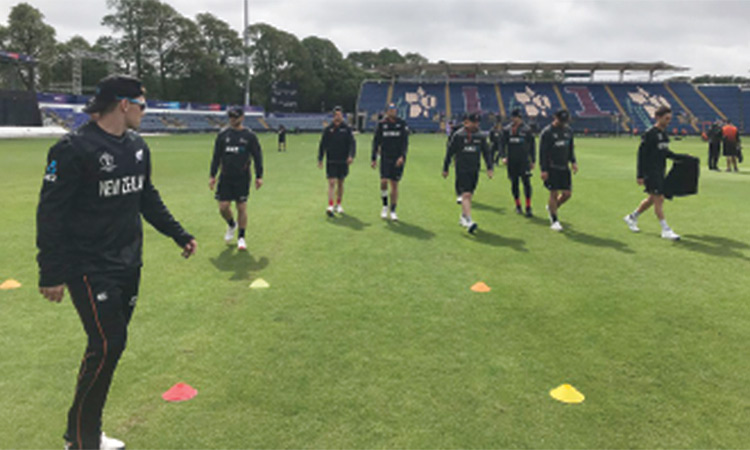 New Zealand are happy to go under the radar as they prepare to launch their campaign for World Cup glory against Sri Lanka in Cardiff on Saturday.

New Zealand will look to leave behind the thrashing against West Indies and aim for a positive start to their World Cup campaign when they take on Sri Lanka at the Cardiff Wales Stadium on Saturday.

Sri Lanka captain Dimuth Karunaratne has revealed stirring speeches from two of his country’s greats provided the perfect preparation for their bid to win the World Cup.

The Black Caps were taken for plenty by the West Indies in their final warm-up match where they squandered 421 runs and eventually lost the match by 91 runs.

However, they would take a lot of confidence from their first outing against India where they bundled out the Men in Blue for 179 before chasing down their total with six wickets to spare.

The Black Caps reached the final four years ago for the first time after six semi-final defeats, only to be soundly beaten by Australia in Melbourne.

Kane Williamson has replaced the swashbuckling Brendon McCullum as captain but the core of the team that came so close in 2015 remains.

Since the last World Cup, New Zealand have risen as high as second in the world rankings but have also been beaten at home by South Africa, England and India.

New Zealand beat fancied India in their opening World Cup warm-up game before going down to the West Indies.

“New Zealand are in a sweet spot. No one’s talking about us too much,” he said at the opening party of the 12th edition of the 50-over tournament. “We’re forever the underdogs and that suits us quite well.... If we can get some form going over the next few weeks, there’s no reason why New Zealand couldn’t go on and win the World Cup.”

Taylor has been in breathtaking form in recent years in the one-day game, averaging over 60 in ODIs in 2017 and more than 90 last year.

Williamson, ranked 12th, and Martin Guptill, ranked 10th, are the other main dangermen in the New Zealand batting line-up

“The way T20 cricket goes, it can come down to six or 12 runs at the end of it, and ODI cricket is becoming an extended version of T20 cricket in my opinion,” Boult said.