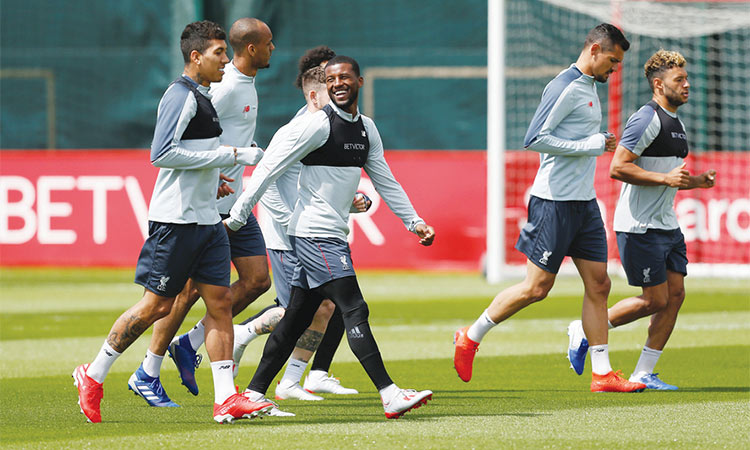 Liverpool’s players warm up during a training session in Melwood on Tuesday.

The German manager, who guided the Reds to last year’s final, which they lost to Real Madrid, saw his side narrowly lose out to Manchester City in the race for the Premier League title.

But Liverpool can ease the pain of last year’s defeat to Real and finish the season on a high by being crowned European champions for a sixth time in Madrid on Saturday.

“We are all very excited about having the chance again,” Klopp told reporters at Liverpool’s training centre.

“It’s about dealing with the situation and so far we have controlled our emotions,” added the Anfield boss, who also tasted defeat with Borussia Dortmund in the 2013 Champions League final, when his side lost to Bayern Munich in an all-German clash.

“It’s pure excitement and we are looking forward to it.” Guinean midfielder Keita will not feature in the match as he recovers from a groin injury but there was better news for Brazilian forward Roberto Firmino, who is also grappling with a groin issue.

“There’s no chance for Naby, but he’s progressing well. Bobby was part of training last week and will be a part again tomorrow and he’s looking good so he will be part of the final, I’m sure.”

On recovering from two near misses as a Champions League manager to try and make it third time lucky this weekend, Klopp said: “I don’t like to blame my other team -- I love them all -- but I’ve never been part of a final with a better team, that’s true.

“Our boys mix potential with attitude in the best way I’ve ever seen.

“After Barcelona (the 4-0 semi-final comeback at Anfield), nobody believes more in this team than the team itself. We wanted it really badly.”

Klopp described the match against Mauricio Pochettino’s men as a “proper European final” even though it is an all-Premier League affair.

“The quality of us and Spurs is very similar. We know a lot about Tottenham but we have had three weeks since our last game and in three weeks I would have known the name of the groundsman of Barcelona, for example.”

“The biggest moment of my career was in 2004 in getting Mainz promoted,” said the Stuttgart-born coach.

“Winning the Champions League final with Liverpool would be (the) new (one).”

Klopp also said his current Liverpool team are the strongest side he has taken to a final as he plots Champions League glory.

It will be Klopp’s fourth European final as a manager, having been a Champions League runner-up with Borussia Dortmund in 2013, before losing the Europa League final with Liverpool in 2016.

“I don’t like to blame my other teams (for the European final defeats),” said Klopp, whose side lost out to Real Madrid in the final last year.

“I love them all. They all gave everything but I have never been part of a final with a better team than this.

“I am not so surprised by this because our boys mix our potential with attitude in the best way I have witnessed. That is brilliant.” However Klopp, speaking at Liverpool’s training ground Tuesday, made clear that he has yet to surpass his first major achievement as a manager, leading minnows Mainz into the Bundesliga for the first time in their history 15 years ago, on a minimal budget.

Asked if Saturday’s final marked the pinnacle of his career, the manager, whose side finished a single point behind champions Manchester City in the Premier League, said: “If I win it, yes. It would be different to the last finals.

“Is bringing the team to the Champions League final (in itself) the biggest moment in my career? No, that was 2004, getting promoted with Mainz. If you had known the money we had, the circumstances we had... and the fact was that nobody needed us in the first league.

“If I win the Champions League, though, I will have to think about this question again.” Klopp is hopeful that forward Roberto Firmino will be fit to play a part in Saturday’s final, having missed the final three matches of the season with a muscle issue.

Midfielder Naby Keita, however, will not recover from his adductor injury in time to face Tottenham.

“No chance for Naby,” Klopp said. “Naby is really progressing well. We will see how it will work out for him for the Africa Cup of Nations. 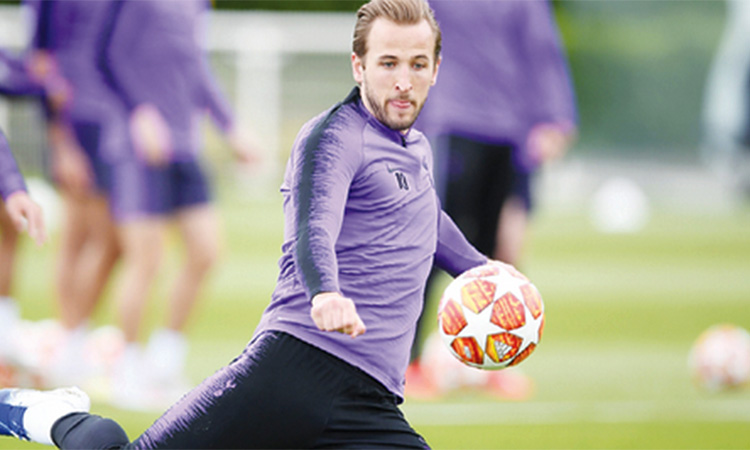 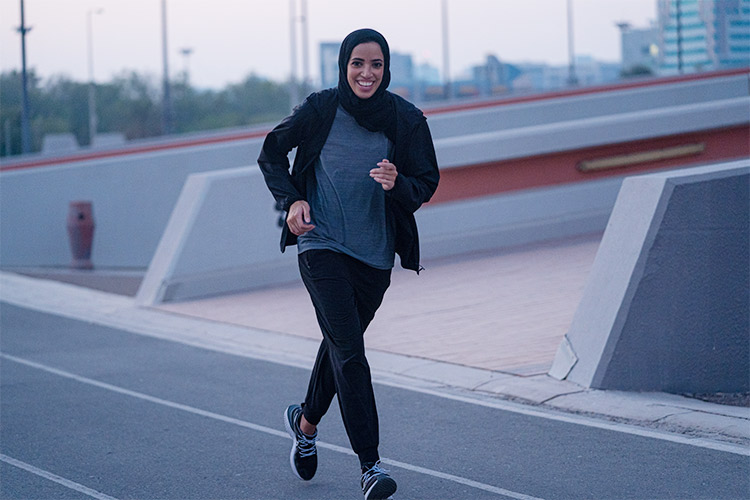 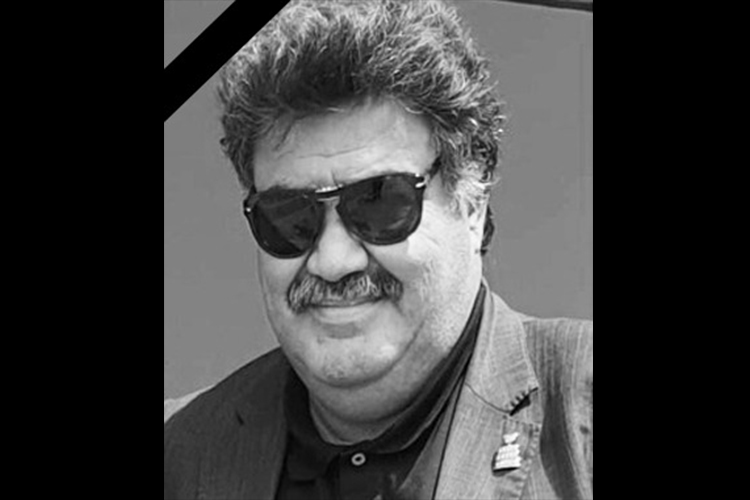 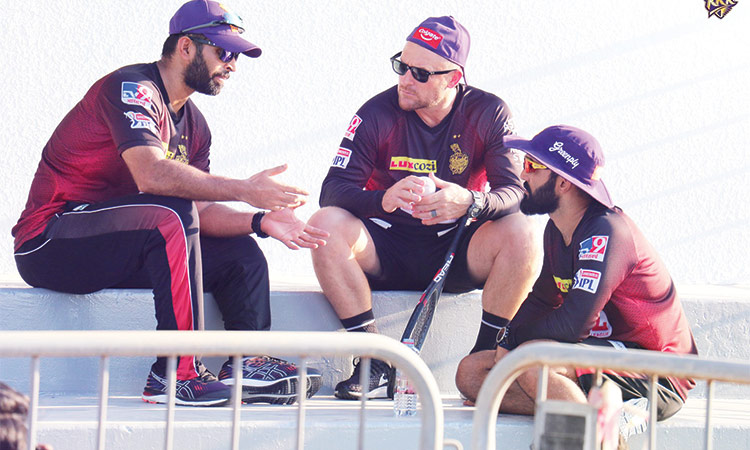