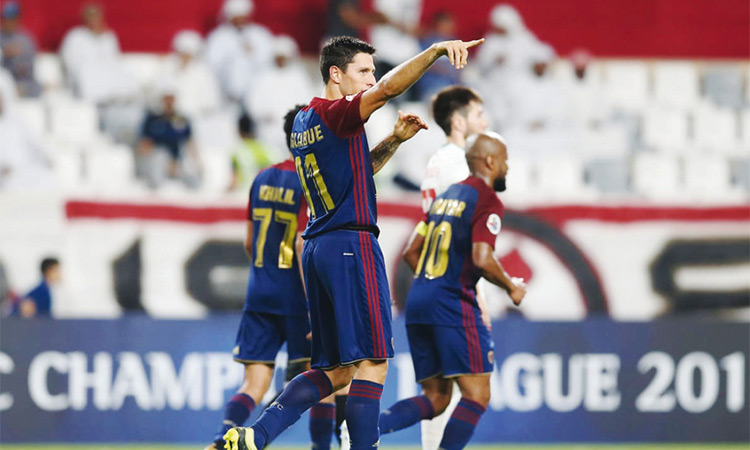 Players of Al Wahda and Al Ain in action during their AGL final matchday game at the Al Nahyan Stadium on Sunday.

The Clarets earned a late 1-0 win over Al Ain in the final matchday of the Arabian Gulf League at Al Nahyan Stadium on Sunday night.

After a goalless first half, the Boss were dealt a huge blow as Mohanad Salem was sent off in the 63rd minute. As the game seemed to be headed for a draw, Sebastian Tagliabue netted the winner only three minutes from time to book his side a spot in Asia’s top continental competition. The Argentinian also clinched the topscorer award with 27 goals to his name, having played 25 matches.

Al Wahda and Al Ain are tied on 46 points. The Clarets earned a third-place finish, which will secure their automatic qualification to the Asian Champions League group stage. The Boss, who finished fourth, will enter the AFC Champions League qualifying play-offs Al Jazira missed out on next season’s Champions League after their 3-1 defeat to Al Nasr and Al Wahda’s victory over Al Ain. Alvaro Negredo opened the scoring in the 38th minute and Tareq Ahmed doubled their lead eight minutes after the restart at Al Maktoum Stadium. Ronnie Fernandez scored from the spot in the 66th minute to make it 3-0 before Ali Mabkhout pulled one back for the Pride of Abu Dhabi two minutes from time.

Meanwhile, Al Jazira head coach Damien Hertog admitted his side didn’t play to their potential against Al Nasr as they missed out on reaching next season’s AFC Champions League (ACL).

“I am sad as we really wanted to qualify for the AFC Champions League,” Hertog said during the post-match press conference.

At Mohammed bin Zayed Stadium, Ajman defeated Al Dhafra in a thrilling 4-3 match. Mame Thiam opened the scoring in the 12th minute before Suhal Al Mansoori equalized eight minutes later. Al Dhafra and Ajman were awarded penalties in the 24th and 27th minutes, respectively. They were converted by Khaled Bawazir and Vander Vieira.

Adil Hermach put the Oranges in front in the 33rd minute before Mame Thiam extended their lead just before halftime. Hasan Al Hammadi pulled one back for Al Dhafra deep into injury time but it was too little too late as Ajman collected the three points.

The Oranges earned a seventh-place finish with 37 points, three spots above Al Dhafra who have 29 points. 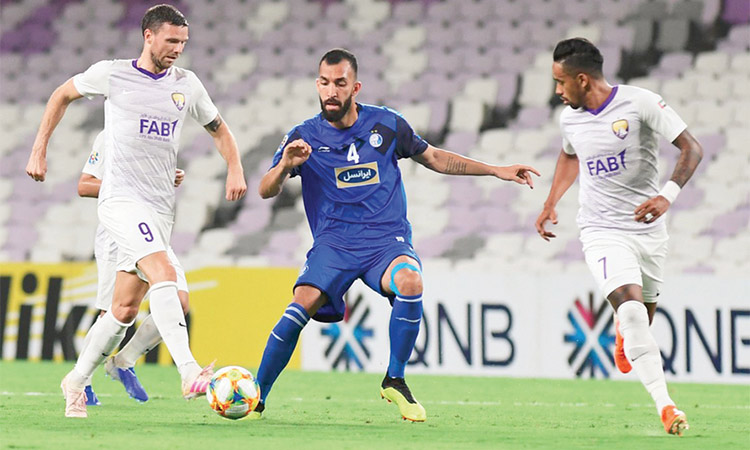