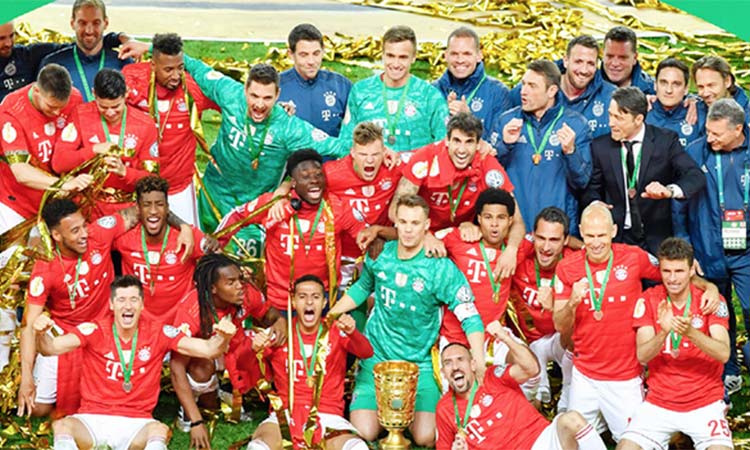 Goals from Lewandowski and Kingsley Coman sealed victory for Bayern in an enthralling game at the Olympic Stadium in Berlin.

Both Robben and Ribery came off the bench to make their final appearance in a Bayern shirt, and Lewandowski hailed the iconic duo after helping Bayern to victory with a goal either side of half time.

The win sees Bayern lift the golden German Cup trophy for the 19th time in their history, just a week after securing a seventh successive Bundesliga title last Saturday.

The campaign has been particularly tough for Bayern coach Niko Kovac, who has faced constant criticism both from inside and outside the club in his first year in charge.

Yet the fans chanted Kovac’s name before and after the final whistle as Bayern ended their season on a high.

Both sides probed rather frantically for an opener in the first half, and Manuel Neuer denied Yussuf Poulsen with a reflex save on ten minutes.

It was Bayern who broke the deadlock, though, Lewandowski flicking in a superb header in the 29th minute after a fine move on the left from Coman and David Alaba.

Coman had a free run at goal and rounded goalkeeper Peter Gulacsi shortly before half-time, but his shot was cleared on the line by Ibrahima Konate. Emil Forsberg had a similar chance for Leipzig just after the break, but came off second best in a one-on-one with Neuer. 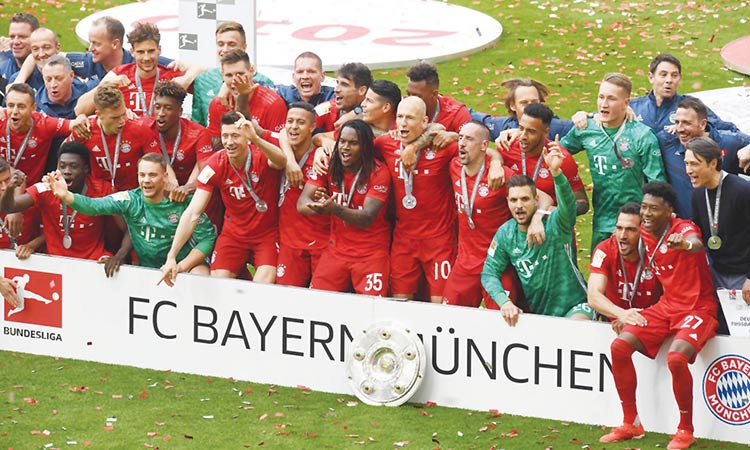