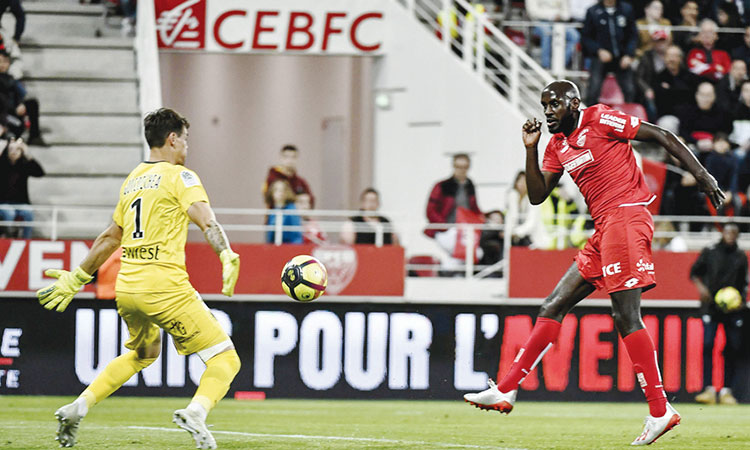 The 45-year-old German took over in June 2018 and despite winning Ligue 1 has come under scrutiny after the Parisian club’s defeat to Manchester United in the Champions League last 16.

“I’m delighted to extend my contract and commitment to Paris Saint-Germain,” Tuchel said.

“I’d like to thank the chairman and the whole club for their trust in me and my staff. This only reinforces my ambition to bring this team to the very top through hard work,” he told the club website “I’m also very touched by the backing of our supporters, and I’m sure that the best is yet to come for our club.” Nasser al-Khelaifi, Paris Saint-Germain chairman and CEO, praised Tuchel’s energy and modus operandi.

“For a year now, Thomas has been bringing fantastic energy to the daily life of the club, not only for the players, but for the whole of Paris Saint-Germain,” the Qatari said.

“We are delighted to be able to rely on his qualities on a long-term basis.” Tuchel was appointed last year on a two-year deal to succeed Unai Emery. He had been widely praised for his work at the Parc des Princes, but another elimination from the Champions League in the first knockout round had raised questions.

PSG had been desperate to make progress in Europe after being knocked out of the Champions League last 16 in back-to-back seasons under Emery. They looked on course to reach the quarter-finals after a 2-0 win away to United in the first leg, but a 3-1 home loss at the Parc des Princes knocked them out on away goals.

The nature of their defeat, especially coming two years after their capitulation against Barcelona at the same stage, has seen PSG widely labelled as bottlers, incapable of dealing with the tension on the big stage.

Meanwhile, Dijon came from behind on the last day of Ligue 1 on Friday to beat Toulouse, 2-1, and grab a lifeline that could keep them in the French top flight.

“It was the day of an exploit,” said Dijon manager Antoine Kombouare.

At the start of the final round, Guingamp were sure to finish last, while Dijon occupied the other direct relegation spot, one point behind Caen occupying the pace that brings a playoff against a Ligue 2 team. Both could have caught Monaco and Amiens and escaped altogether.

Dijon needed to win but fell behind at home to a 33rd minute goal by Bafode Diakite. Naim Sliti levelled after 58 minutes. Four minutes later, Julio Tavares smashed in a close range shot that Mauro Goicoechea reached but could not stop only for the assistant referee to flag off side. Referee Mikael Lesage consulted video replay and awarded the goal.

Caen, who had needed only a draw to stay clear of Dijon, lost 1-0 at home to Bordeaux despite frantic second-half pressure. Younousse Sankhare headed the only goal of the game after 19 minutes and were relegated.

Asked if he was disappointed, Caen president Gilles Sergent told French television: “The word is too weak. We had our destiny in hand tonight, all we had to do was win or just draw.” “We feel ashamed tonight,” he said. “We’re going to have to prepare for the next season in Ligue 2. That’s hard to say.” Caen’s defeat meant Monaco, who suffered an ugly 2-0 loss along the Riviera at Nice and Amiens, who beat Guingamp 2-1, were safe.

“This season was very hard for everyone,” said Leonardo Jardim who started and finished the season as Monaco coach but was replaced from October to January by Thierry Henry. “I am very relieved and very happy.” Paris Saint-Germain, long ago confirmed as champion, lost 3-1 at Reims but still finished 16 points clear. Kylian Mbappe scored the PSG goal to finish the season on 33 goals, 11 more than the next highest scorer in Ligue 1, Nicolas Pepe of Lille.

Lille, already sure of second and a place in the Champions League group stage, subsided 3-1 at Rennes, finishing the match with 10 men.

Lyon, sure of third and, at the least, a place in Champions League qualifying, scored in the 89th minute and then in added time to win 3-2 at Nimes.

“I am proud and happy,” said Bruno Genesio, after his last match as Lyon coach. “I asked the players to finish the season well. They did it.”

Mario Balotelli earned the other red card of the final day, stamping on an opponent with three minutes left but Marseille still beat Montpellier 1-0, to take fifth place.

Dijon will now play Lens, who finished fifth in Ligue 2 but beat Troyes in a the playoffs earlier Friday, for a place in Ligue 1. The two-leg playoff begins on Thursday.