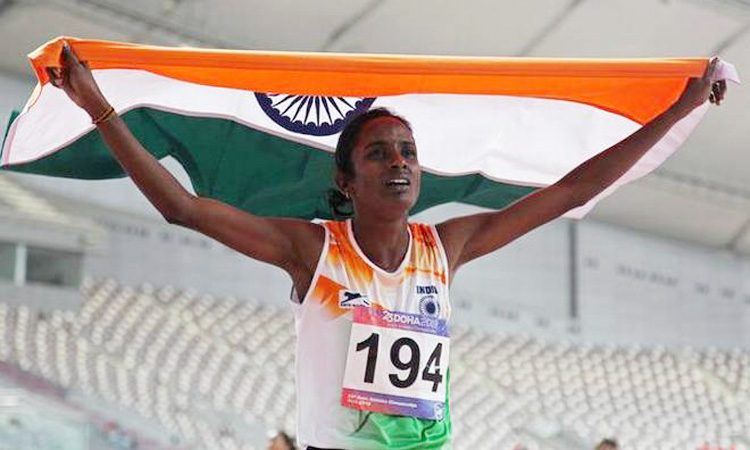 Gomathi Marimuthu positive dope test could possibly mean that India would lose one of the three golds it won at Doha. File photo/Reuters

The 30-year-old tested positive for anabolic steroids after her win at the Asian championships in Doha last month, a spokesman for the Athletics Federation of India told AFP.

“She has been provisionally suspended until her 'B' sample is tested after which she faces a maximum ban of four years,” the official added.

“India will lose the gold if the second sample also returns positive.”

The statement on Twitter said Gomathi had tested positive for norandrosterone, a type of anabolic steroid.

Gomathi, who hails from the southern state of Tamil Nadu, surprised observers with her winning time of 2min 2.7secs at the Asian championships where India won three gold, seven silver and seven bronze medals.

Gomathi told Indian media she was “shocked” by the failed test and would seek analysis of the B sample.

Media reports said however that Gomathi may have failed a test at a domestic meeting in March but the national doping watchdog did not immediately report the result to the Indian federation.