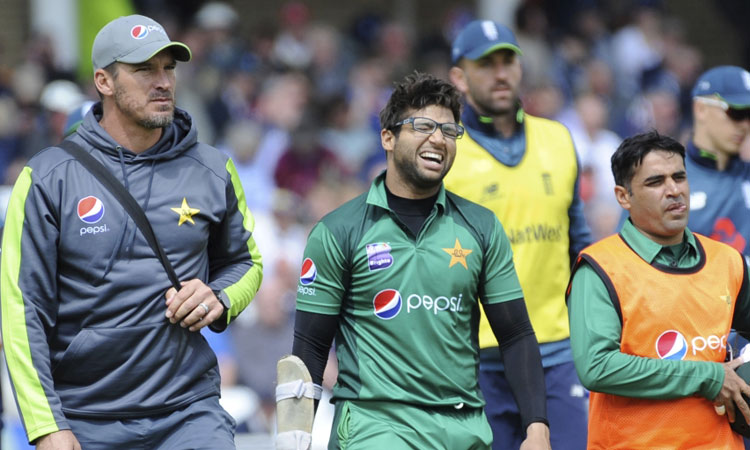 Imam-ul Haq grimaces in pain as he leaves the pitch after injuring his hand on Friday. AFP

Pakistan batsman Imam-ul Haq suffered a nasty-looking injury just weeks away from the start of the World Cup when he was struck a painful blow on the arm by England fast bowler Mark Wood on Friday. 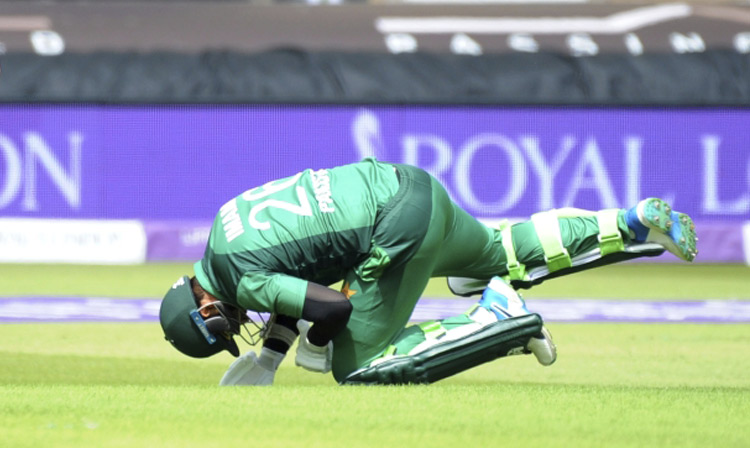 Imam-ul Haq falls down after injuring his hand in Nottingham, England, on Friday.

Imam, fresh from his career-best 151 in the third ODI at Bristol on Tuesday, fell to the ground and winced on the turf in the agony. 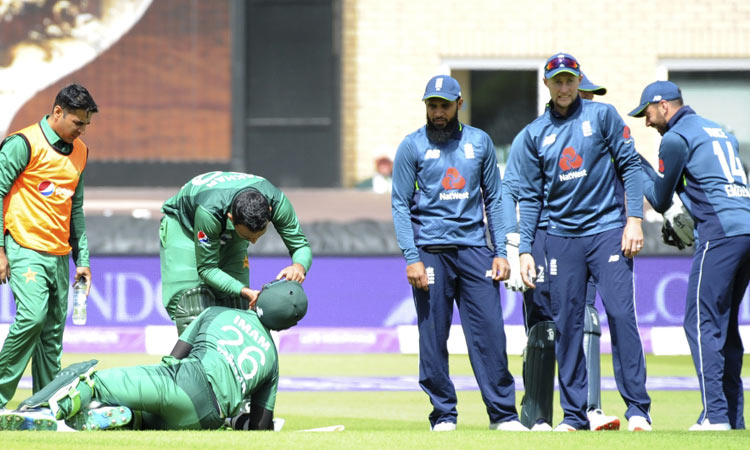 Iman-ul Haq receives treatment after injuring his hand on Friday.

The 23-year-old nephew of Pakistan great and selection chief Inzamam-ul Haq then had several minutes' treatment before retiring hurt on three not out, with the tourists then nine without loss.