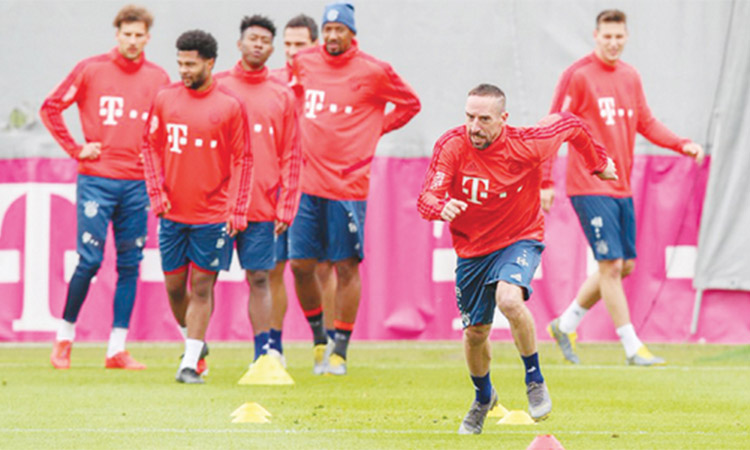 Bayern Munich players attend a training session ahead of their German League match against Eintracht Frankfurt.

Berlin: Bayern Munich coach Niko Kovac and his Borussia Dortmund counterpart Lucien Favre both face a trip down memory lane on Saturday as the Bundesliga braces itself for the most nail-biting season finale in years.

Both Kovac and Favre will face their former clubs on a much-anticipated final day, as the title race goes down to the last weekend of the season for the first time since 2010.

Bayern currently sit two points ahead of Dortmund, and can claim a seventh straight league crown if they avoid defeat at home by Kovac’s old club Eintracht Frankfurt on Saturday.

Dortmund, meanwhile, travel to Favre’s old hunting ground at Borussia Moenchengladbach, knowing that they can only be crowned champions if they win and Bayern lose.

“We need to focus on our game,” said Favre on Thursday, adding that Dortmund needed to be prepared for all eventualities against Gladbach, whom he coached between 2011 and 2015.

“They play well on the counter-attack, but they can also press high up the pitch, and they need to win too,” he said. There is more than the title at stake on Saturday, with both Gladbach and Frankfurt still in the running for Champions League qualification.

Dortmund sporting director Michael Zorc joked on Thursday that he would not send Frankfurt a crate of beer if they beat Bayern.

“They have something to play for, so they don’t need any extra motivation,” he said. Zorc admitted that Bayern were in “pole position”, but confirmed that the club were making plans for a potential title celebration in the Dortmund town centre.

“We are hugely looking forward to the game, and the excitement will rise when we are on the way to the stadium, those are nice moments,” he said.

Bayern coach Kovac said on Thursday that he was proud to be on the verge of the title, having trailed Dortmund by nine points in December.

“In winter, we just hoped we would have any chance at all on the final day, and now we are in the comfortable situation of having it in our own hands,” he said. 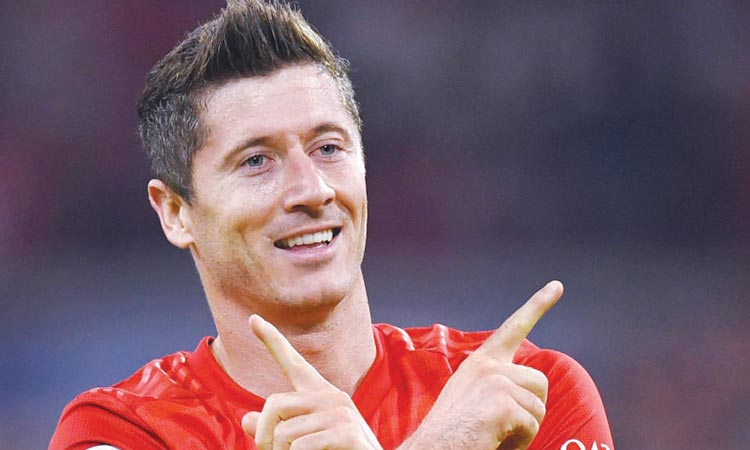 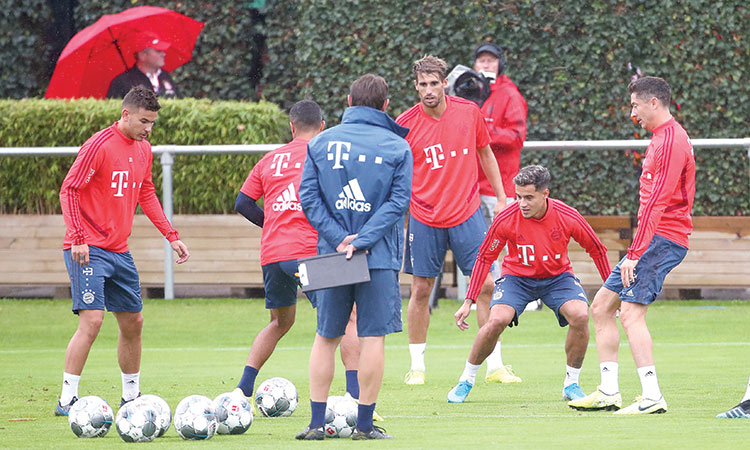 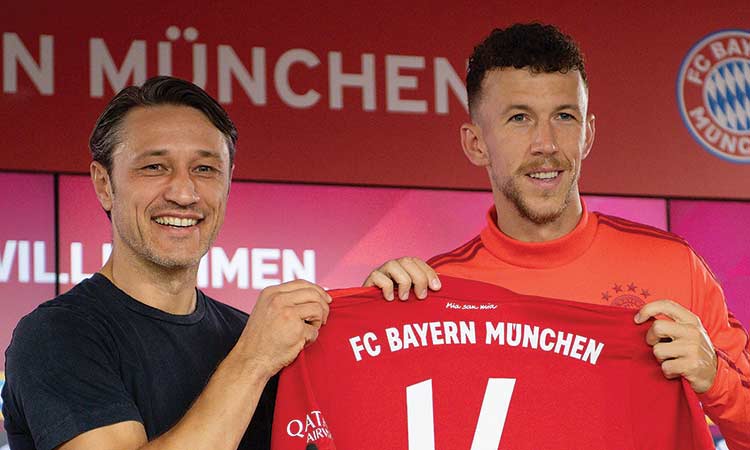 Berlin: New loan signings Ivan Perisic and Philippe Coutinho both hope to make their Bundesliga debuts as champions Bayern Munich attempt to reboot a rocky start to the season at Schalke on Saturday. Perisic and Coutinho, both of whom arrived in Munich on loan this month, will be in the squad for the first time