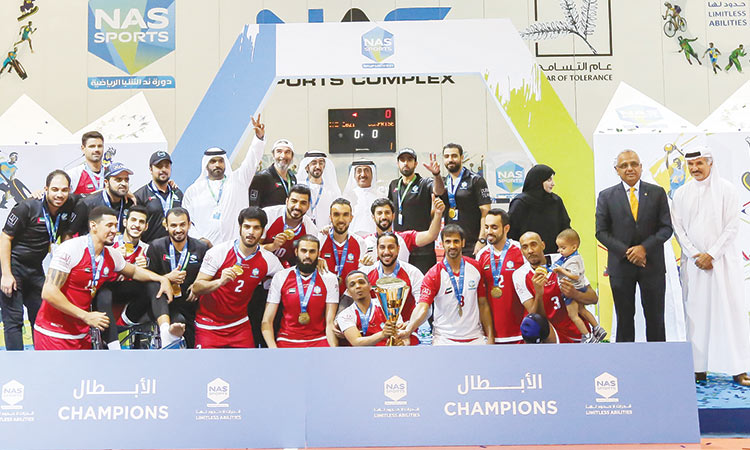 Dubai 2021 team pose with their trophy along with officials after winning the NAS Volleyball Championship title.

Cheered on by the packed stands, Dubai 2021 rallied from a set down to beat Surprise 3-1 and win a fourth NAS Volleyball Championship title for the franchise.

Congratulating both teams on their fantastic performance in the final, Sheikh Hasher said: “The strong level of the two teams was a pleasant surprise for me personally, but a confirmation of this tournament’s high repute, quality and competitiveness.

“I am sure this tournament and matches like this will be of great benefit to the Emirati players involved, and will also motivate all the youngsters who were present in the stands to play sports and embrace a physically active lifestyle.”

“This is a fantastic tournament and we are very, very happy to support this event,” said Cidambi.

“The crowds have been great and the matches have been amazing. So we are really happy to be here and to be the Platinum Sponsors for the NAS Sports Tournament.

“We are also proud of all the athletes who participate here and the organisers, who put together this wonderful event in the Holy Month of Ramadan, and we are very happy that so many people come here every evening to watch the matches.”

In the NAS Cricket T10 Championship, which is taking place at the Wombats Cricket Ground in Jebel Ali, a fine all-round performance from Suneth Sampath helped DHL punch their tickets to the quarter-final from Pool 8 with a 12-run win over White Caps Cricket Club.

Sampath then came back to take four wickets from his two overs to help restrict the White Caps to 105 for 9.

Taking a wicket with the second ball of his first over, he dismissed three in his second, which was the penultimate over of the innings, to shatter White Caps’ hopes of a win.

This was DHL’s second win in two matches. They had earlier started their campaign in the tournament with a massive 66 run win over Seamark Royals.

In the other match of the night, Ahsan Abbas blasted a 31-ball 70 (6x4s, 4x6s) and took 2-15 as King Khalid drubbed CPD Knight Riders by 67 runs for a consolation win as Dubai Exiles have already booked their tickets to the quarterfinals from Pool 1 with two wins from two games. 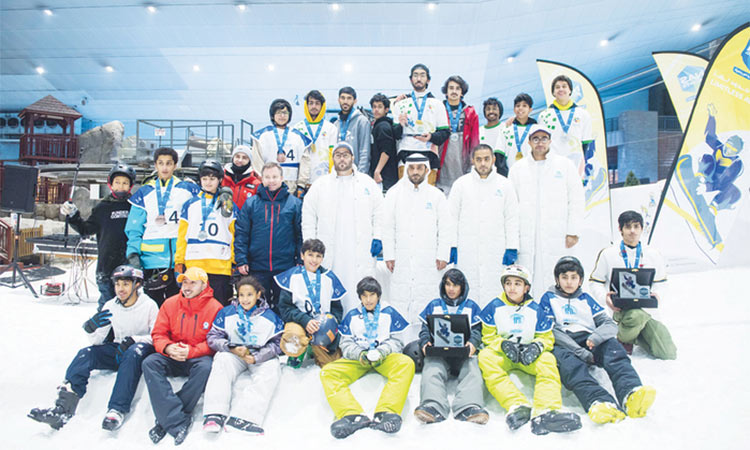 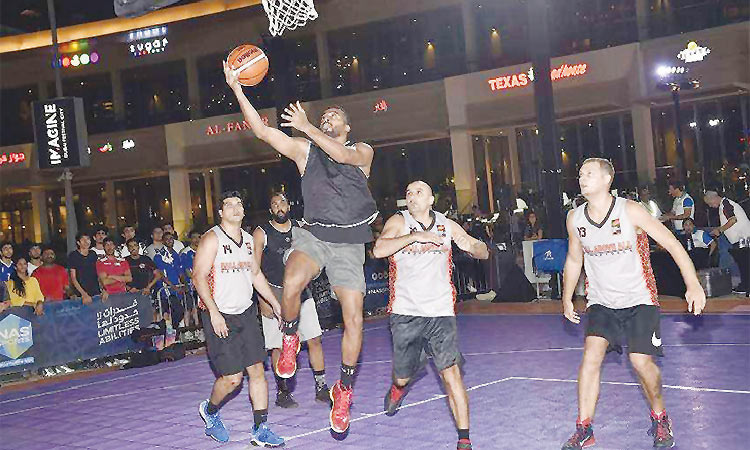