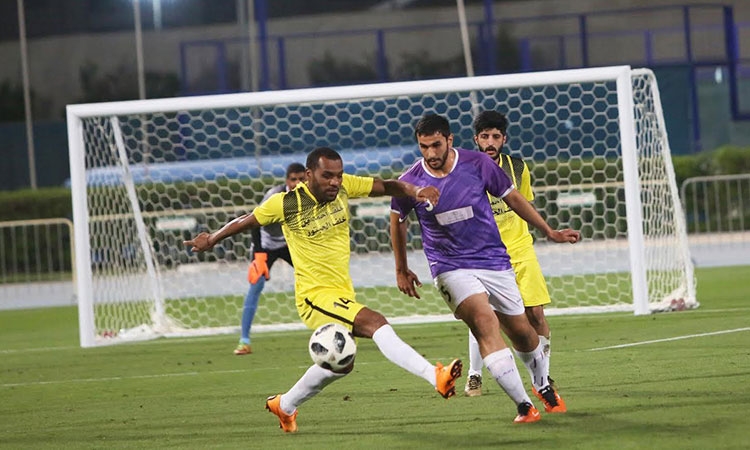 Players of Al Habtoor and Al Ain in action during their Sheikh Maktoum Bin Rashid Ramadan Football Championship at the Dubai Police Club.

Debutants Al Habtoor boosted their hopes of reaching the quarter-finals of the ninth edition of the Sheikh Maktoum Bin Rashid Ramadan Football Championship at the Dubai Police Club.

Former UAE and Al Wasl striker Mohammad Omar was also in the colours of Al Habtoor.

Omar represented the national team on 102 occasions, scoring 28 goals. He was the captain of the UAE team from 2002 to 2008, and at club level he served at several clubs, including Al Ain, Al Jazira, Al Dhafra, Al Nasr, Ajman Club and the club from where his career took off, Al Wasl. For some time, he even served as CEO for Mumbai Tigers FC in India.

"The Sheikh Maktoum Bin Rashid Ramadan Football Championship have gained wide popularity over the past years as they have been among the most prestigious tournaments in the UAE,” said Omar.

Meanwhile, Colonel Khalfan Al Jallaf, of the General Department of Community Happiness, thanked Dubai Police Commander-in-Chief Major General Abdullah Khalifa Al Marri for his continuous support to all sports and community activities to confirm the role of the police in the happiness of the community.