We have got all bases covered for World Cup, says coach Shastri - GulfToday

We have got all bases covered for World Cup, says coach Shastri 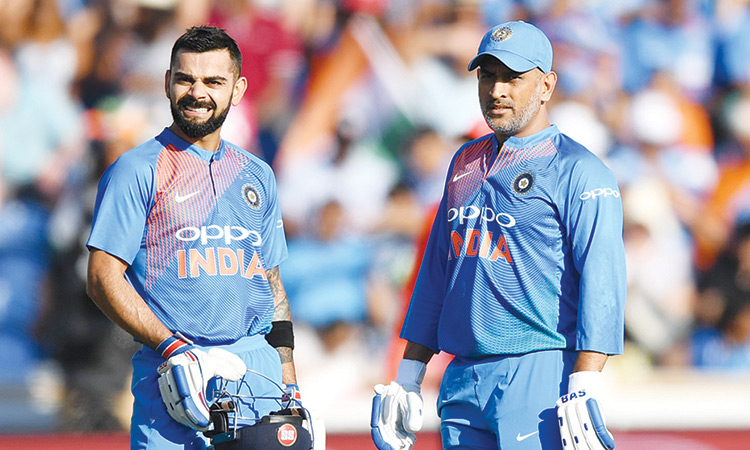 Indian coach Ravi Shastri says the rapport and respect between MS Dhoni and Virat Kohli is tremendous and both individuals are committed towards a common team goal.

India head coach Ravi Shastri believes the team have got all bases covered going into the World Cup slated to be held in England and Wales from May 30.

In an interview with Cricketnext, Shastri said India have a flexible team and have players who can play at any position at any given point of time.

“I think we have got all bases covered, really. Last thing you want is passengers on the tour. You want to have in those 15 players -- a player who can play anytime, at any given time,” Shastri said.

He also said that they have plenty of options for the much-debated number four slot.

Board of Control for Cricket in India (BCCI) had named Vijay Shankar as the number four batsman ahead of Ambati Rayadu because of his “three-dimensional” cricket.

However, Shankar has been in the scanner as he was not able to deliver as per expectations in the just concluded edition of the Indian Premier League (IPL). He scored 244 runs in the 15 matches playing for Sunrisers Hyderabad (SRH).

“I don’t think so because for me we are a flexible team. Its horses for courses, we have got enough ammunition there, enough players who can bat at 4. So, I am not really worried about that,” said Shastri.

During the course of the interview, the India head coach also said that the rapport and respect between MS Dhoni and Virat Kohli is tremendous and both individuals are committed towards a common team goal.

He also pointed out that everyone in the team is aware of the achievements of Dhoni and they learn a lot from the former India skipper.

“Everyone knows and they know what he (Dhoni) has achieved in the game, the stature that he has and then to see the poise and to see the humility. You know his sheer presence -- the composure he brings when he is out there batting or even during (wicket) keeping is something you have just got to watch and learn and try and emulate it,” he said.

The 56-year-old also maintained that the existence of different personalities in the dressing room allows players to express them freely.

“We don’t want all personalities to be the same in the team and then you know all hell will break loose, but you need that. That kind of a passion from Virat, the calmness from MS and each player is different. Rohit can be different from Shikhar. Kuldeep could be different from someone like Hardik. You would want that,” he said.

India will begin their World Cup campaign against South Africa on June 5.

Meanwhile, former India skipper Sourav Ganguly believes that the Men in Blue will miss the services of Rishabh Pant in the upcoming World Cup in England and Wales starting May 30.

Pant was not included in the 15-member World Cup squad with stumper-batsman Dinesh Karthik getting the nod of the selectors. But the 21-year old had a good outing in the Indian Premier League (IPL) for Delhi Capitals and had played a pivotal role in helping the team reach their first playoffs since 2012. “India will miss Rishab Pant at the World Cup,” said Ganguly, who was also Delhi Capitals’ advisor.

Asked if he should be drafted in with Kedar Jadhav injured, Ganguly said: “You can’t say like that. I hope Kedar gets fit, but Pant will be missed.”

Commenting on Rohit’ captaincy after he led Mumbai Indians to a record fourth IPL title in Hyderabad on Sunday, Ganguly rated him as one of the best captains. “He is one of best captains around. Both Mumbai and Chennai are terrific teams,” Ganguly said.